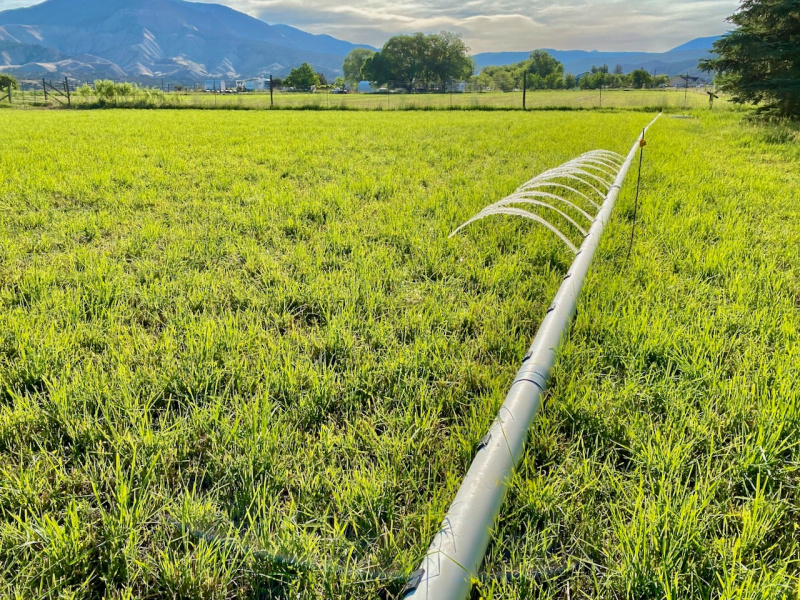 When I was a young child, perhaps four or five years old, I spent hours playing with the water from the hose that soaked my mother’s flower beds, using a trowel to draw channels in the soil to direct the water to particular plants, and shaping earthen dams to capture the flow. Once when my grandparents came for a visit from their faraway home in Florida, my engineer granddad watched me play, and then bent his tall form to my level.

Using a stick, he drew various channel designs in the dirt, and gave me a short lesson in fluvial hydrology, showing me how a curve could slow the water down, a deeper channel would hold more flow, and how “stacking” a series of curves would create meanders to reshape my miniature river. Before my grandmother called him into the house, he also demonstrated how to use pebbles to strengthen the downstream face of my dams, and how to curve the dam to better cup the flow. (My proper Scots grandmother did not approve of her only granddaughter playing in the dirt. She wanted a girly-girl, dressed in ruffles and patent-leather shoes, with flyaway strawberry blond hair neatly confined by the bunny-shaped hair clips she brought me.)

I was fascinated by Granddad’s lesson, and practiced it assiduously after he and grandmother left. I learned how to sculpt a channel so it would keep itself clean and flowing at just the right volume and speed to not flood the plant. And to shape a dam to spread the water out, as well as retain it.

I had forgotten that part of my childhood until I found myself walking the main hayfield at the farm the other day, using the toe of my rubber irrigation boots to clear debris from the shallow channels that carry water from the irrigation pipes across the field. I heard my mother’s voice in my head calling me “Farmer Susie,” and saw her shaking her head with a loving smile as she and my dad wondered where my passion for channeling water, tending plants, and digging weeds came from.

Back then, with a child’s naivete, I thought I would grow up and live on a farm or a ranch, and work with water and plants and horses. How that was going to happen, when I grew up in the suburbs, and neither of my parents had ever worked in agriculture, I never considered. I just knew I would. In my teens and twenties, I worked in a stable, taught riding, helped out with friends’ farms and ranches, and even for a brief time, had my own little acreage and a few horses. Until I went to graduate school, and fell in love with Richard and Molly.

My life turned in the direction of step-motherhood and writing, and tending our little household as we followed Richard’s academic career through nine moves in 14 years, eventually settling in Salida, Colorado, where we bought and revived a half-block of blighted industrial property. Not exactly my dream farm, but it afforded space to replant a swath of native mountain prairie, cultivate an enormous organic kitchen garden (my friends called it my mini-farm), and restore a block of urban creek, reviving its green ribbon of native shrubs and trees and returning its healthy sinuosity, thus applying my granddad’s lessons in fluvial hydrology.

And now, 60 years later, here I am spending spring and part of the summer on the Guy’s small grass-hay farm. My forgotten farm-girl is thriving, happily learning the irrigation system and managing water, digging out and controlling invasive weeds, censusing frogs in the pond, planning pollinator and songbird plantings in the woodlot, and even mucking the dry lot. (Four thousand-pound horses times a bale of hay each day equals more horse manure than you would think!)

“Why do you care about this place?” the Guy asked one night a few weeks ago as we were walking back across the hayfields in the evening after moving a whole slew of irrigation pipe. He was tired, and feeling a bit cranky. I considered as we walked through fragrant grasses, listening to the “pee-nt!” calls of invisible nighthawks as swallows fluttered overhead. I watched the sunset fade over the distant line of Grand Mesa.

“First,” I said, picking my words, “I admire what you’ve done with the place. You took a chunk of played-out land with tumbledown buildings, and turned it into a healthy  farm, with a lovely and well-built house and barns, productive hayfields, and habitat for songbirds and other wildlife.” He nodded and I went on, trying and failing to keep the emotion out of my voice, “Second, the place speaks powerfully about who you are, someone who not only nurtures the fields, but who also tends the rest of the community, human and wild. I love that about you. I want to help.”

He switched on his headlamp and was silent as we walked in the cone of its the light. Finally he said, “Thank you for showing me how you see it.”

There is more I want to say, but he’s not ready to hear it. He’s cautious, slow to trust. So I’m being as patient as I can be. Someday, I’ll add this: “I love the place because it’s yours. I want to belong here, with you–for as long as we have.”

For now, I’m content to irrigate, work with weeds, and plan native plantings to expand the existing wildlife habitat. The orioles are chattering in the towering elms, the catbirds foraging in the garden, and the robins are singing. He and the herd have gone to Wyoming to work, and he trusts me to tend the farm while he’s away.