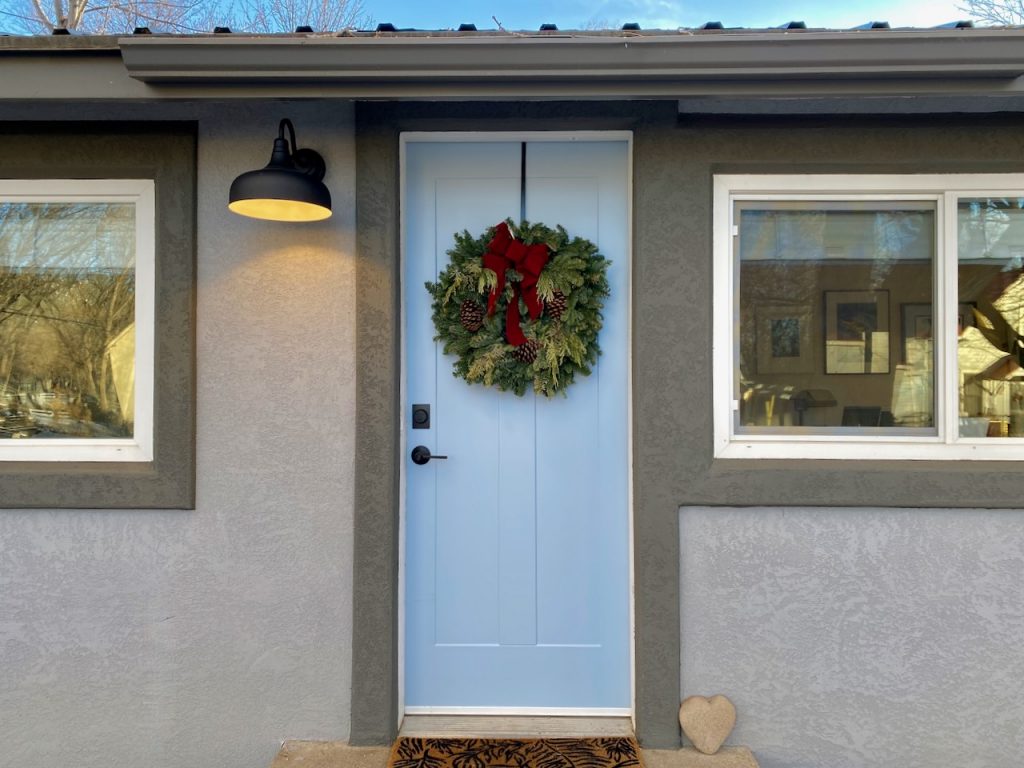 Eleven years and a few months ago, Richard Cabe, the man I had loved for almost three decades, died of brain cancer. We met in graduate school in Laramie, Wyoming, when I was in my 20s, went on one date, and a few months later, I married he and his four-year-old daughter, Molly.

And then promptly packed Molly and as many of our belongings as we could fit into a Subaru hatchback and left for West Virgina, where Richard had a faculty position at West Virginia University.

Two semesters later, we packed ourselves back into that same Subaru and headed west again, landing in Olympia, Washington, where we both worked in state government, and Molly discovered the joys of digging for geoducks, a treehouse in the back yard, and licking slugs (yes, they do numb your tongue!).

Until three years later, when we moved back to the Rockies, to Boulder, Colorado, so that Richard could finish his PhD. In our year there, I wrote my first book, Pieces of Light, A Year on Colorado’s Front Range, a year’s journal of nature and humans in Boulder.

From Boulder, we headed east to Ames, Iowa, for Richard’s post-doc at Iowa State University, in a rental truck with Molly riding between us in the front seat, and our old Volvo station wagon in tow. After two years, Richard scored a professorship at New Mexico State University, so off we headed to Las Cruces in our new (old) Volkswagen camper bus.

Seven years later, after I wrote five books about the North American deserts and Molly graduated from high school, we packed our household and our Sharpei, Perdida, into another rental truck, and set off to return to the Rockies and the small town of Salida, Colorado, where Richard had lived in his childhood. Molly drove our Isuzu SUV, towing a trailer loaded with overflow from the rental truck.

After fifteen years in Salida, I had written six more books and Richard had fulfilled two life dreams–building us a house mostly with his own hands and pursuing abstract sculpture. And then brain cancer altered our paths. (I chronicled that journey in Bless the Birds: Living with Love in a Time of Dying, my 13th book.)

In the aftermath of Richard’s death, I realized two things: I was deeply in debt and I needed to figure out how to earn a living in a hurry after taking two years off to care for he and my mom, who died in the same year. At least as important, after spending nearly three decades adapting to the people I loved and their needs, I didn’t know who I was as a solo adult.

Because of the debt, I had to sell the house Richard built for us, but never finished, and the adjacent historic studio, also not finished. (As a sculptor, mundane stuff like trimming windows, installing baseboard and interior doors, or building cabinet doors and drawers, and finishing bathrooms was not interesting.)

Friends patiently taught me how to use tools and materials to finish both the studio and the house over two years (you know who you are, and you have my sincerest thanks forever!). In the doing, I discovered that I loved learning how buildings worked, and envisioning what they needed.

So once I sold Terraphilia, the big house and the studio, I helped design and build a small house and detached garage with guest studio above. I had never designed a space just for me, and in the process, I learned as much about myself as I did about construction.

Once Creek House and its companion, Treehouse, were finished though, I realized that Salida no longer felt like home. In fact, I was no longer was sure where home was–other than somewhere in the Rocky Mountain region where sagebrush grows.

So I headed back to northwest Wyoming, the last place I had felt at home before going to grad school and meeting Richard and Molly. I bought a once-beautiful mid-century modern house in Cody that, after three decades of neglect, needed a lot of love. My contractor and I spent the next two years bringing it back to life, and then, during the hard winter after my dad died, I sold it and headed south to Santa Fe, where the winters are milder and I have a circle of close writing friends.

In Santa Fe, I bought and re-storyed two condos, one to live in and one to rent, and then sold both and moved out of town to a house with good bones but in need of a lot of love. (The Guy, who I had met in Wyoming that August, drove to Santa Fe to help me move.)

A year later, after finishing Casa Alegría, my real estate sense said it was time to cash out, and my heart wanted to make one more try at Wyoming, so I sold the Casa and headed back to Cody. (Are you dizzy yet?)

Where I bought an ordinary ranch house in desperate need of updating, overlooking the Shoshone River in Cody. I was partly through re-storying that house when, on Thanksgiving weekend, a couple knocked on my door and asked if I would consider selling.

Which I took as a sign from the universe, so I put the house on the market, and ten days later, it sold.

Which is why a year ago, I moved again, this time to the little cottage I had bought as a winter writing escape in Montrose, Colorado, about an hour from the Guy’s farm. The cottage had a partially collapsed foundation and other serious needs, so I spent the rest of the winter and spring giving it a new lease on life, and then left to work at Ring Lake Ranch for the summer.

When I returned to the cottage after Labor Day, I had to admit it was too small for me at 672 square feet. So I finished re-storying it, and sold it to a single-mom teacher looking for a cozy and affordable place to raise her daughter.

And I bought a hundred-year-old bungalow in Paonia, a smaller and quieter town than Montrose. Almost twice the size of the Montrose cottage, with a two-car garage and a shady yard, it seemed like a place I could settle. Of course, it needed a little work.

I happily thinned trees and shrubs in the overgrown yard, oversaw the installation of photovoltaic panels on the roof, dug out under the floors so my contractor could crawl under and shore up sagging floor beams, and generally gave the place the love it needed. (Including the beautiful new front door in the photo at the top of the post.)

Only, and we’re getting to the end of the long story here, I realized that while I enjoy this house and yard, and the charming town of Paonia in this green valley of orchards and small farms, it is not home.

I’m a desert rat: I need sun and sagebrush and wildness nearby to walk. And at 66 years old, I no longer need (or want) the responsibility for a house and a yard. I need more time to write.

So I’m going to put my newly re-storyed Paonia bungalow up for sale and settle into a sunny condo at the north edge of Santa Fe, with coyotes singing from the nearby ridges, and a view of the Sangre de Cristo Range from my back deck. And someone else doing the maintenance!

I’ll visit the farm and Paonia in summers, and the Guy and the horses will come south in winter to a barn outside Santa Fe, a seasonal migration of sorts within our mutual home range, where sagebrush grows wild and mountains line at least one horizon. For me, now, that all feels just right.