Normally, I’m a voracious and eclectic reader. Right now, with two intense writing projects, plus consulting on the launch of a new program on landscaping for wildlife, finish carpentry at this house and beginning construction of the new one, at the end of my workday, I go to bed.

Still, I do have some great books on my to-read stack. Here are three capsule reviews of three books I enjoyed so much I wanted to share them with you.

Journeywoman: Swinging a Hammer in a Man’s World by Kate Braid

It was the summer of 1975, and Kate Braid needed to earn “a chunk of money, fast” to return to college in Vancouver, Canada. How would she get it?

‘Up north.’ Actually, until the words came out of my mouth, I had no plan at all, but in 1975, whenever a guy wanted money in British Columbia, he went ‘up north’–to Kitimat, Smithers, Prince George–and came back with pocketfuls. It was boom days in northern BC…. If a man could earn big money up north, why couldn’t I?

Braid and a woman friend bought camping gear at an Army Surplus store, hitchhiked their way north, “and for the next two weeks applied at every sawmill, paper mill and fish processing plant between Williams Lake and Prince Rupert.” At each one, “the foreman took one look and said, ‘Sorry, girls’….”

The two did finally find work stacking lumber at a planer mill. That summer spent “dancing with lumber,” as Braid puts it, gives her a taste of the world of working with muscles and wood, a world she eventually joins as one of the first women in the overwhelmingly male trades. Braid’s book is a portrait of a time, and a cracking good read. (Read the full review on Story Circle Book Reviews.) 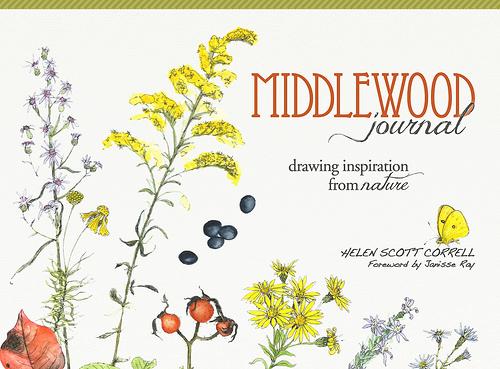 The book cover gives a taste of Helen Scott Correll’s eye, and her art.

You know the sort of book you can pick up, open any page, and be enchanted? Middlewood Journal is that kind of book, because Helen Correll is that kind of observer. The book is a year’s record–in journal entries and gorgeous sketches–of Correll’s daily walks from her house, the Middlewood of the title, through the surrounding countryside of South Carolina’s Piedmont. Correll’s surroundings aren’t grand or particularly wild. But through her eyes and talented hands, they are compelling.

Full disclosure: I wrote a blurb for this book. It begins, “Warning: Middlewood Journal is addictive.” I stand by that claim. It is, in the best possible way: that of inciting wonder. 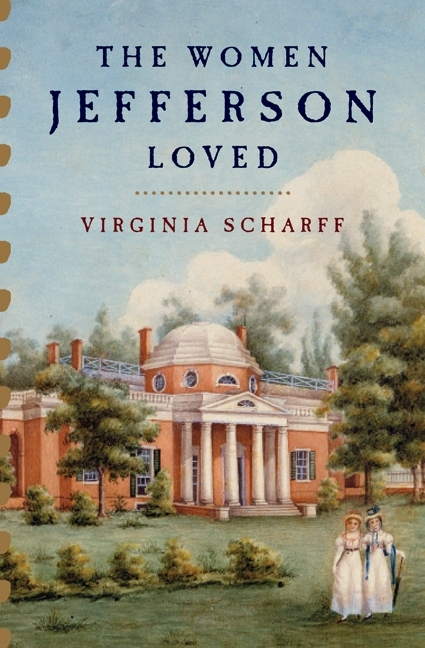 Jefferson’s Monticello, with two of the women he loved strolling the lawn

I picked up this book because I’ve admired Scharff since we became friends in grad school. I kept reading because her view of Jefferson through the lives of the women who in many ways defined him is fascinating. A professor of history at the University of New Mexico, Scharff is a dogged researcher, a creative thinker and an outspoken feminist. She’s also a witty and trenchant writer, as this passage about Jefferson’s mother’s reaction to his early revolutionary views shows:

What was a mother to think, as her son and his compatriots tacked toward treason? Jane Randolph Jefferson had been born in England and reared among British gentry in Virginia. She valued the fine things connected with the mother country. … In ordinary times her men might hold any number of bold ideas or unconventional philosophies, but such notions would have fewer real consequences.

The Women Jefferson Loved brings alive the five key women in Jefferson’s life: his mother, his wife, his daughters, and his mistress, who was also his slave. It’s a great read, and a window into the women–and men–of an extraordinary time. 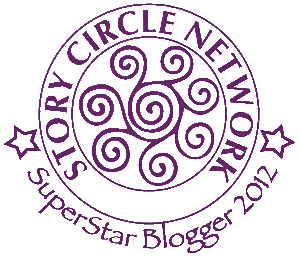 And now that brag:

Every year Story Circle Network, a national association of writers of memoir and life-stories, picks a blogger for the previous year to honor with their “Super Star Blogger Award.” This time around, it’s me, for this very blog. I’m deeply honored. Thank you, writing sisters!

And thank you, community of readers, for walking this journey with me.