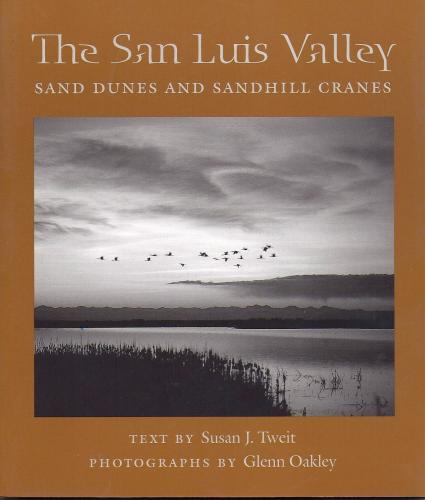 At the end of Tweit’s pen mountains dance with the same energy and dynamism as courting cranes. — Journal of the West

From the opening of the book:

The cranes called to me one windy autumn night. I lay on the couch, absorbed in a novel when a distant sound—compelling, familiar—propelled me upright to listen. There it was again, faint but unmistakable: “khrrrr, khrrrr,” the throaty cry of sandhill cranes.

I rushed outside to search the sky. The wind hummed in the power lines; stars spangled the heavens, but I couldn’t pick out the wide-winged and long-necked forms of cranes in the darkness. As my husband, Richard, came out and put his arm around me, their voices sounded again from high overhead: “khrrrr, khrrrr!” We listened as the cranes called back and forth, their tremulous and wild cries a vocal tether linking the invisible flock as the birds migrated through the night, carried on the wind.

The haunting calls grew fainter until at last the cranes were gone. Although we could not see the birds, we knew where they were headed in the moonless night: over the pass to the ponds and marshes that dot the high desert of the San Luis Valley. …