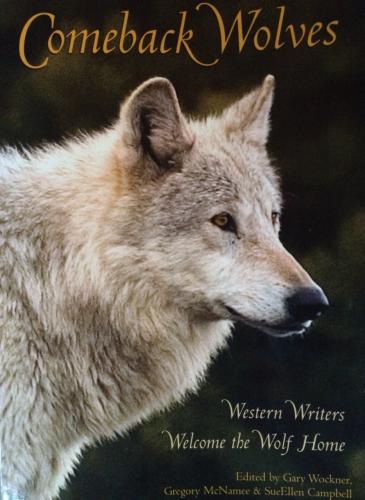 “One foggy September morning I slipped out of a motel room at dawn with my Great Dane, Isis, headed for the banks of the Yellowstone River in Gardener, Montana, just north of Yellowstone National Park. Clouds hung low over the peaks. As we trotted along, I sucked in breaths of air that smelled like snow.

Isis suddenly stopped in the middle of the empty street. Her dish-antenna-sized ears swung forward and her ruff stood erect. An instant later, I caught the sound she’d heard: a couple of distant barks followed by a long ululating howl. That drawn-out howl came again, full-throated notes starting low, rising to a peak, then slowly singing away: ‘Ooooooooooooooo!’

‘Wolves!’ I said to Isis and raced back to the motel to rouse my husband.

Later that day, peering through a telescope as wet flakes of snow fell around us, we watched a pack relaxing: five wolves, two black, one Husky-gray, and two coyote-colored, curled up and snoozing in autumn-cured grass. One stood up, shook the snow off its thick fur, stretched languidly–I could almost hear its spine cracking–and then curled up again, very much at home.” ….