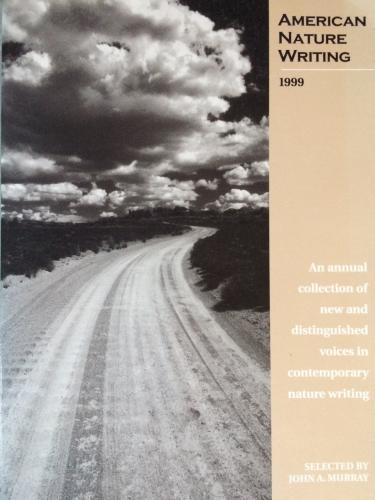 Edited by John A. Murray

The beginning of my essay, “Sanctuary,” about Dripping Springs Natural Area near Las Cruces, New Mexico, and excerpted from my memoir of life in the Chihuahuan Desert, Barren, Wild & Worthless:

On the first of April in 1918, Robert Lewis Cabe boarded a train in tiny Hampton, Arkansas, bound for Crossett to see a doctor at Crossett Hospital. Reverend Cabe, a circuit-riding Methodist preacher, had been ill for months. His parishioners, concerned about his deteriorating health, had taken up a collection to pay for a two-month recuperative vacation.

After what Reverend Cabe’s journal describes as “a most extremely thorough examination,” Dr. J. E. Sparks of Crossett Hospital delivered the verdict: “Tuberculosis in a very active form.” His advice: “Go West at once if you expect to live.” The doctor recommended New Mexico.

Although the elegant script in Reverend Cabe’s journal does not reveal his feelings, the diagnosis–essentially a death sentence–must have stunned him. He was in his thirties and his life was going well; he loved his work. He and his wife, Sarah Della Hope, who was then six months pregnant, had five young children and a comfortable house with a big garden and a cow.

…. Two weeks later, having sold their house and most of their belongings, the family boarded a train “in a great downpour of rain,” on their way to the desert Southwest. The following night, my husband’s grandfather and his family reached El Paso, Texas, in the Chihuahuan Desert where Texas, New Mexico and Old México meet. There they stopped.

…, Until Richard was offered a teaching job in Las Cruces, we had paid little attention to Cabe family history. We did know that Richard’s grandfather was buried in El Paso, Texas, just forty miles south of our new home, but we didn’t know why. On a visit to Arkansas before we moved, Richard questioned his parents: Why was his grandfather buried in El Paso when his father had grown up in Arkansas? How long had the family lived in the Chihuahuan Desert? What had taken them there, so far from home? …. In answer, Richard’s mother dug out Reverend Cabe’s diaries. ….