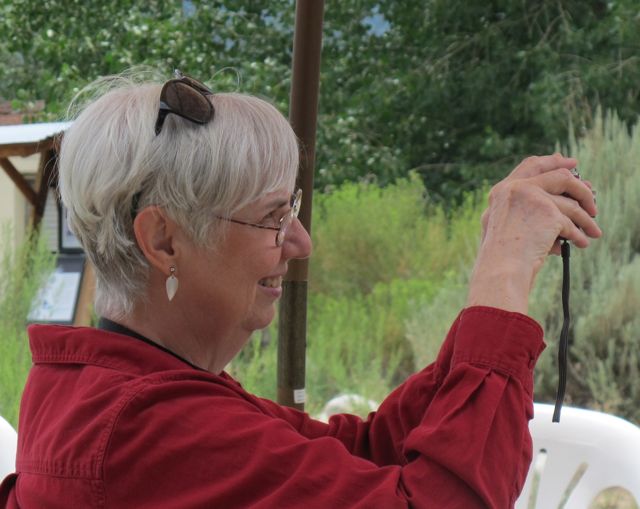 My sister-in-law, Letitia Cabe Hitz, taking photos of the match for Miss Alice, who loves nothing better than a big party and would have competed vigorously at pétanque!

In my post about the celebration of Richard’s birthday, I bragged about the extended Tweit side of my family. It’s time to say thanks to the Cabe side too.

Two of Richard’s three siblings made it to last Saturday’s festivities, and several of their kids and grand-kids came as well. Richard’s sister Tish gets the award for driving the farthest, having made the 14-hour-drive from her home in Northwest Arkansas. Since she’s about as comfortable in big crowds as I am (not!), I have to add a shout-out to her for being good-natured about attending the event and for shooting photos to take back to my 94-year-old mother-in-law, Miss Alice.

Richard’s older brother, Ron, didn’t have so far to drive–he lives across town–but he gets the award for bringing the most family members: six, including my sister-in-law, Bonnie; his eldest, Jennifer and her husband Paul (who flew in from Washington, DC, so he gets the flying-farthest award); and middle son Andrew, who came with his wife, Jenny, and their kids, Collin and Madalyn. 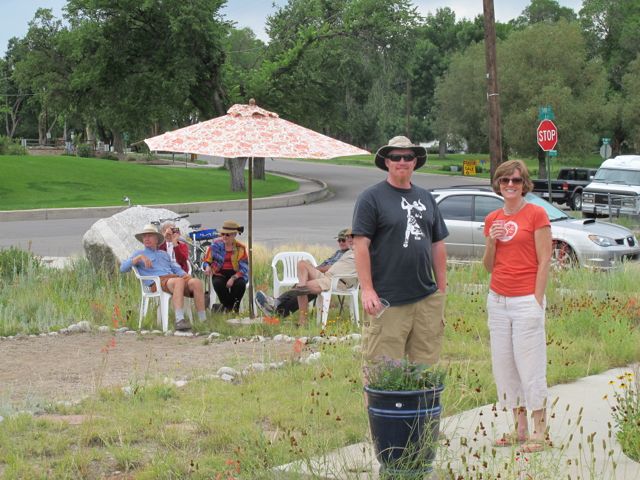 Friends Tim and Donna from Albuquerque, honorary Cabes after all these years (Donna was also one of Richard’s grad students at NMSU). Bonnie Cabe is in the center back next to the umbrella pole, Ron is hidden behind Tim.

Actually, Ron brought nine, counting friends who have been part of Cabe family gatherings for so long that they seem like family even if they’re not related genetically.

It’s not just about who from the Cabe side of the family came to pétanque. They’ve all been wonderfully supportive through this journey with Richard’s brain cancer and beyond. Their kindness is a real gift, one I hope never to take for granted.

Jennifer, who is the executive director of Tucson’s Canyon Ranch Institute, which promotes integrative and community health worldwide, took time to visit the sculpture park and Richard’s “Matriculation” with me on Sunday. We talked about death and fairness, and that conversation eased me past another chunk of the loss I’ve been feeling especially keenly now, around the anniversary of his 62nd birthday. 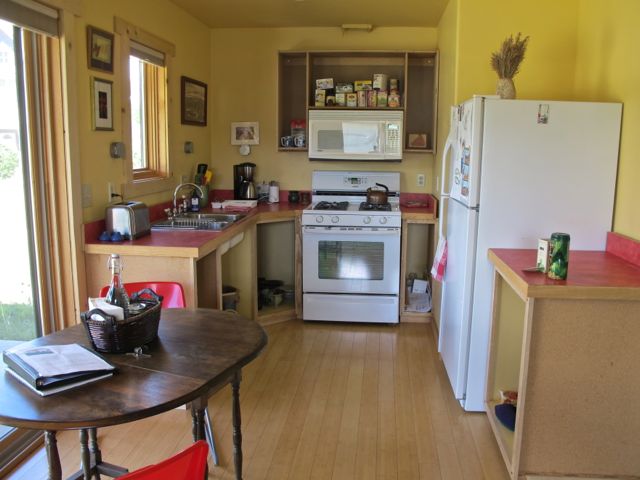 The guest cottage kitchen with the new upper cabinet and microwave/range hood on the wall, instead of occupying a third of the counter space….

Jennifer’s brother Andrew, husband of Jenny, father of impish Collin and charming Madalyn, stayed an extra two days to continue his work on the guest cottage. Andrew inherited Richard’s woodworking meme, and has been applying his impressive talents to finishing the many projects his “Unc” didn’t get to, including trim and kitchen cabinets in the guest cottage.

As a result, the cottage now boasts a new cabinet above the stove, and the microwave/range hood, which has hogged space on one of the counters in that tiny kitchen for, well, six years, is now up on the wall where it belongs. (The trim around the windows and doors and the face frames on the lower cabinets are Andrew’s work too.)

I’m feeling blessed to have the gift of two loving and supportive families, both Cabes and Tweits. As Richard used to say, “I’m a fortunate person.” Thank you all, for sticking with me! 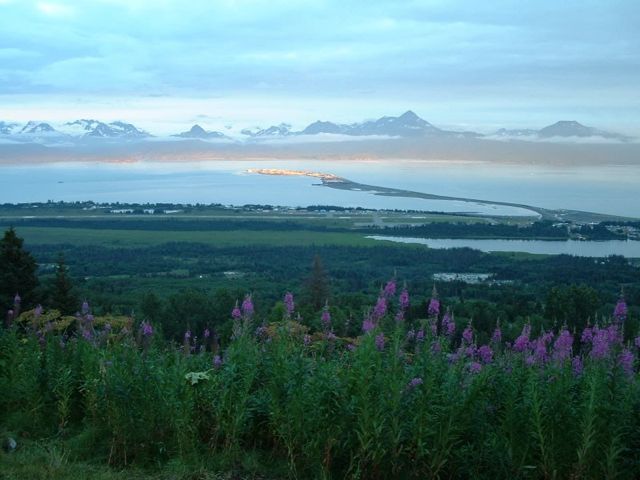 Tomorrow I’m headed to Alaska’s Kenai Peninsula, one spectacular part of that entirely spectacular state, to give a talk at TEDxHomer on Thursday, 7/26. You can watch/listen to me speak about “Love Every Moment: Play for Life–and Death,” my take on living mindfully and lovingly until the end, at 7:58 pm Alaska Time (9:58 pm here in RMT) on the TEDxHomer livestream.

The subject of my TEDx talk seems eerily appropriate after the mass shooting at the movie theatre in Aurora last night. My heart goes out to the families of those affected, including the shooter, who must be pretty sick indeed to have caused such carnage. May each of those affected get the help and comfort they need to heal. And may we all resolve to live our lives in loving kindness….