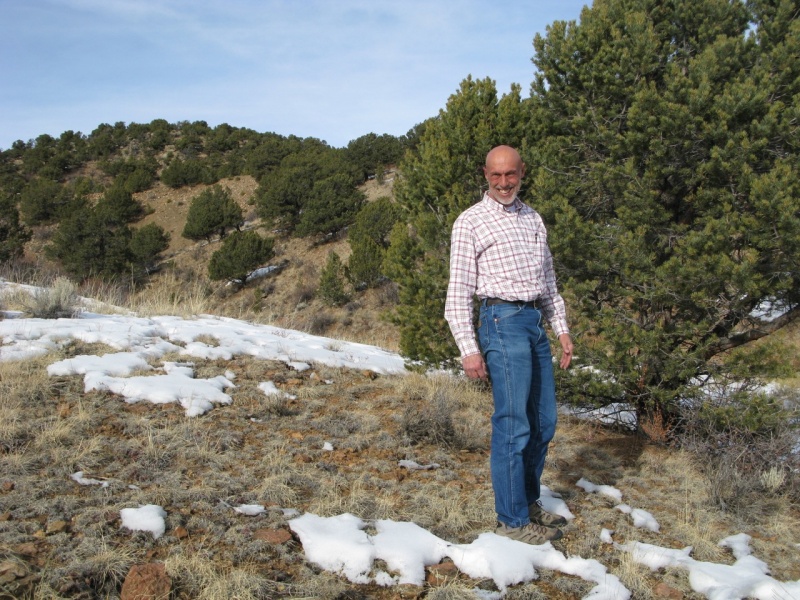 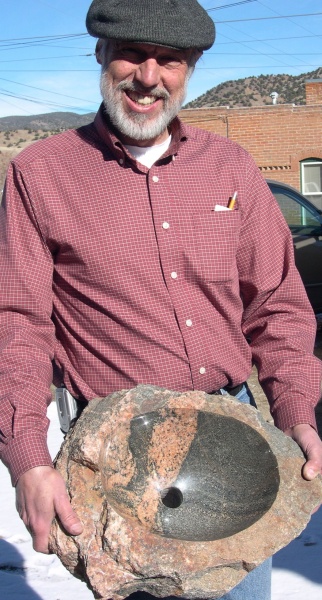 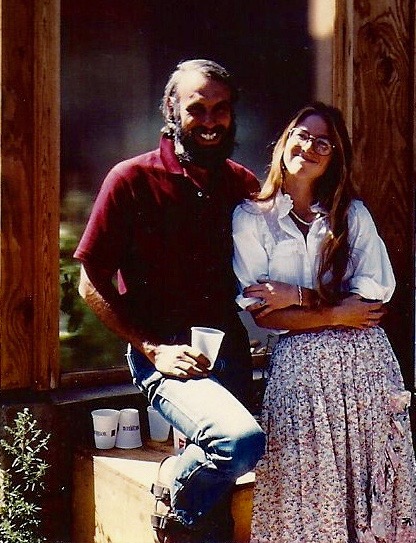 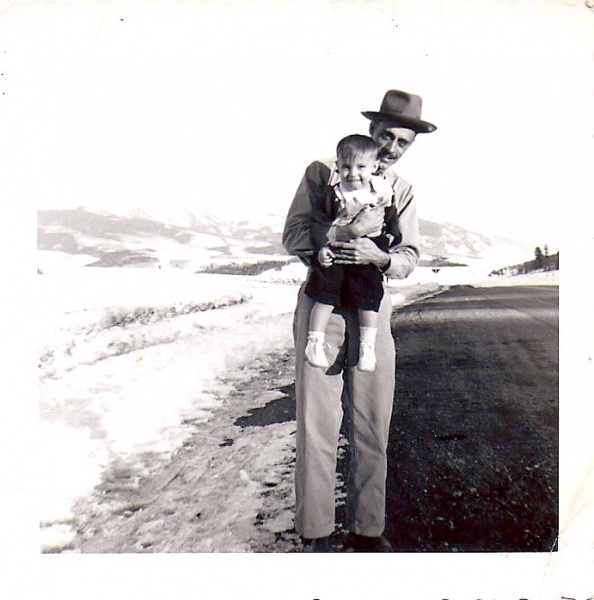 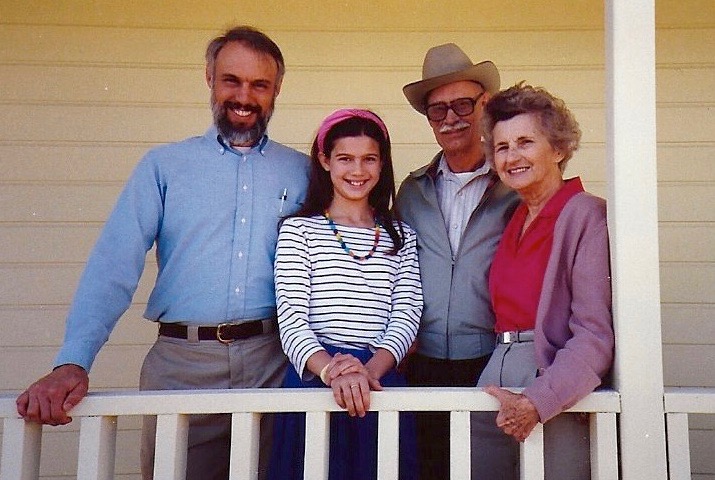 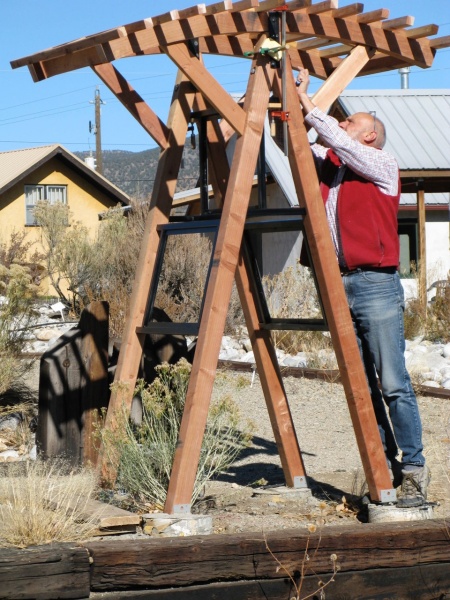 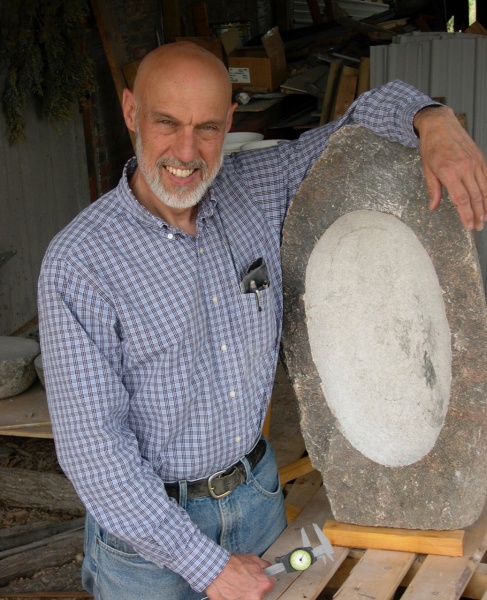 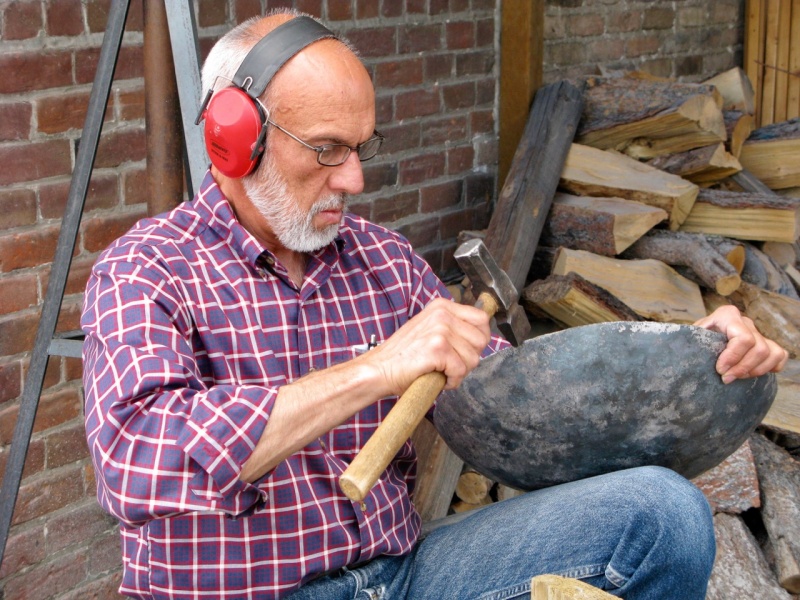 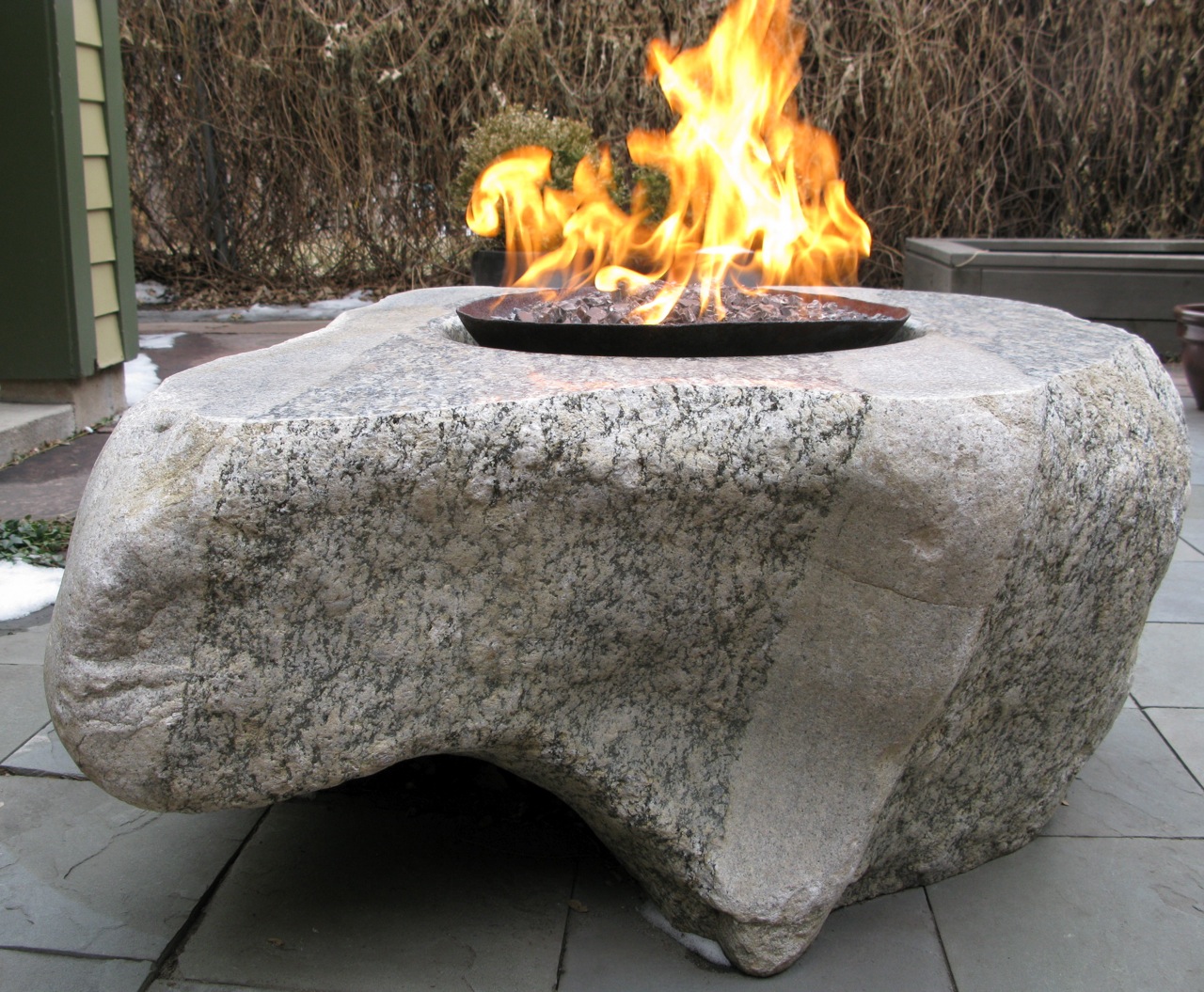 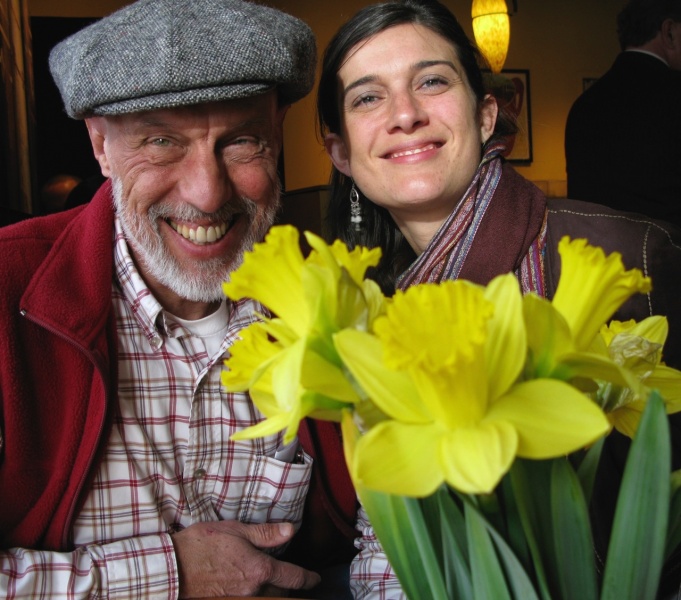 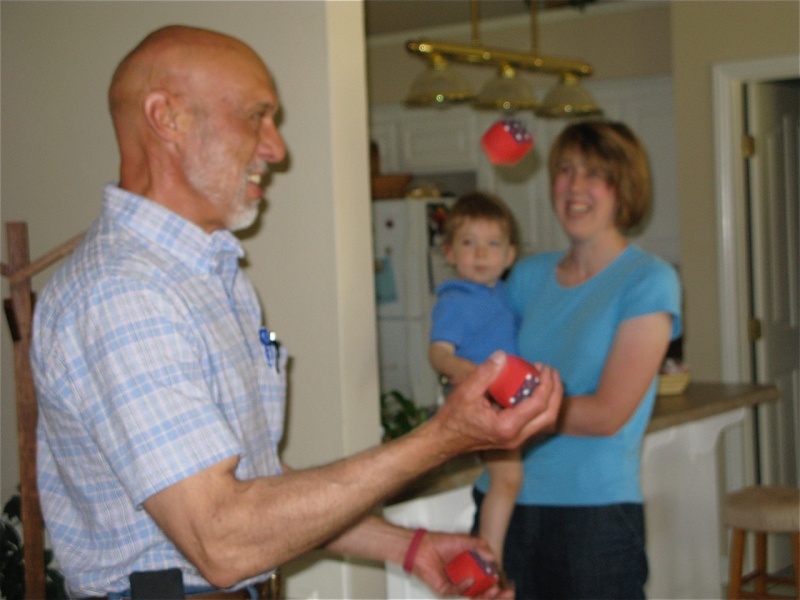 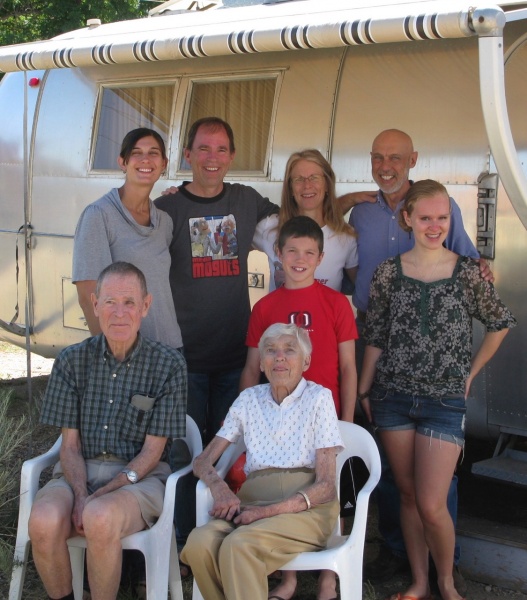 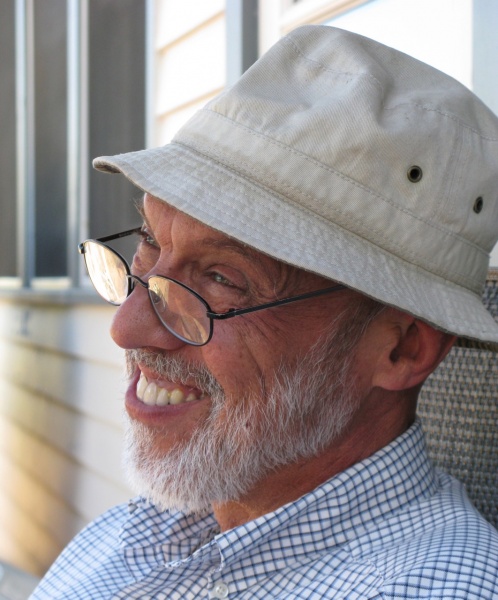 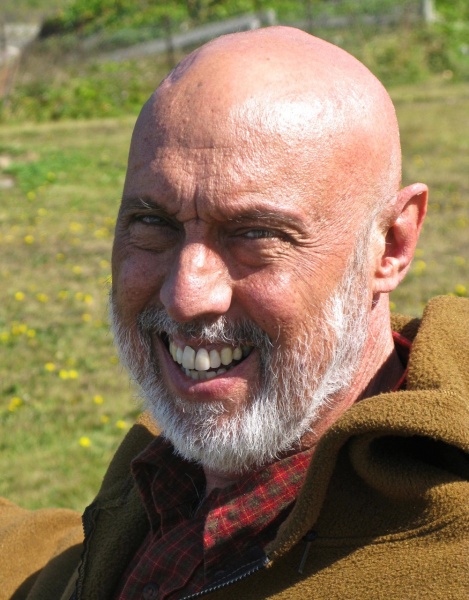 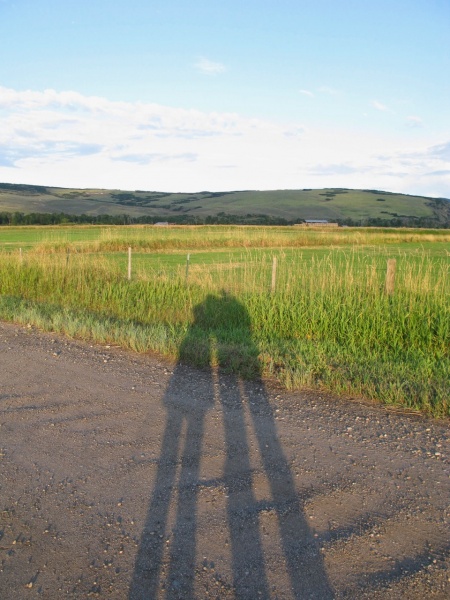 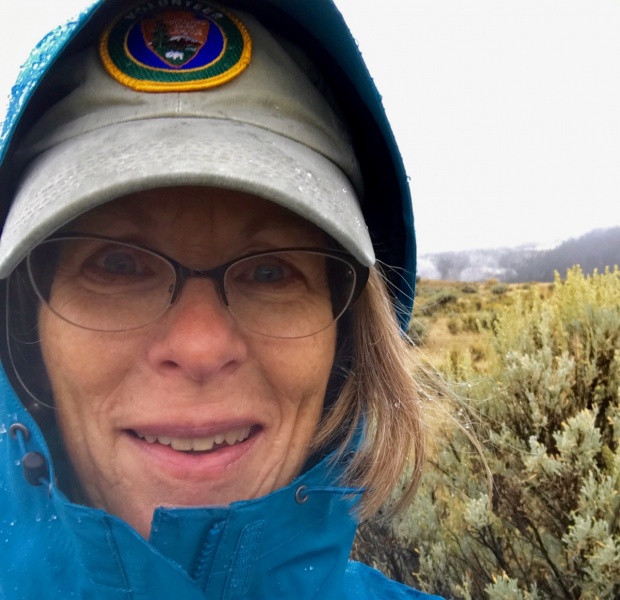 Last week, I headed for Yellowstone National Park for my final invasive-weed-digging session of the summer. I left the day the first fall storm blasted the park, and because of snow and accidents on the mountain passes, I took the long way around, driving north to Interstate 90 at Laurel, Montana, then west to Livingston, and then south to Mammoth Hot Springs, where I'm based for my volunteer work.

Taking the long way turned what is usually a three-hour commute into five-plus hours. In howling wind and slashing rain. Still, when I got to Mammoth, I put on my rain gear, dug out my plant knife and bear spray, and headed up the Beaver Ponds Trail to check out a patch of spotted knapweed (Centuarea maculosa) I had discovered on my last trip. (There I am in the photo at the top of the post, wet, a bit cold, but happy.)

I spent a couple of hours surveying my various weeding sites, and then called it a day.

That night, I went to sleep to rain pattering on the roof of Red's topper, a soothing sound after a long drought has filled much of the West's air with forest-fire smoke. I woke to silence, the eerie strangled whistle of a bull elk bugling his harem, and… Snow. 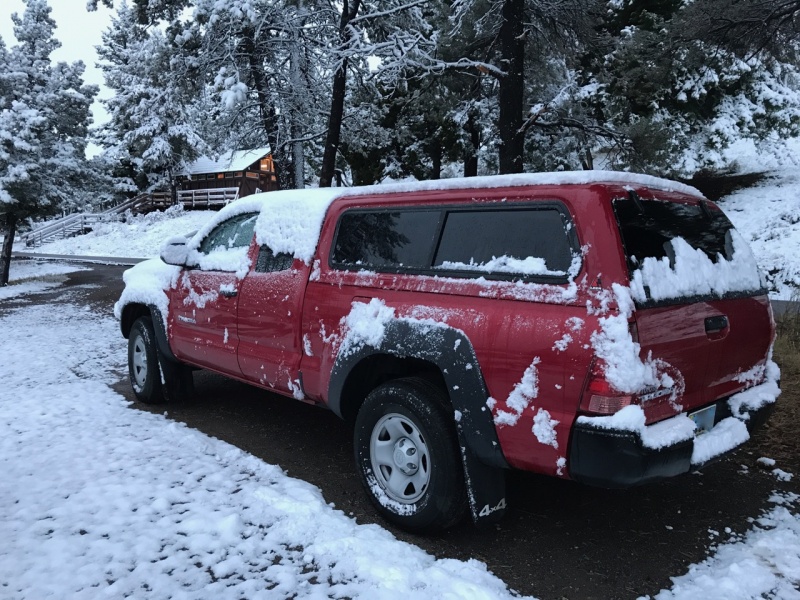 Red in the snow at the Mammoth Campground before dawn.

White, wet, and cold. After boiling water on Red's tailgate and making my breakfast (organic instant oatmeal with dried cranberries and raisins), I checked the weather. The temperature was 28 degrees F; the forecast predicted positively balmy mid-forties by afternoon. I decided to let the day warm up a bit before heading out with plant knife and bear spray in hand.

I took a short hike to survey a spot where knapweed had been reported and watched a flock of at least 200 mountain bluebirds feeding in the shortgrass grasslands (I couldn't get close enough to shoot a photo). The mass of vivid blue bluebirds fluttering as they snatched half-frozen insects out of the air looked like it was snowing chips of blue sky!

That afternoon I spent a satisfying few hours filling a 33-gallon trash bag with knapweed carcasses. The soil was so wet that the plants popped out of the ground, root and all, with leverage from my plant knife and my hands. 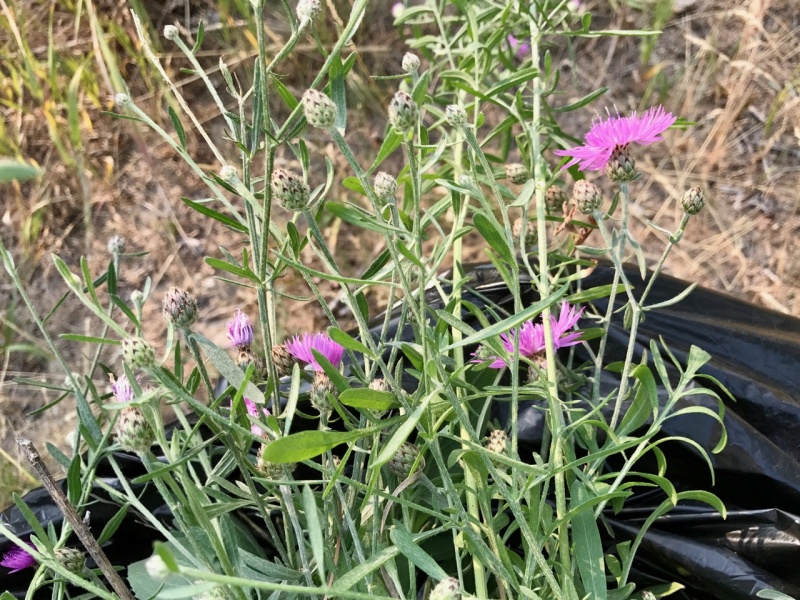 Spotted knapweed or Centuarea maculosa in the language of science. Don't let those pretty purple flowers fool you, this plant is a killer.

If you don't know spotted knapweed, here's the short explanation for why someone who loves plants and biodiversity spends her precious free time volunteering to kill them: Centaurea maculosa is native to Eurasia, where it has a place in the natural communities. On this continent, the plant has no long-term beneficial relationships with pollinators, songbirds, or grazers; it takes up space without contributing substantially. Worse yet, it exudes poisons out of its roots that kill surrounding plants, allowing knapweed to push those plants out, harm the ecosystem and dominate whole areas.

I've seen places where spotted knapweed rings centuries-old, head-high big sagebrush (Artemisia tridentata) and gradually kills these shrubs that form the sheltering overstory for valleys and basins, much like coniferous trees provide the canopy for the mountain forests.

I'm on a mission to help restore the shrubland and grassland communities of the northern part of Yellowstone, in particular those old-growth big sagebrush stands that are increasingly rare outside the park. The tallest big sagebrush grow where soils are deepest and most fertile, so they have long been plowed for farm fields and hay pastures. The 250 or so species that depend on big sagebrush, from pronghorn antelope and pygmy rabbits to sage-grouse and flashy black-and-white sagebrush sheepmoths suffer when these stands disappear.

So I dig knapweed, working on my hands and knees with my trusty plant knife, speaking quietly to the sagebrush as I remove the knapweed and their killing roots from the soil. "Hang in there, Grandmothers," I say, applying leverage to the handle of my plant knife to grub out a particularly huge clump of knapweed with a foot-long root. "I'm working on restoring your soil. Don't give up yet!" 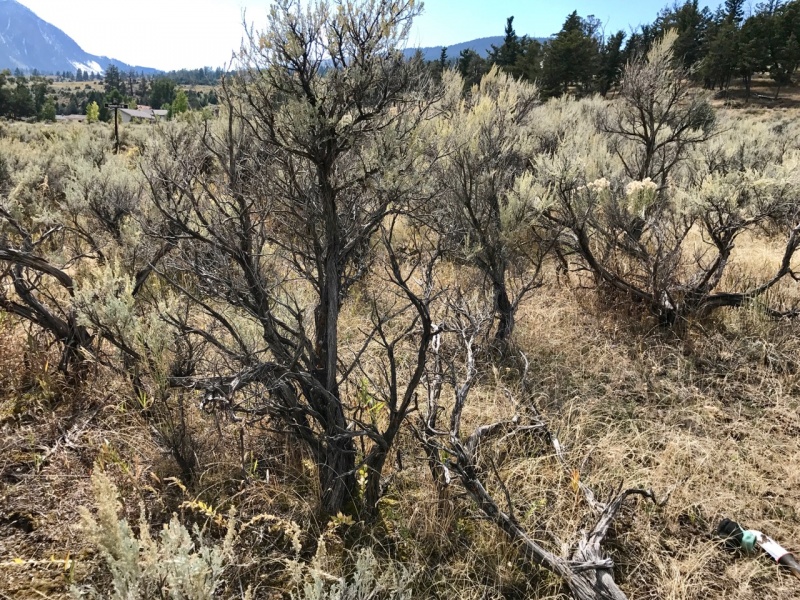 A big sagebrush taller than I am and at least several centuries old slowly being poisoned by a colony of spotted knapweed.

So my weeding days go, some sunny and warm, some chill and windy. I dig until my legs and fingers cramp, and then take time to read and think and wander favorite trails.

Monday morning I woke in before dawn as the darkness eased, hearing a bull elk give his piercing and strangled whistle very nearby. I sat up in my sleeping bag, but there wasn't enough light yet to see where he was. About half an hour later, when I was up and dressed, and had my camp stove on Red's tailgate boiling water for my oatmeal, he began to bugle again.

Soon, there was crashing on the hillside. Half a dozen cow elk appeared, trotting down the steep slope. A few of them stopped to chow down on the chokecherry shrubs at the neighboring campsite, for all the world as if they were in a buffet line. 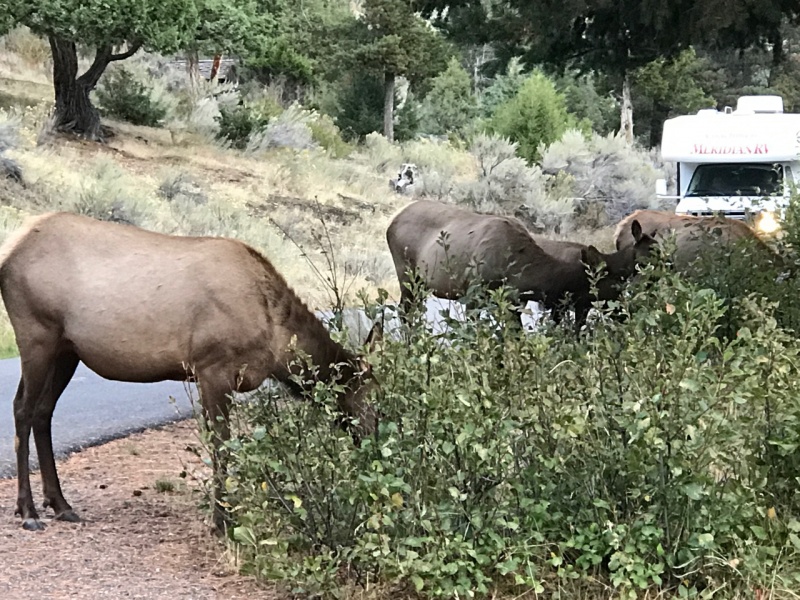 More cows trotted down the hill. The bull wheezed and whistled, the sound coming closer. More cows ambled by, some with late calves following.

Just as I sat on the tailgate with my cup of hot oatmeal, Mr. Stud himself appeared, all hormones with rack high, pushing the last of his two-dozen-cow harem right through my campsite. I retreated into Red's topper as he stopped a few yards away and looked around as if to say, "I'm here. Where is the party?" 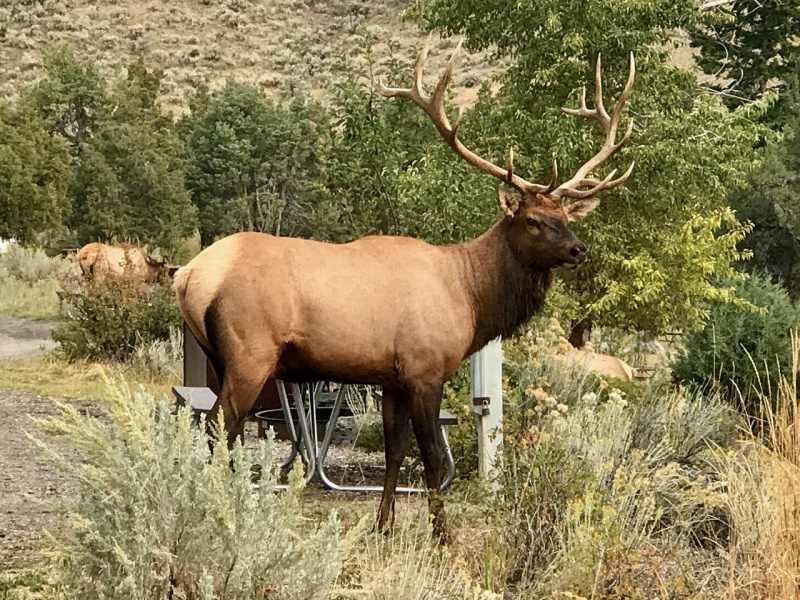 A good way to begin my 61st birthday!

After the show and breakfast, I packed up my trash bags, plant knife, and bear spray, and went back to work digging knapweed.

At the end of the day, I relaxed in the lounge at the Mammoth Hotel Dining Room over a shot of very good Montana micro-distillery whisky and a serving of warm huckleberry cobbler with local vanilla ice cream. 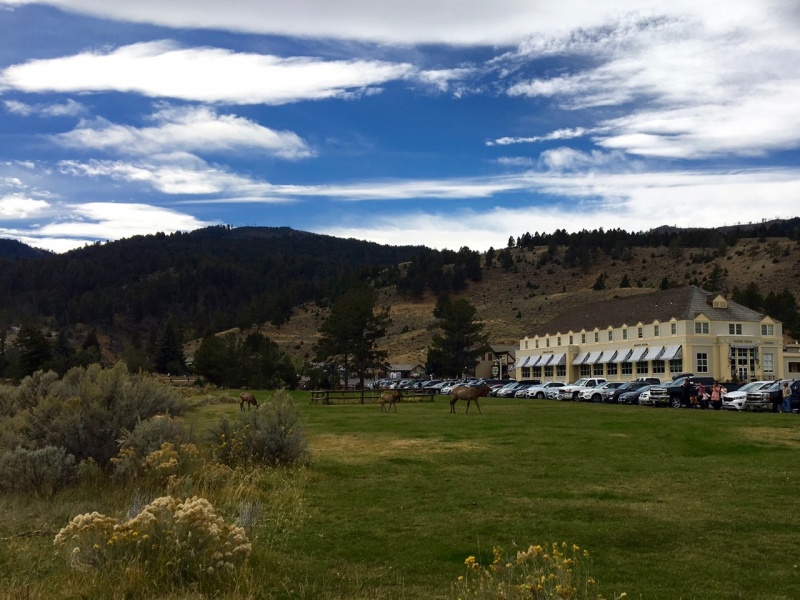 The Dining Room and Lounge in summer, with elk lounging on the old parade ground, ogled by visitors.

Sixty-one is a difficult milestone for me. Not because I fear being old. For one who wasn't expected to live past my twenties, each year is a blessing. I've earned these wrinkles and the silver hairs shining through the red.

It's difficult because sixty-one is the age when Richard, the love of my life and my husband for the better part of three decades, died of brain cancer. I will be older than him soon, and forever after. As I live on, the years we spent together recede. That is hard.

It is easier to bear the grief when I have useful work. Which is why I volunteer to dig invasive weeds in the landscape I love. And why I write. Because in this time of drawing lines between "us" and "them," of hating those who are different; in this time of global climate change, of hurricanes so powedeful we have never seen their like or the scale of their destruction before, of tragic earthquakes, doing something to heal this earth and we who share it is more important than ever.

I believe love wins in the end. And I do love this earth and the lives who work together to make it home to us all. 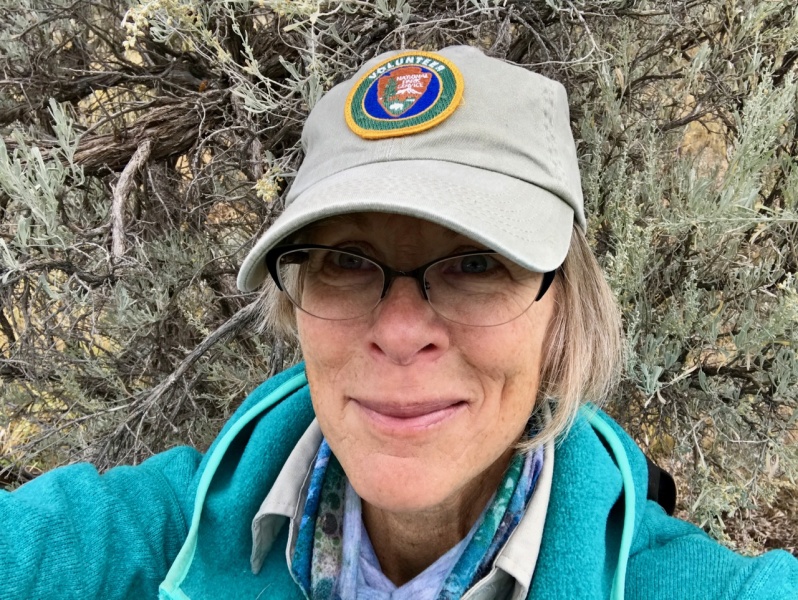 Me at 61, with one of my favorite grandmother plants.

silvered eyelash
waning moon flirts with Venus
as night’s tide ebbs
#haiku #waningmoon #venus #awe #newmexico
Some impulse woke me in the darkness before dawn, & when I stumbled upstairs to my yoga space, there were the moon and Venus, slow-dancing into the gloaming.

sunlit
lunula floats in blue dawn
crescent waning
#haiku #waningmoon #dawn #newmexico
“Lunula” is an old world for the crescent moon, that bright edge silvered by earth’s reflected sunlight. The moon is waning, soon to be replaced by a new, grown moon. A hopeful metaphor.

sunstruck, drought-burned
Apache plume greets dawn
we both long for snow
#haiku #nativeplants #persistence #newmexico
The leaves of this Apache plume are shriveled by drought, yet the shrub still reaches for the light. She models patience & perseverance, qualities we need now.