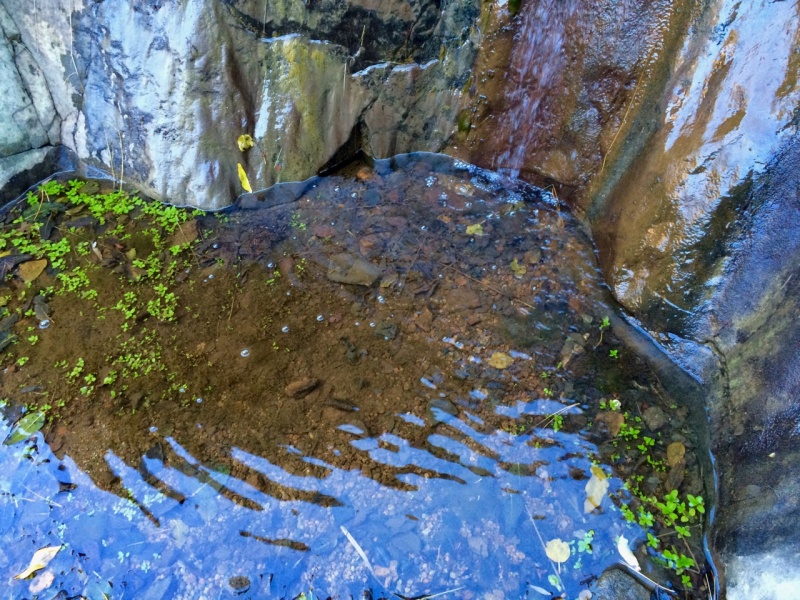 An eye for an eye leaves the whole world blind. –Attributed to Gandhi

I was on the road last Friday and didn’t hear the news about the horrific attacks in Paris until evening, when I reached my hotel in Pueblo. I was so exhausted from the drive and from the talk I had given in Colorado Springs that the images and sounds from the television across the lobby at first didn’t penetrate.

When I realized what was happening, my heart sank.

Not exactly. In the name of the kind of anger and hatred that sometimes mask themselves as religion. The sort of thing that gave us the Crusades in the Middle Ages, the Spanish Inquisition, and Hitler’s attempt to annihilate the Jews (and the Romany and other groups he regarded as “diluting” what he considered the Aryan Race). Or here in North America, the Indian Wars and forced assimilation of Native Americans.

All of which masqueraded as Christianity, or more precisely, the pseudo-Christianity of extremists who conveniently forgot one of the Ten Commandments: “Thou shall not kill.”

Islam has a similar prohibition. “The Quran says that nobody can take a life,” a newspaper story quotes Abiba Trabacke, a French Muslim woman saying in response to hecklers as she and several other Muslim women visited a memorial site after the Paris attacks. Trabacke likened the killers to Nazis, adding: “They have nothing to do with us.”

I believe she is right: the extremists behind the Paris attacks have nothing to do with most of the world’s Muslims. But I fear we will respond to these attacks with the same kind of prejudice, intolerance, and outright hatred that the Paris attackers showed to those they killed and wounded.

I worry that my American friends who follow Islam, people who are peaceful and productive, ordinary folks like you and me, will be harassed or worse.

Humans are a tribal species, with a strong tendency to draw lines between “us”–the people we regard as part of our group or tribe–and “them,” the others we don’t identify with, who don’t look or think like we do. (How else can we explain the phenomenon of gated communities, the popularity of pick-up trucks belching polluting diesel smoke, or more tragically, the deaths of so many young Black men?)

In the wake of these latest attacks, it is prudent to be cautious. But not to hate and thus add fuel to the violence.

Instead of increasing the destruction in the Middle East and other parts of the world where extremism grows, let’s instead work together to rebuild roads and schools and farms and homes, and the rest of the infrastructure that affords jobs, food, and settled lives.

Let’s give the region’s displaced and disenfranchised people a reason to stay home instead of undertaking perilous treks away, only to end in refugee camps or impoverished communities where they are live as outsiders, ripe for the kind of hateful talk that begets more violence.

After World War II, we cooperated to rebuild Germany in the Marshall Plan. Why not pursue a Marshall Plan of sorts for Syria and the other war-torn countries of the Middle East? Why not grow houses instead of hatred, food instead of fanatics, community instead of whole cultures displaced and homeless?

Let’s re-commit ourselves to the core teachings of the world’s religions, the words about loving our neighbors as ourselves, about being people of peace. Let us be examples of the best of humanity, not its worst.

That, it seems to me, is the best way to honor the victims of the horrific attacks in Paris and elsewhere. 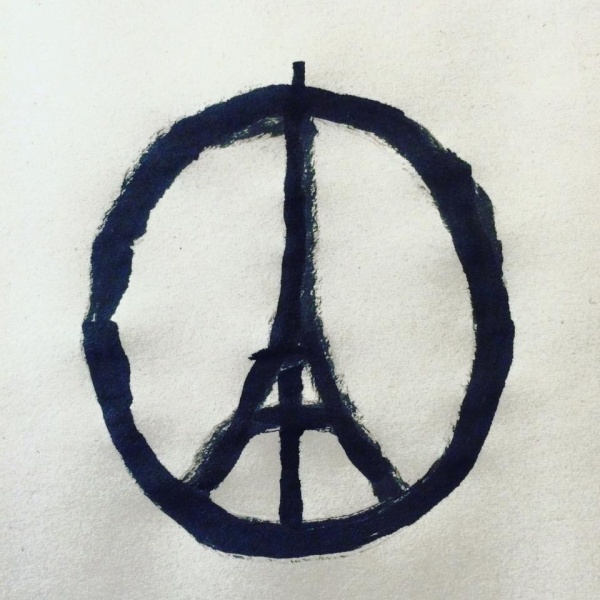 Artist Jean Jullien‘s “Peace for Paris” drawing has become a symbol of global solidarity and hope.