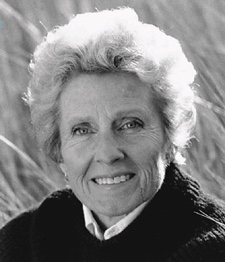 On this hot summer-solstice day, I drove to Colorado Springs to help celebrate the life of Ann Haymond Zwinger, author, naturalist, illustrator, mentor, and one of the two writers whose work inspired me to switch careers from science to writing. (Barry Lopez is the other.) When I read their work, I knew I wanted to tell the stories I knew from science in a way that would give voice to this planet and its glorious communitiy of lives–human and wild.

Ann was born in Muncie, Indiana in 1925 and died in Portland, Oregon last August. Her first book (Beyond the Aspen Grove) wasn’t published until 1970, when she was 45 years old and had already raised three girls (Susan, also an author and artist, Sara, and Jane). Ann went on to write and illustrate eighteen more books, including classics like Run, River, Run (about the Green River) and Downcanyon (the Colorado River). 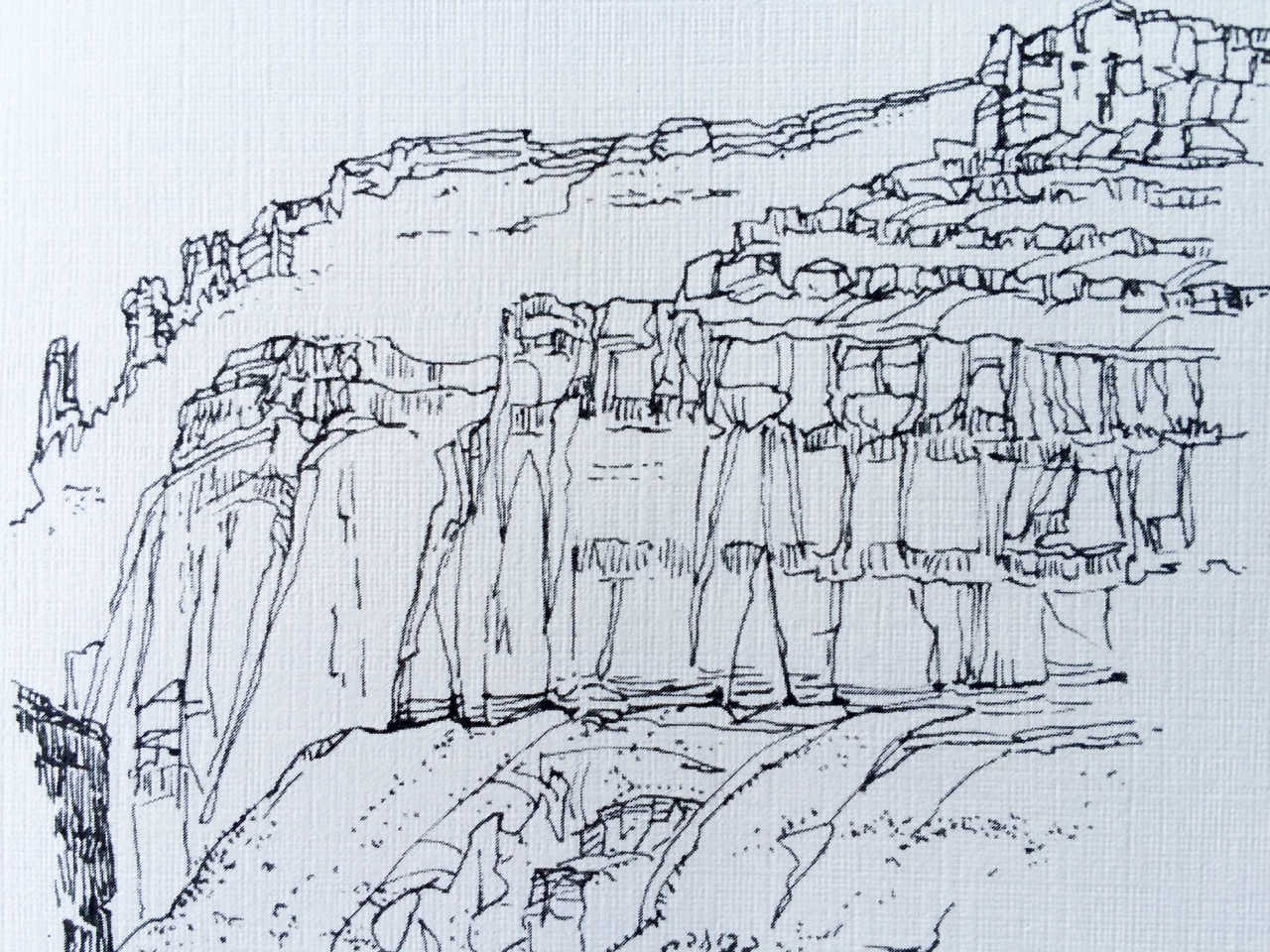 An Ann Zwinger sketch from the Grand Canyon

The book that introduced me to Ann Zwinger was her second, Land Above the Trees, written with botanist Beatrice Willard and a finalist for the National Book Award in 1973. That book illuminated the lives that weave the alpine, those harsh and beautiful landscapes at the highest elevations on this continent.

I stumbled on the book when I was taking my first field course in college, a summer ecology seminar based out of Red Lodge, Montana, including the glorious expanse of the alpine Beartooth Plateau. The combination of Ann’s lyrical prose and sketches, plus Bea’s science took my breath away. I didn’t know until reading Land Above the Trees that the facts of nature that so fascinate me could be written in a way they were as compelling as any novel. 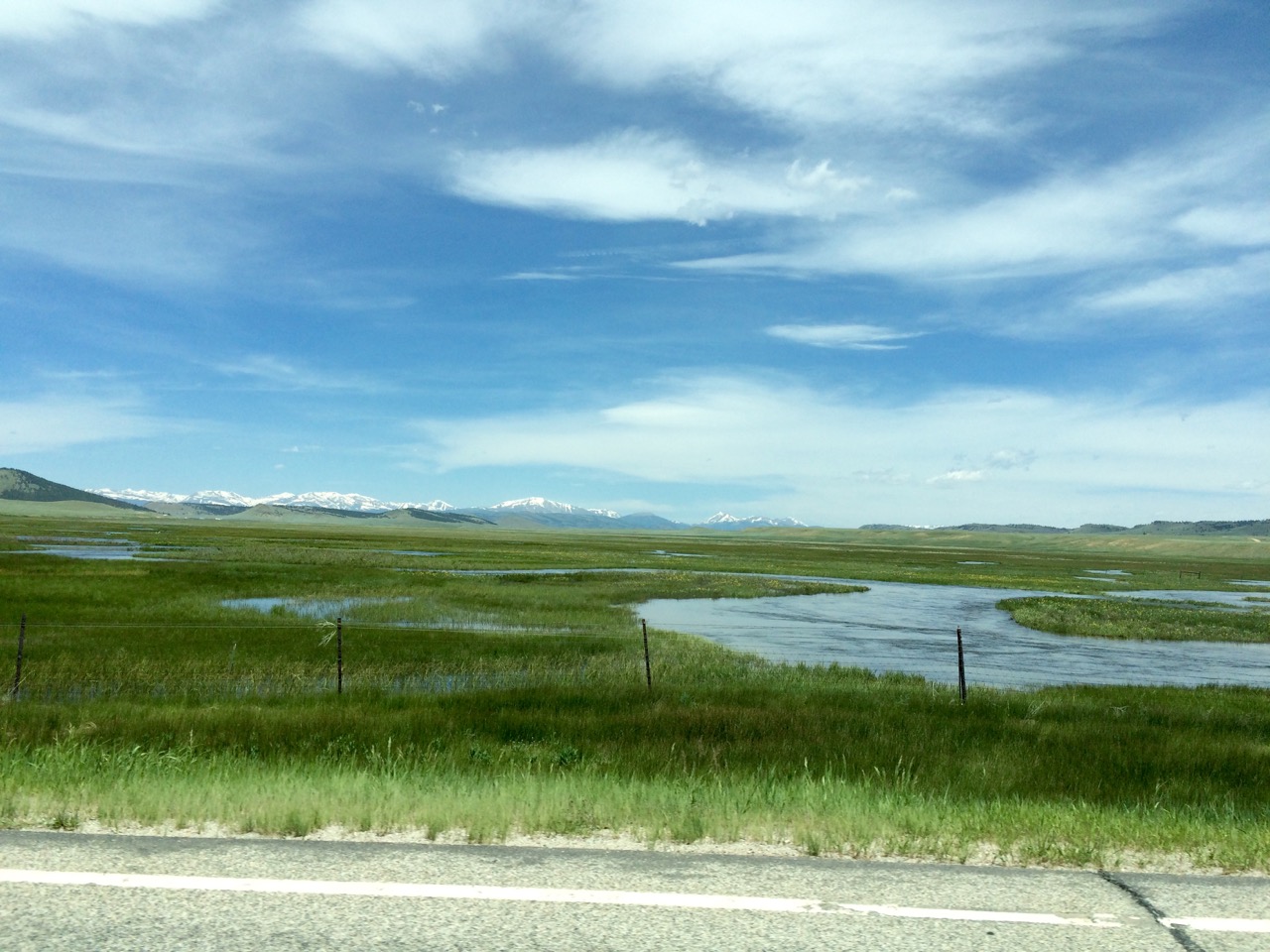 Today was a gorgeous day for the drive to Colorado Springs, the kind of day Ann would have appreciated. I took the upper route on the way to the city, heading up-valley to Trout Creek Pass and then across the southern edge of South Park, a roughly bowl-shaped mountain grassland stretching for miles between the peaks that rim its edges.

Because I had Ann on my mind, I made a special point to notice and identify the wildflowers blooming in the high grasslands of South Park. Ann always wanted to identify what she saw, even before she drew it. 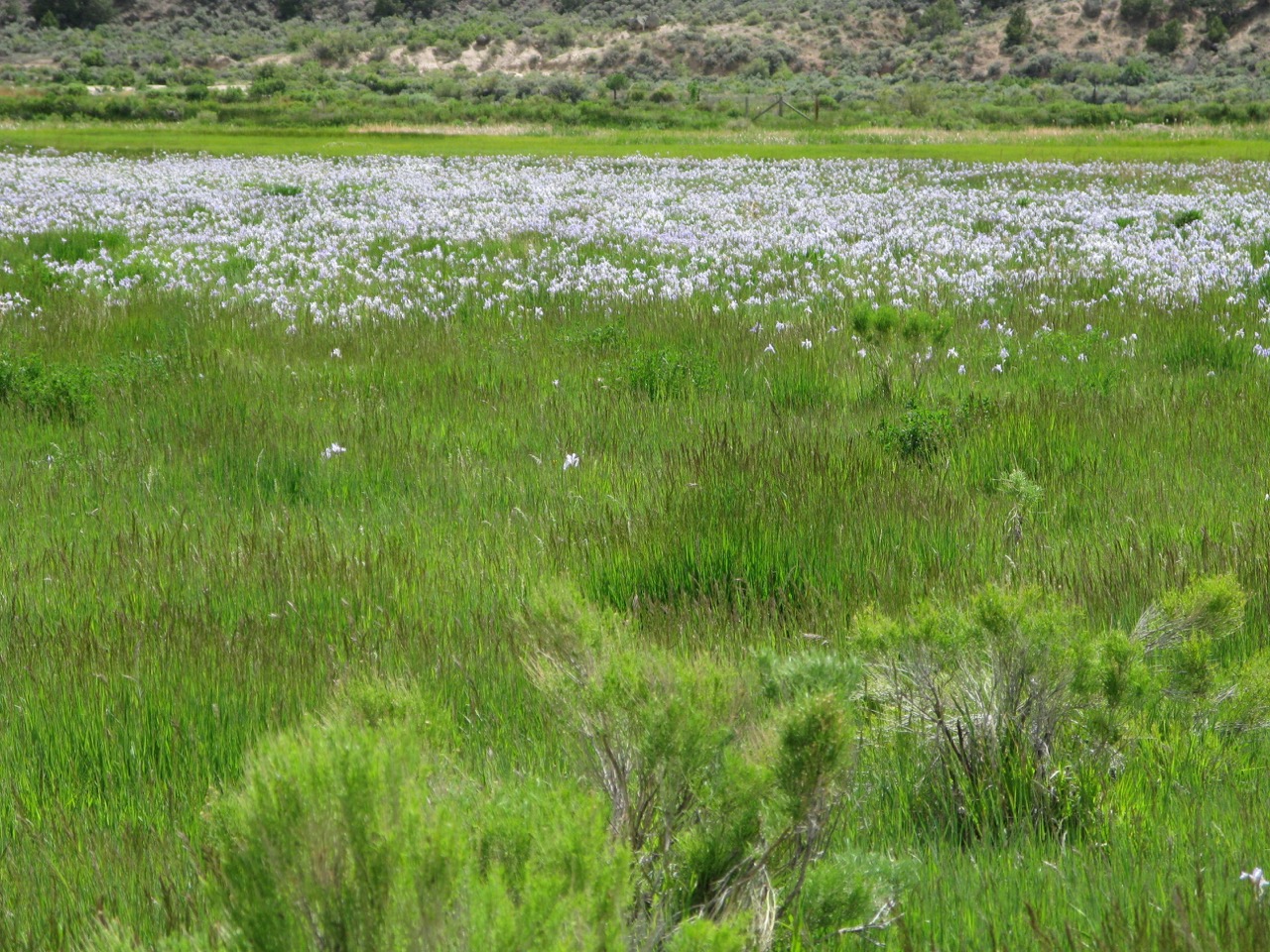 If I’d had Ann riding with me, we would have been hopelessly late, because we would have stopped every half-mile to identify wildflowers and sketch them–along with lichens, prairie dogs, pronghorn, and any other lives we saw. And we would have had a great time.

I didn’t stop. It was was hot as heck in Colorado Springs, but the event, held in a hall in the Colorado Springs Fine Arts Center with a great view of Pikes Peak, Ann’s favorite mountain, was the kind of party she would have enjoyed. There was great food, time to reconnect with old friends and meet new ones, singing (Susan Zwinger, muralist Pat Musick and writer/illustrator/teacher Sarah Rabkin led us in a round of Dona Nobis Pacem, Let There Be Peace), and remembrances of Ann’s life.

At the end, I said my goodbyes and hit the road for home. (I’m feeling much better this week, but I still tire easily.)

I took the low road home, heading south across the very western edge of the Great Plains to Cañon City and then winding upstream along the Arkansas River through Bighorn Sheep Canyon. 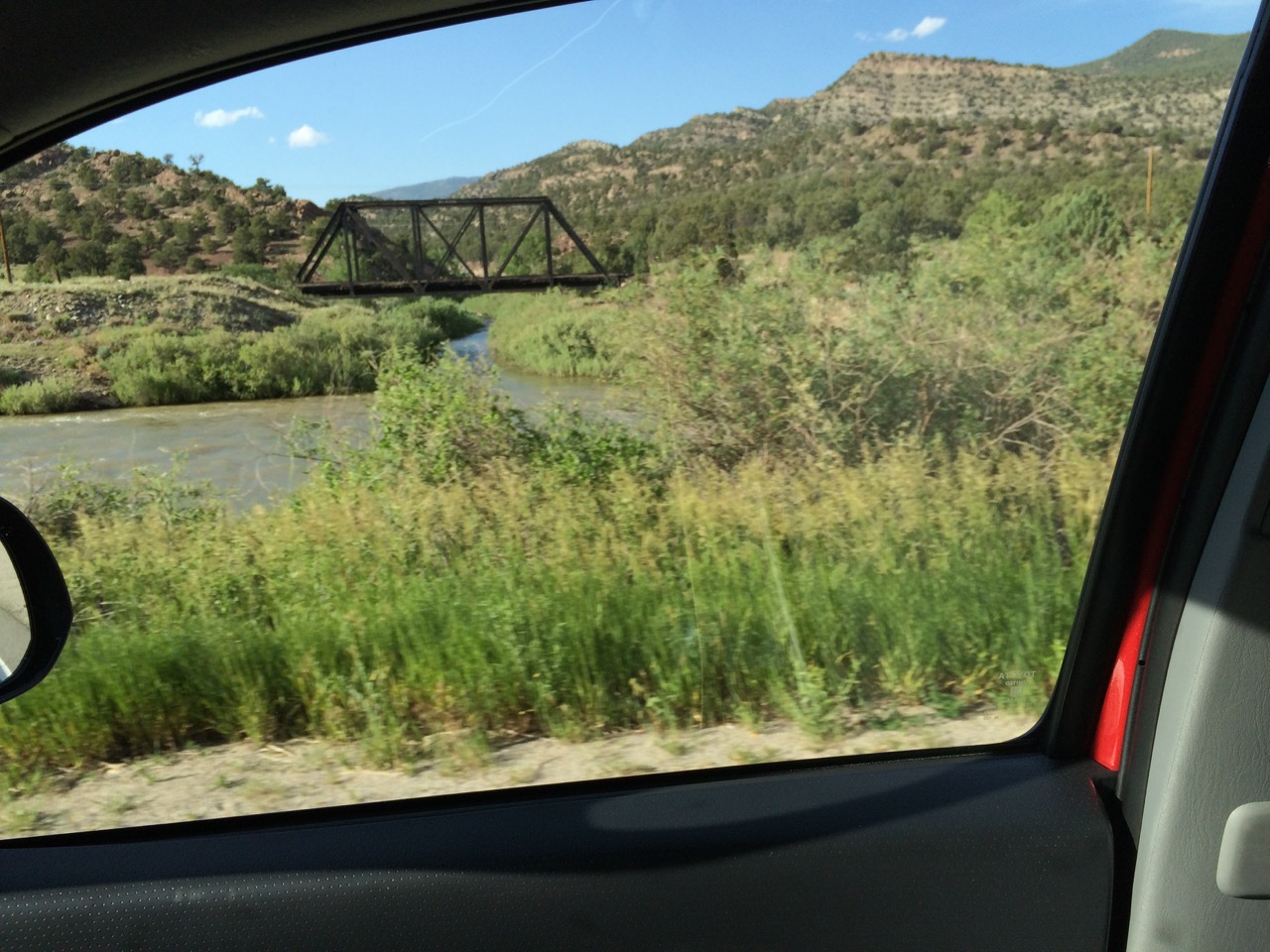 The river at Badger Creek, running fast and high

Ann would have liked that drive too. The shortgrass prairie is the greenest I have ever seen it and the yucca is in bloom with its tall ivory candle-stick-like stalks of waxy flowers. And the Arkansas River is running at flood-stage, the water brown and muscly, full of splashing wave-trains, a powerful mountain river swollen with snow melt. In places the river was only a foot or so below the highway, its floodplain awash.

It’s eight-thirty now and the sun has just set, the dusk lingering as it does in these long and hot days. It’s summer solstice, the longest day of the year. If Ann was here, she’d be out on the deck with me admiring the light and sketching the blazingstars as they open. She’s not, so I’ll admire them for her. 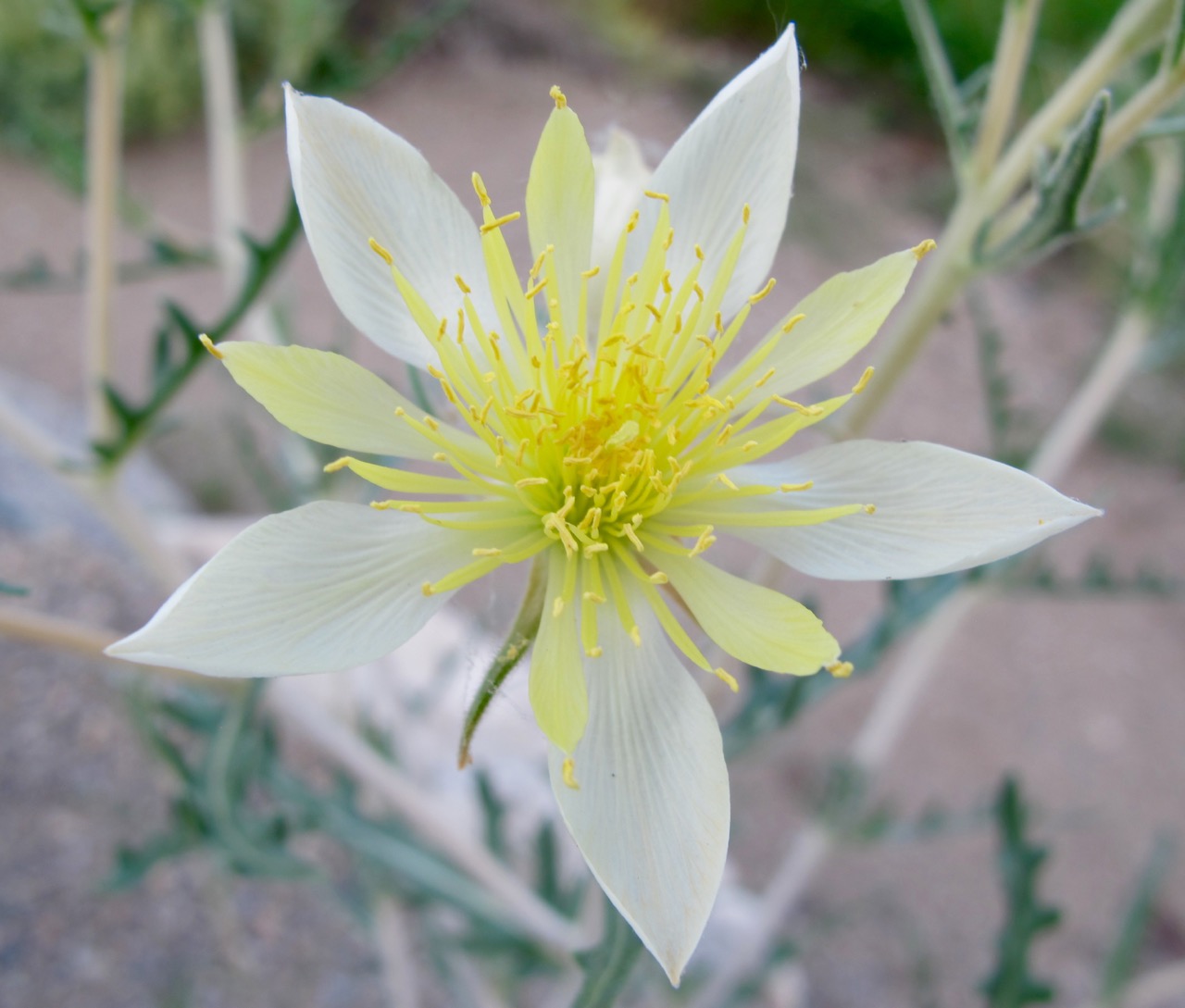 I’ll let Ann have the last word, in this passage from the chapter “Of Cactus Wrens and Playas,” from her book The Mysterious Lands about all four of North America’s deserts. (A playa is a dry lake bed, a level expanse that fills with water only after rains, and only then temporarily.)

Striding toward the center of the playa is great walking–no cacti to run into, no vines to trip over, no rattlesnakes to watch out for. … In two hundred yards I stand, like the pivot point of a compass, in the center of the universe–a place to dance, to hoot and holler, to rearrange mountains, to count the rollicking stars at night. To redesign the world.

Thanks for showing us all you wondered at, Ann. You are missed.