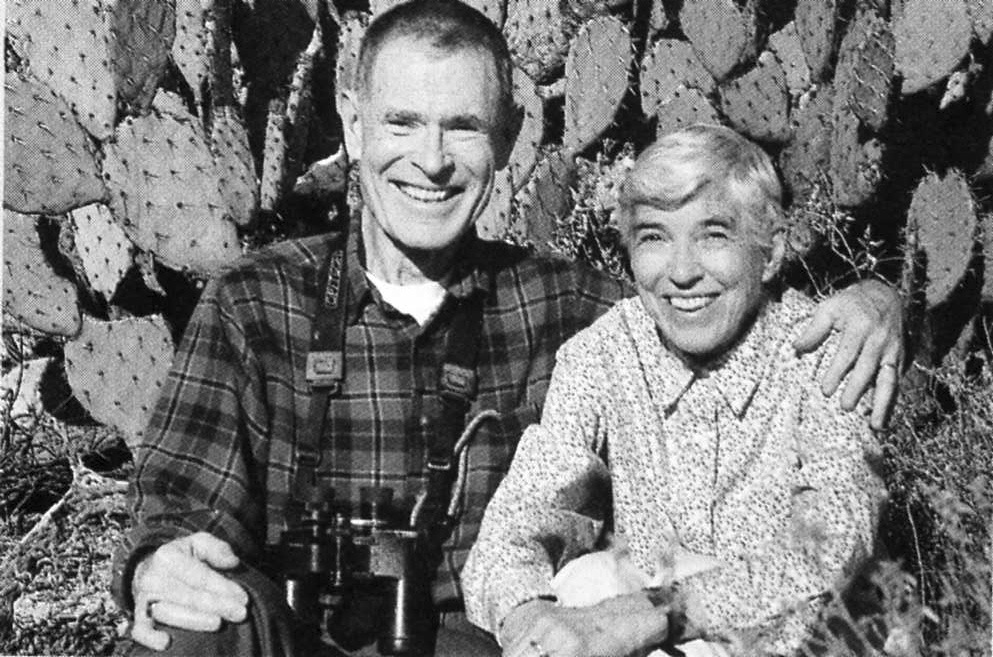 Dad and Mom in Tucson, Arizona. Photo from Audubon Magazine

Like many of us, I grew up conflicted about money. My parents, both raised in the Depression, saved consciously and relentlessly, planning for what we would now call financial sustainability: to send my brother and me to college and then retire early.

In our suburban neighborhood, most moms stayed at home and most driveways contained two cars. Not ours: Our sole “car” was a well-worn, homemade camper-van. Mom and Dad biked to work to save money. 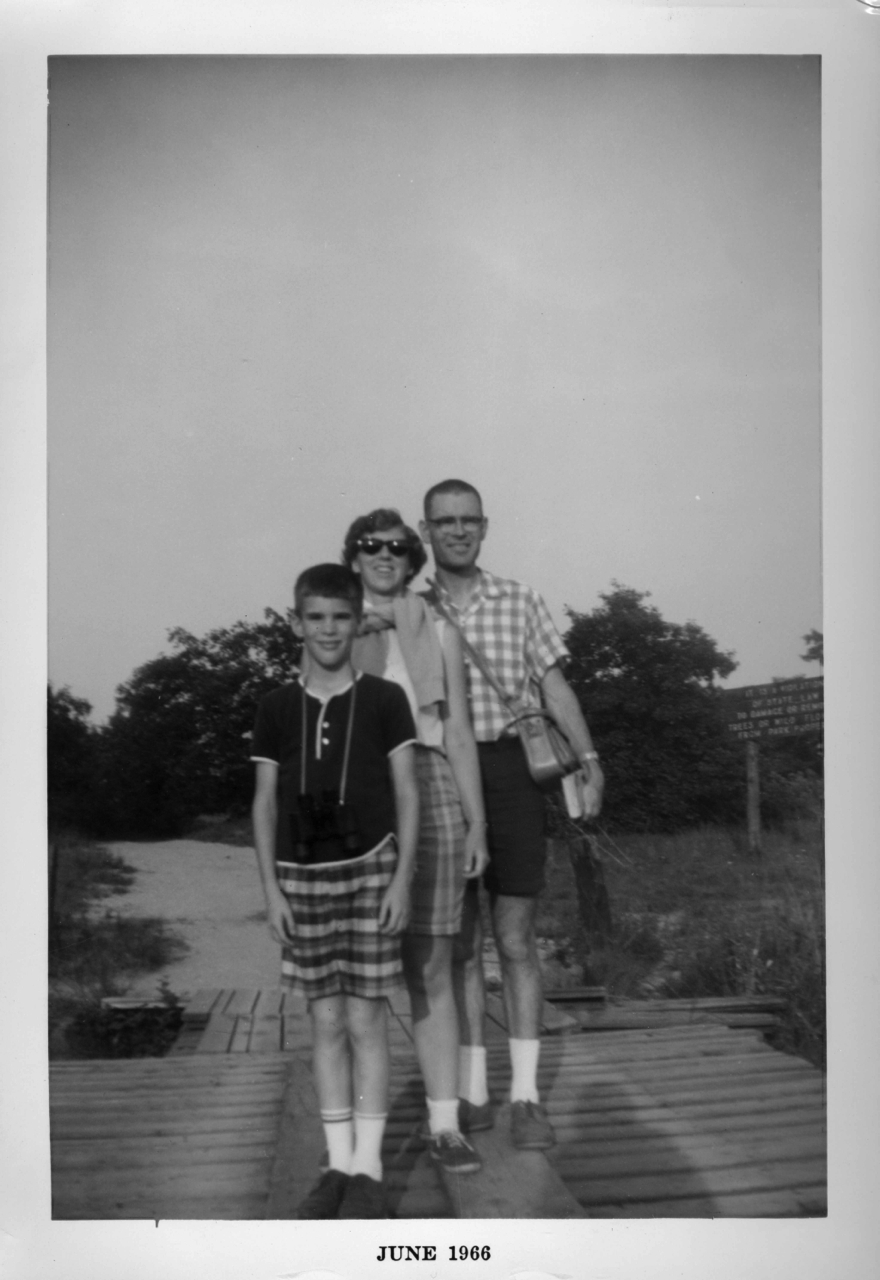 Tweit family hike in Florida, circa 1966

Other families took vacations to Disneyland or the beach; we spent our time off in the great outdoors where admission was free. Our gear came from the Army Surplus store, our clothes from Montgomery Ward.

It’s not that I was deprived; I simply didn’t know my parents’ plans and chafed against their constant financial vigilance. I vowed that when I grew up, I would be financially independent and not cheap.

In high school, I got a job at the local public library and reveled in having my own money to spend as I wished. I also started a savings account. In college, I paid my way by working at a pie shop and waiting tables. 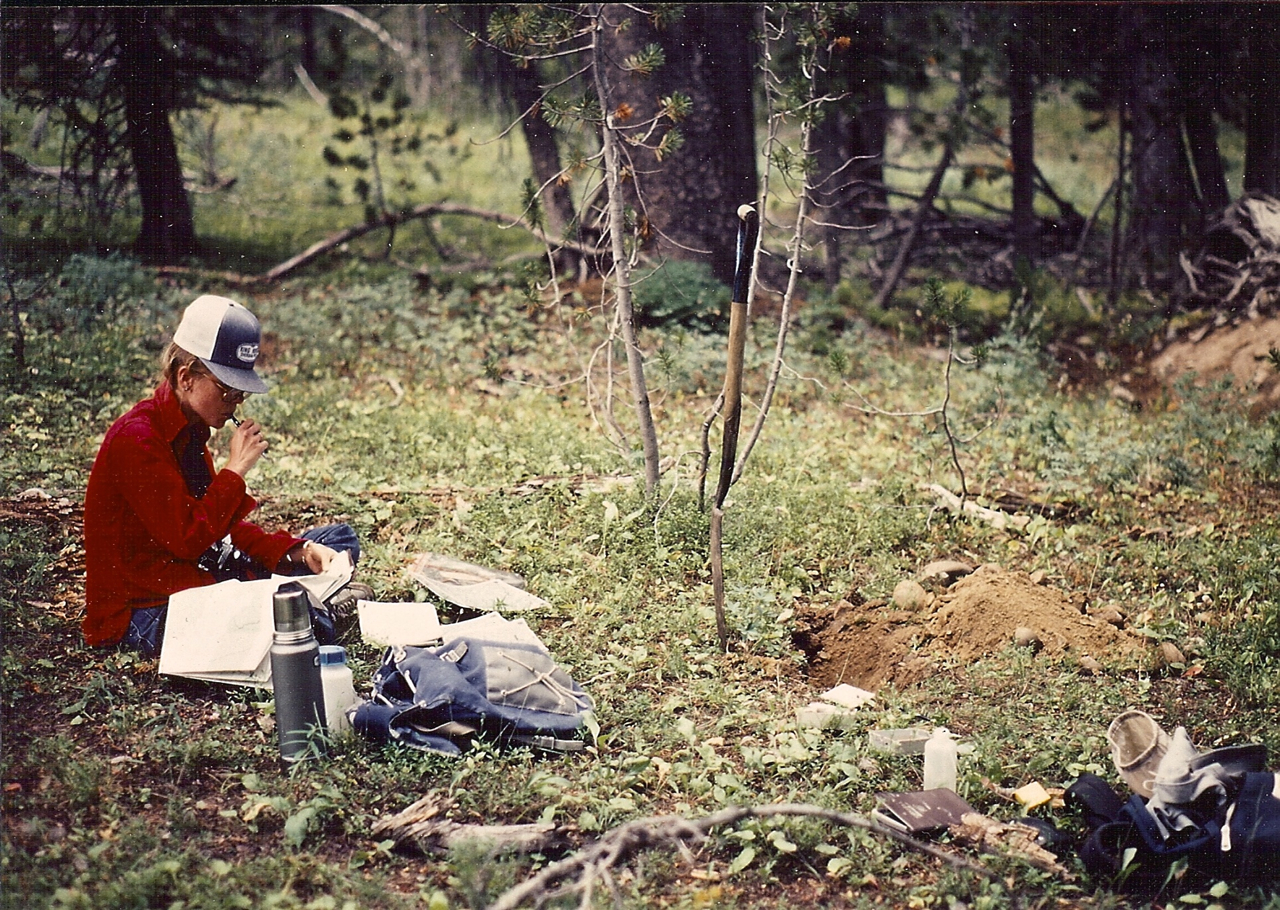 At work in the Absaroka Mountains, Wyoming, about 1981.

My determination to be financially sustainable paid off when my first marriage imploded and I had enough money put by to leave my field ecology job at the Forest Service to go to graduate school, where as it happens, I met Richard.

We fell in love almost immediately; agreeing on money matters took a lot longer. Eventually, I realized that while Richard had a PhD in Economics, he lacked financial common sense. He didn’t concern himself with bills or account balances. When he wanted to buy something, whether a book or a several-thousand-dollar table saw, he did, without considering the impact of that spending decision.

By contrast, I knew our budget to the penny. Whether I was buying an insanely great pair of shoes, paying the bills, or donating to causes we believed in, I spent with intent. I saved with intent too, buying financial sustainability by squirreling money away whenever I could. 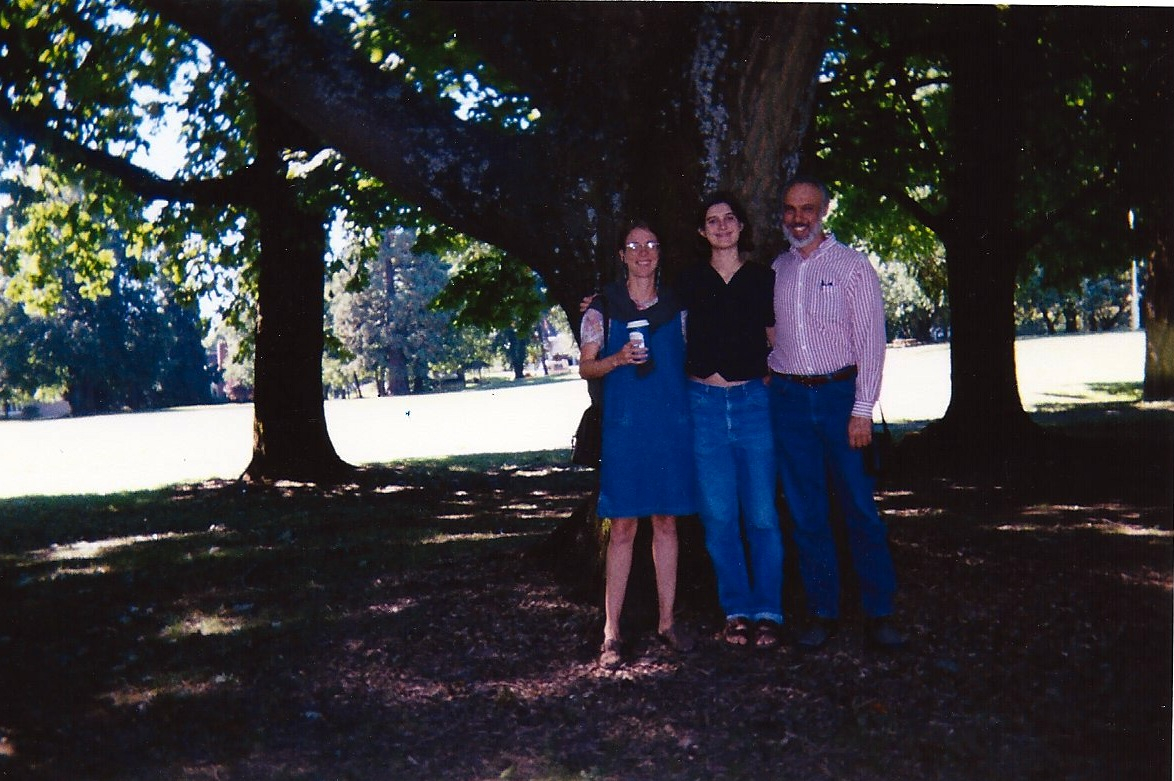 Me, Molly and Richard at Reed College.

Which helped with those expenses we can’t always plan for, as when Molly wanted to go to a small Quaker boarding school instead of the public high school next door. And when, after she left for Reed College, Richard took a year off from New Mexico State University and we moved to Salida–and he never went back to his comfortable teaching salary.

Being intentional about money through times when we had it and times when we didn’t, allowed us to pay for our formerly industrial property, restore its historic shop building for Richard’s sculpture studio, and build our own house next to the studio on the pay as you go plan. (Construction took six years, without a mortgage.) 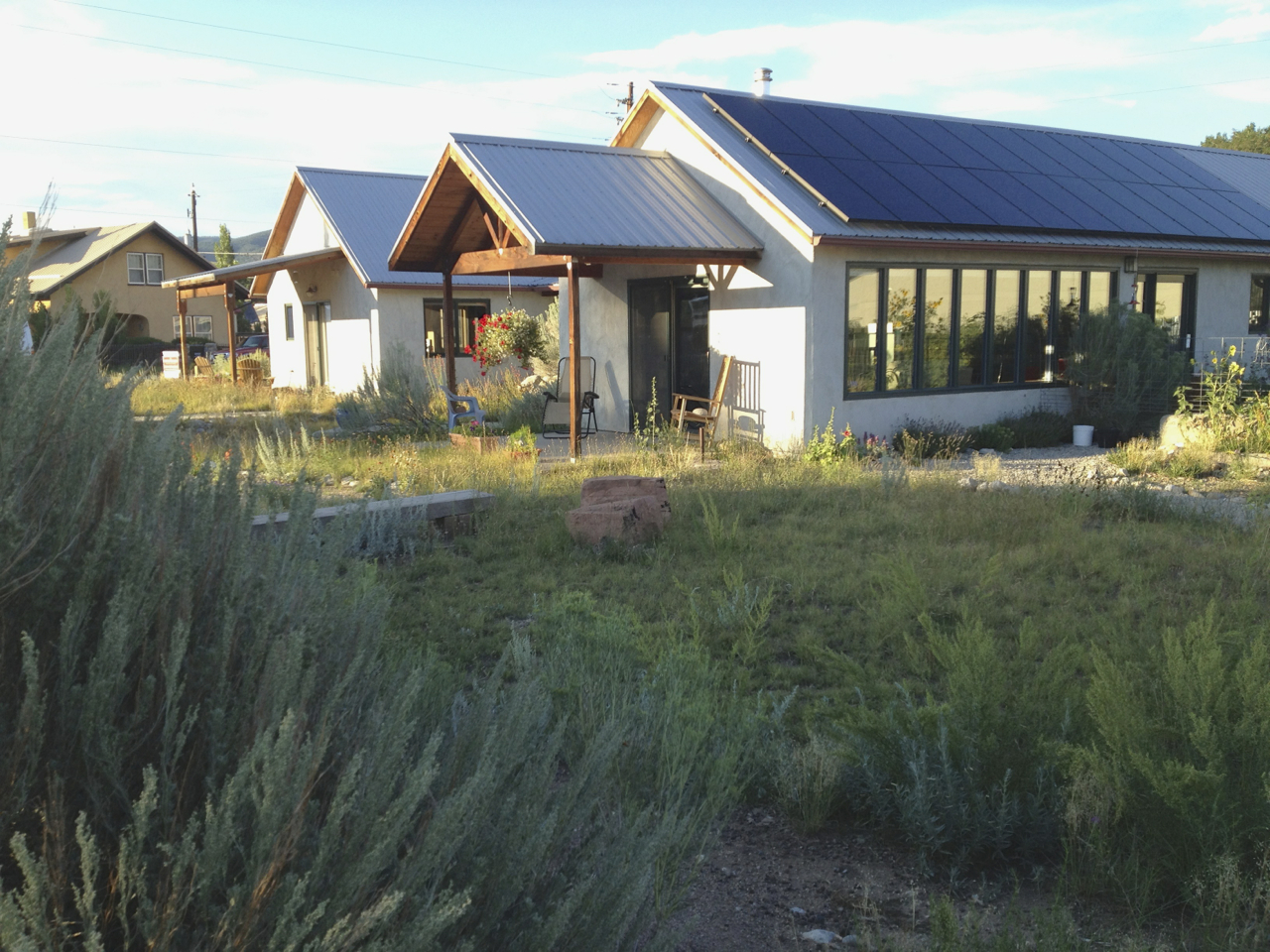 Terraphilia, the house Richard built us.

It kept us afloat when brain cancer derailed our lives and our income.

After Richard died, I re-thought my financial sustainability practice: I dedicated myself to paying the remaining brain cancer bills, finishing and selling the house, and to building my new, right-sized and cheap-to-keep place. My intention was to lower my fixed expenses so I could afford to write.

Looking back, I realize with rueful amusement that I have adopted the very financial habits I so resented as a kid.

I live simply, eschewing excess stuff in favor of less clutter and more free time. I spend money on what matters most to me, whether that’s great shoes or an occasional meal out with friends. And I save for what I want instead of going into debt. 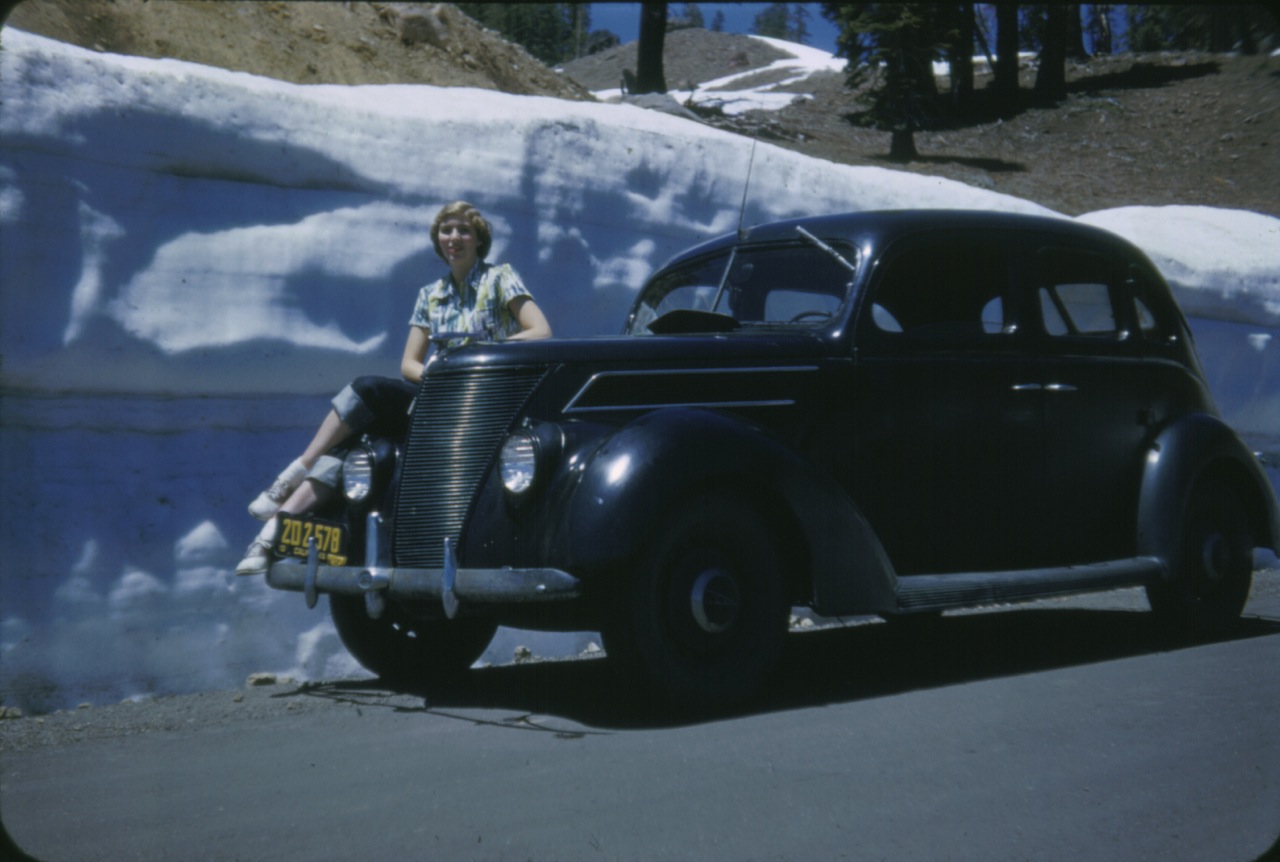 Mom posing on her honeymoon at Mt. Lassen, 1952

I have become my parents. Not literally, of course. My half-Norwegian, half-Scots and 100 percent cheap dad does not understand why I traded my gas-sipping Subaru for a Toyota Tacoma pickup with a topper I can camp in. My late mother, California born and bred, would wonder why I’m not out camping every weekend.

That’s the power of treating money intentionally: those are my financial decisions, not anyone else’s.

Practicing financial sustainability isn’t about how much or little money you have, it’s about intention: knowing what you want, and spending (or not) deliberately with your aims in mind. It’s learning that whatever you have can be plenty.

For something that requires thought and discipline, it’s amazingly freeing. 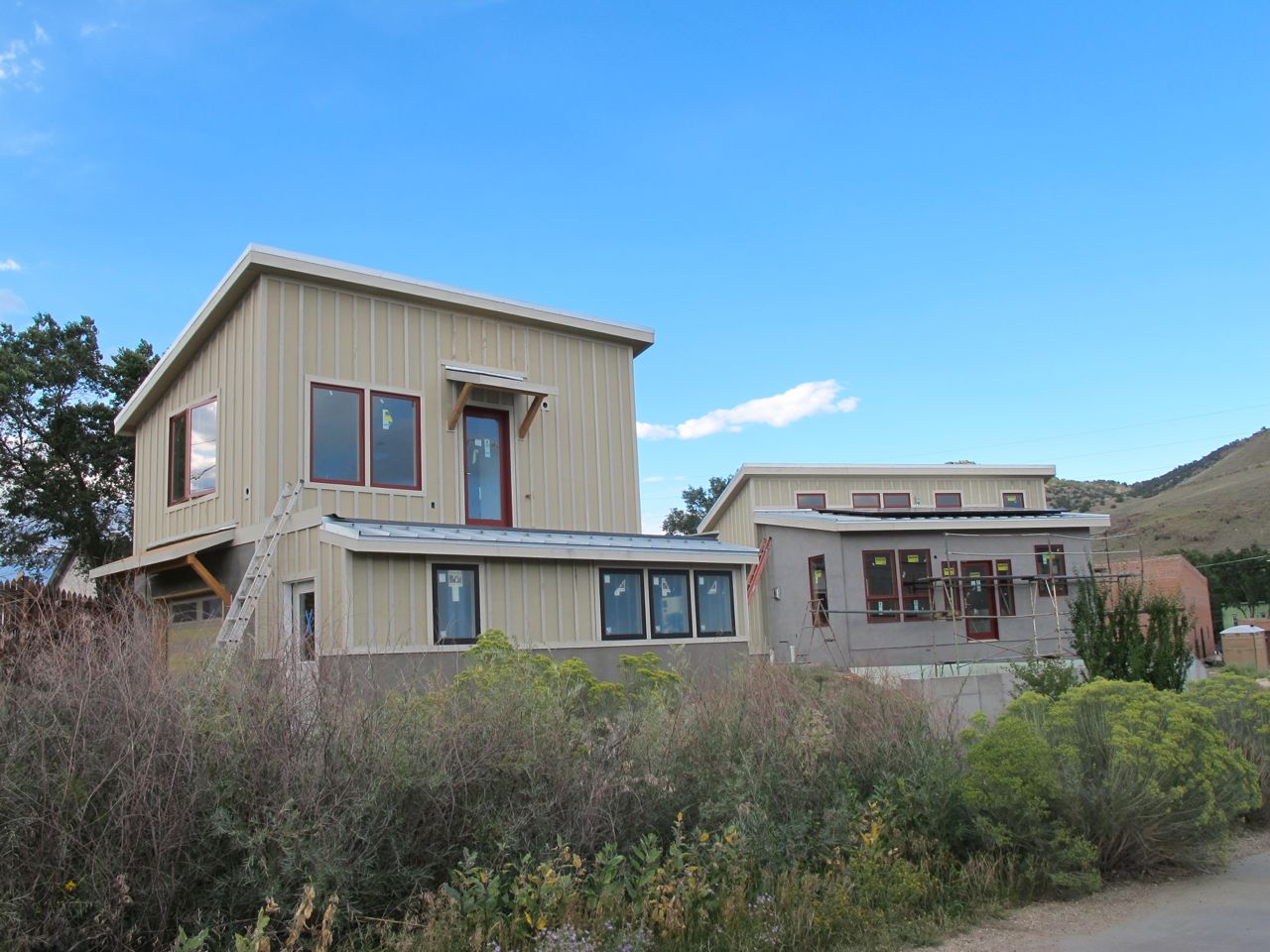