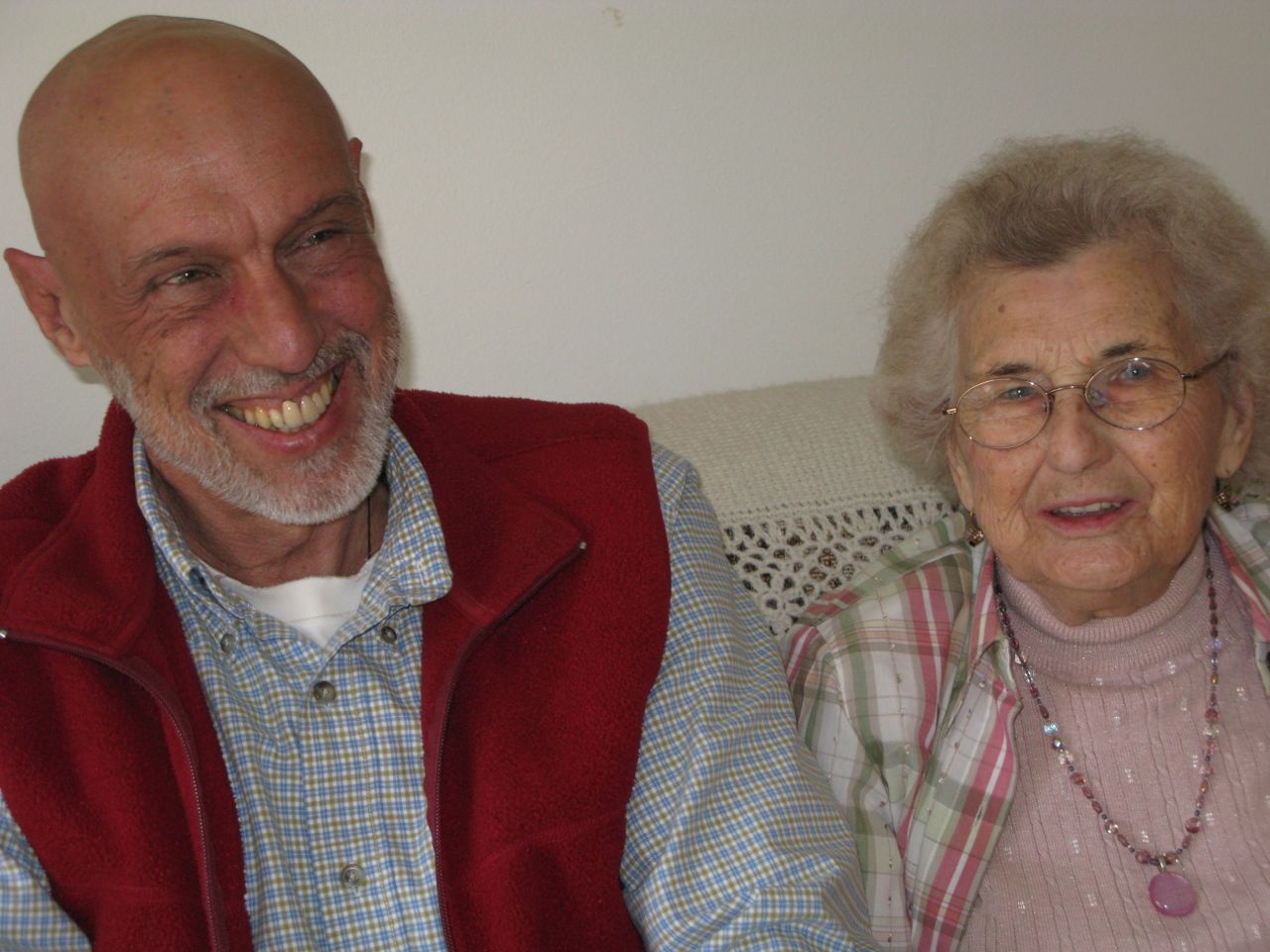 I usually post on this blog once a week, often on Sunday night. Last weekend though, I was involved in negotiations related to the sale contract on Terraphilia. I also said goodbye to rare sheep breed and wool expert/ writer/ fiber artist Deborah Robson, this year’s third Terraphilia Resident, welcomed artist/writer friends from out-of-town for brunch, and worked a couple of mornings at Ploughboy Local Market to help out Kerry and Dave Nelson, the owners, who have helped me many times over the past few years.

Richard with his mother at home, 2010

Monday, I had settled in to catch up when the news came that my mother-in-law, Miss Alice (Richard’s mom) had a massive heart attack and was in the coronary care unit in Fayetteville, Arkansas.

I called my sister-in-law, Tish, to see if I should get in the car and begin the 800-mile-drive across the Plains.

“Let’s see how she does. She’s lucid and asking me to cancel her bridge games for the next few days.”

I chuckled. To say my mother-in-law is a passionate card player is an understatement.

Tish promised to keep me posted.

Tuesday morning, Miss Alice’s condition seemed better. That afternoon, friends from out-of-town arrived for a several-day stay. By evening, the procedure planned to stabilize Miss Alice’s heart rhythms was cancelled because it was deemed too risky for her weakened heart. Her lungs had begun filling up with fluid, and her heart doc  authorized morphine to keep her comfortable.

I talked to my sister-in-law. “Mother was just talking about how much she enjoyed the visit with you and Molly in June.”

“Mother seems comfortable, but she’s getting weaker,” he said. “She knows you’re thinking of her. Ron will be here this evening.” 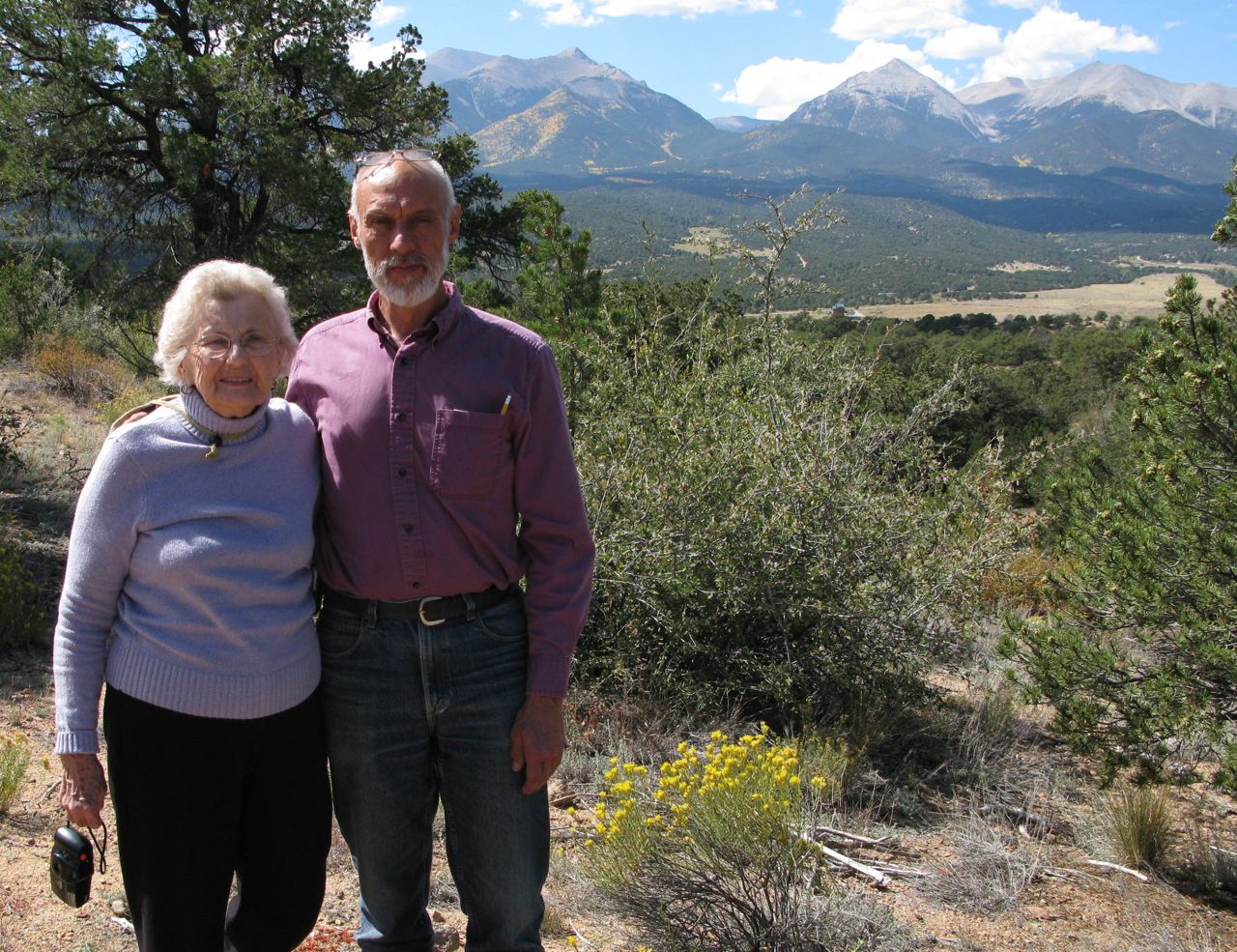 Miss Alice with Richard on her last trip to Colorado, when she was 91 years old

They had been talking about her preferences. “A small graveside service at the cemetery where Dad is buried. Maybe a service at the church here. Most of her friends are gone already.”

He was thinking of arranging a memorial service later at a time the whole family could gather, “like you did for Richard. She’s been talking about that.” Maybe even here in Salida, he said, “All the grand-kids seem to like to gather there.”

“Let me know how I can help. I could be there anytime.”

“We know that and it means a lot.”

This morning I woke in the darkness at quarter to four, groggy, unsure of what had thrust me out of sound sleep.

Until I heard Miss Alice’s voice in my head, her soft Arkansas twang distinctive.

“Honey, you won’t forget to move those peonies [she always pronounced it “pee-OH-knees”] I gave you to your new garden, will you? I want to think of them blooming where you can see them. I don’t want you to forget me.”

Years ago she gave me a brown paper bag containing plump peony tubers, sprouts of the plants that grew at the doorstep of her childhood home in Possum Valley. 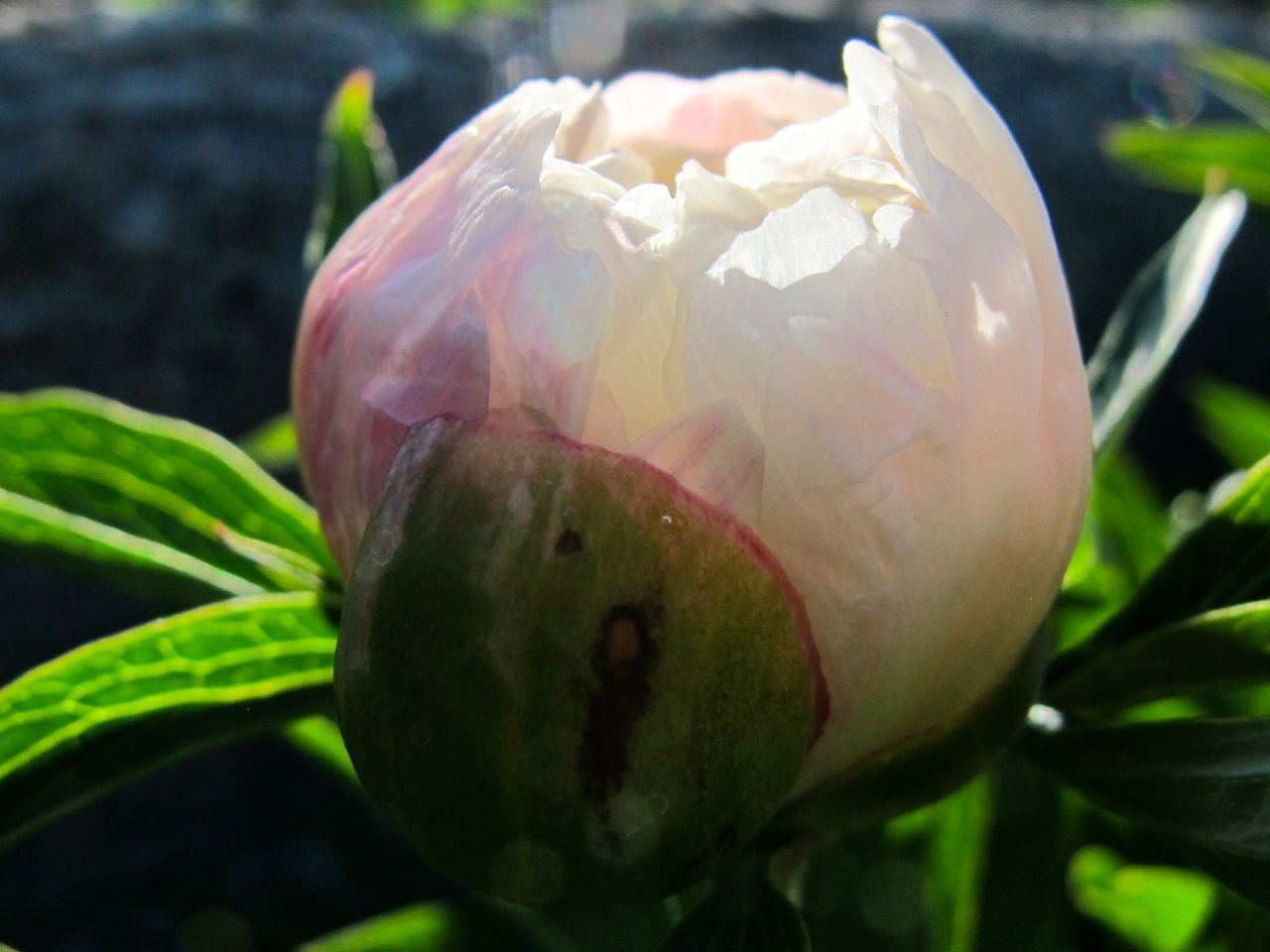 They’ve thrived in the raised bed just outside the kitchen garden, every year producing lovely white blossoms blushed with pink. Richard and I called the plant “Old Home Place” for its history. Peonies, I’ve learned since, were once the flower of Decoration Day, placed on graves in remembrance of our dead.

“Of course,” I said aloud. “I’ll plant your peonies at the new house, along with the irises you loved so. It’ll be your garden.”

I was too unsettled to find sleep again.

Finally, I got up and checked my email. There was the news that Miss Alice had died at five am Arkansas time that morning with Tish, Ron and Mike, all of her remaining kids, around her.

Five am in Arkansas is four here, just after when I woke. Huh.

I looked at the calendar. Today, August 8th, is Richard’s and my 30th wedding anniversary.

“May you find beautiful flowers and great card games in the great beyond,” I said.

And laid my head on my desk and cried.