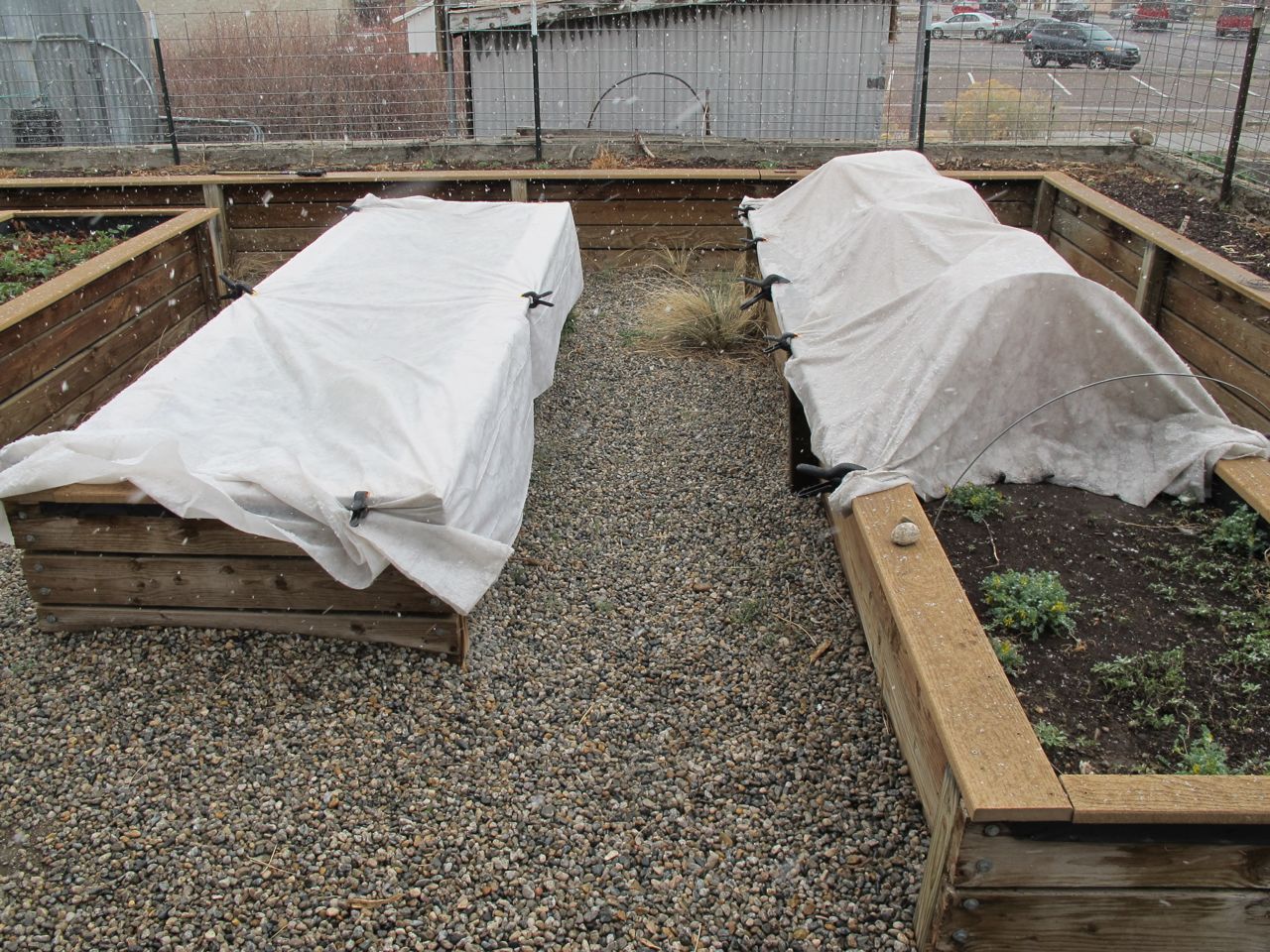 Under the right-hand row cover are tomato plants in insulating teepees. Greens shelter under the left-hand cover.

I fell asleep last night to waves of wind washing over the house in rolling currents of air, as if April and its contradictory weather was flowing out of the valley.

I woke at a few minutes after midnight when wind changed direction from westerly to easterly and came crashing back up the valley in walloping gusts. I lay awake as wind slammed the house, banged the corrugated metal fence, clanged the temple bell, and thrashed through the yard. A blustery beginning to May, indeed.

I listened for unusual noises and reviewed the house, guest cottage, yard and Richard’s historic shop building in my memory: Had I checked to make sure the heavy wood shop doors were shut? Were the row covers clamped tightly over the tomatoes and the greens bed? Had I latched the side door to the garage when I took the recycling out? 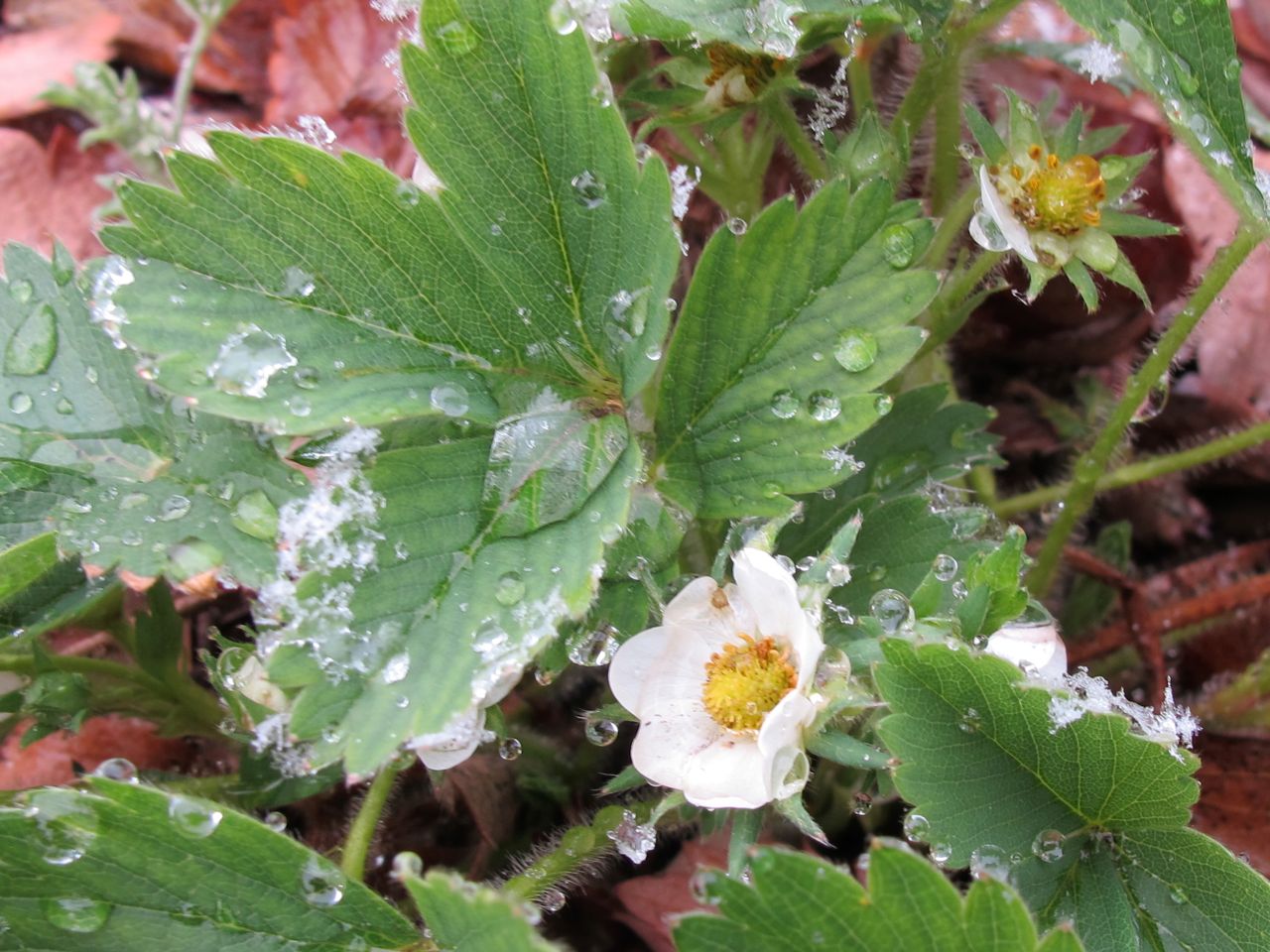 When my worries switched from the merely unlikely to the totally improbable, I sighed, rose, put on my bathrobe and waded into the roaring waves. The garage door was firmly latched. The row cover clamps were holding. Both shop doors were shut tight; inside, all was still and curiously peaceful, save for a slight creaking as the roof beams and decking flexed with the gusts.

It’s survived Salida’s weather for 111 years. It’s not going to fail now. I heard Richard’s voice clearly in my head. Reassured, I walked back to the house, crawled under the covers and fell asleep.

Morning did not dawn balmy and springlike. At least, not the way we imagine spring. The wind still howled from the east, and the temperature, 42 degrees at dawn, dropped steadily as the day crept in. 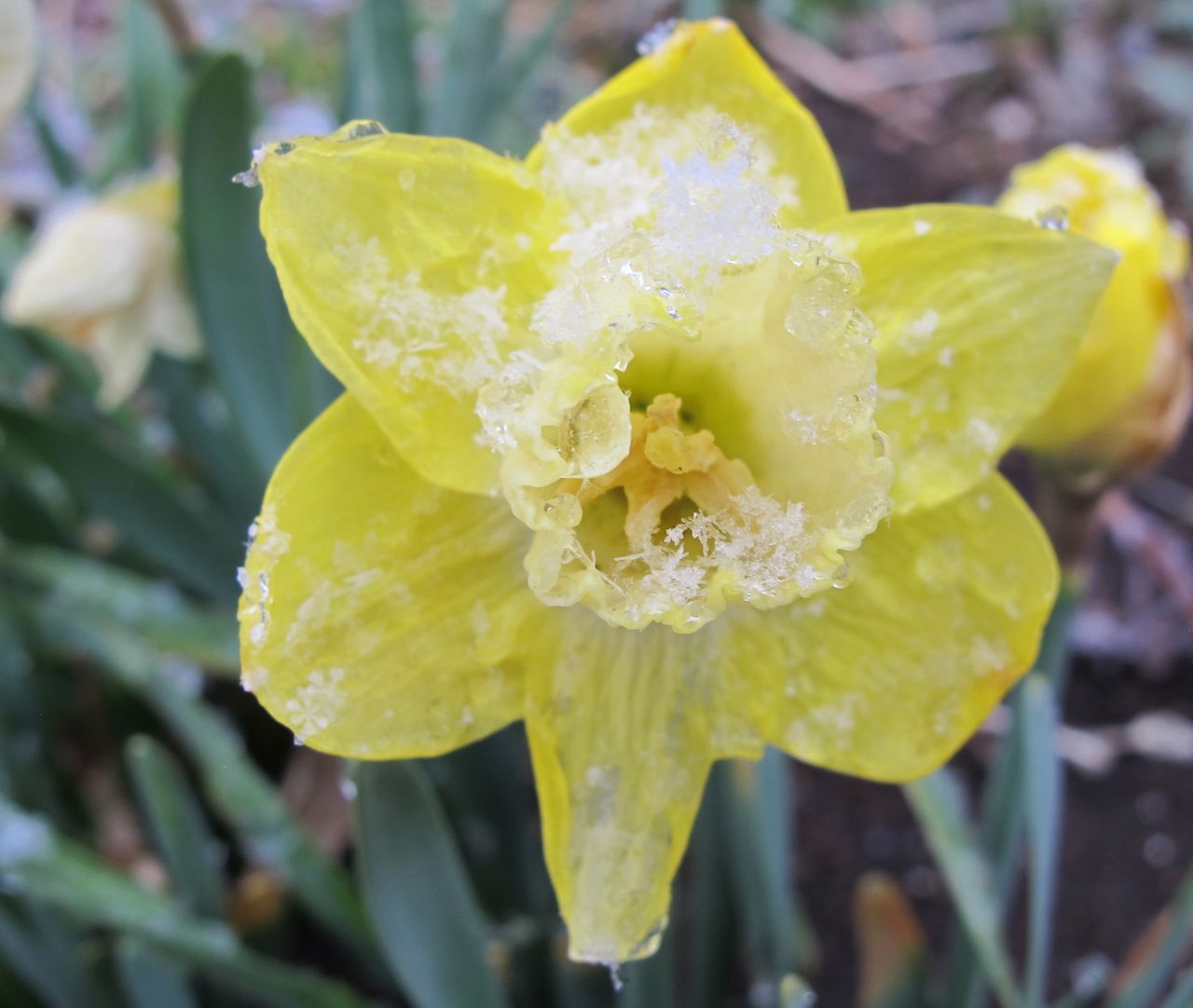 The storm that dumped up to a foot of snow on northern Colorado barely touched my part of the state. (We just got the howling wind off its southern edge.)

Still, it’s been snowing lightly all day, enough to make me glad the tomatoes are snug in their insulating, water-filled teepees, the blooming daffodils and strawberries are tough, and the arugula, spinach, and lettuces are under cover.

Starting like this, May could bring more moisture than winter did. Stranger weather has happened here in spring. Like the May weekend ten or so years ago when a storm stalled over the valley, dropping 50 inches–yes, that was fifty inches–of wet snow in just over 48 hours. That was a record. 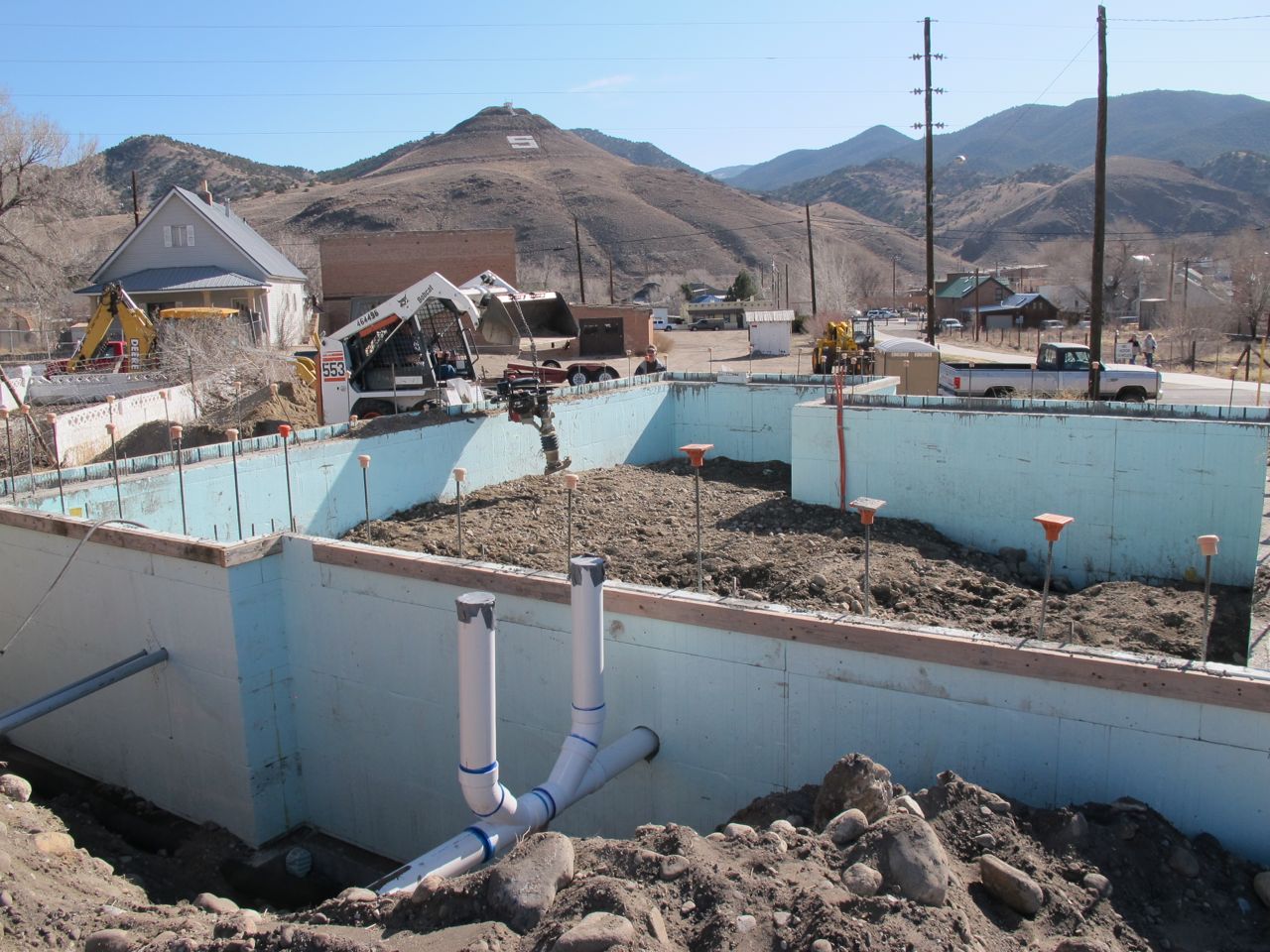 Moving the tamper inside the foundation to compact the “dirty” roadbase–the kind with lots of fines so it compacts well–under what will be the slab floor. (Note the sewer pipe going through the foundation in the foreground and the orange water pipe in the background.)

As you can imagine, the wild weather hasn’t made things easy for house construction. Still, my excavator, Tommy Meyers, has worked steadily  at filling inside the six-foot-tall stem walls that form the base of my house. (The lot slopes downhill from the sewer pipe in the alley, 128 feet away. We had to go up with the foundation so that my sewer line would go downhill.)

Tomorrow the plumbers will lay the under-slab pipes for water and sewer, and once those pass inspection, the slab will be poured. Then the house can finally rise “out of the ground.”

All is quiet, and the temperature outside is dropping. I hope the asparagus sprouts in my garden don’t freeze tonight….