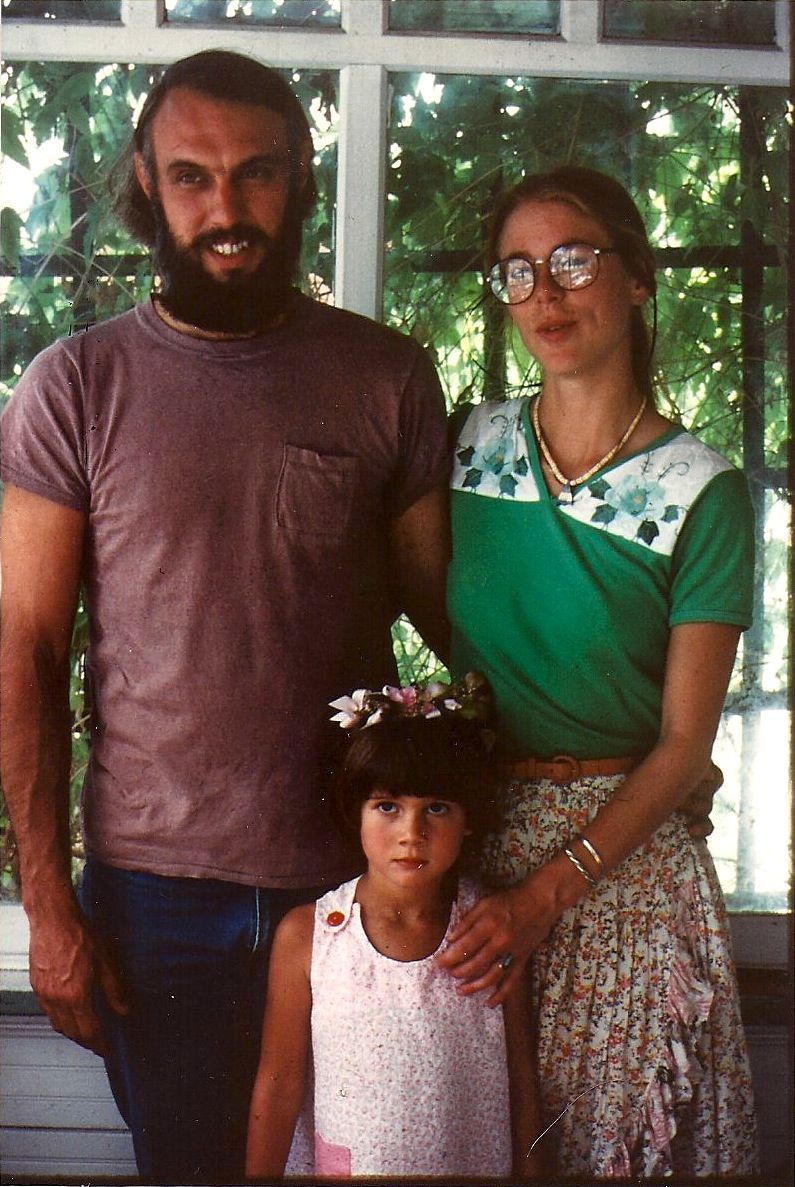 Richard, Molly, and me looking a little shell-shocked after our unexpected Episcopal wedding, 29 years ago today.

This morning when I woke at a few minutes past five, earlier than usual, it was still more than half-dark. I lay there hoping I’d go back to sleep, and when I didn’t, I remembered what woke me.

I curled up under the covers on the bed he built for us and remembered the weekend we married 29 years ago, smiling at my mental image of us with Molly, so young and with a lot to figure out yet, but so in love. We had been living together, committed for life, since our first and only date the previous January, and now we were making that pledge legal.

I was, frankly, terrified, having had a bad experience with marriage before. (And those glasses—what was I thinking? It was the early ’80s, which I guess explains a lot.) We had some hard times to weather and much growing to do that we couldn’t imagine then, but somehow we figured out how to nurture and nourish what Richard called our “body of love” and that carried us through. 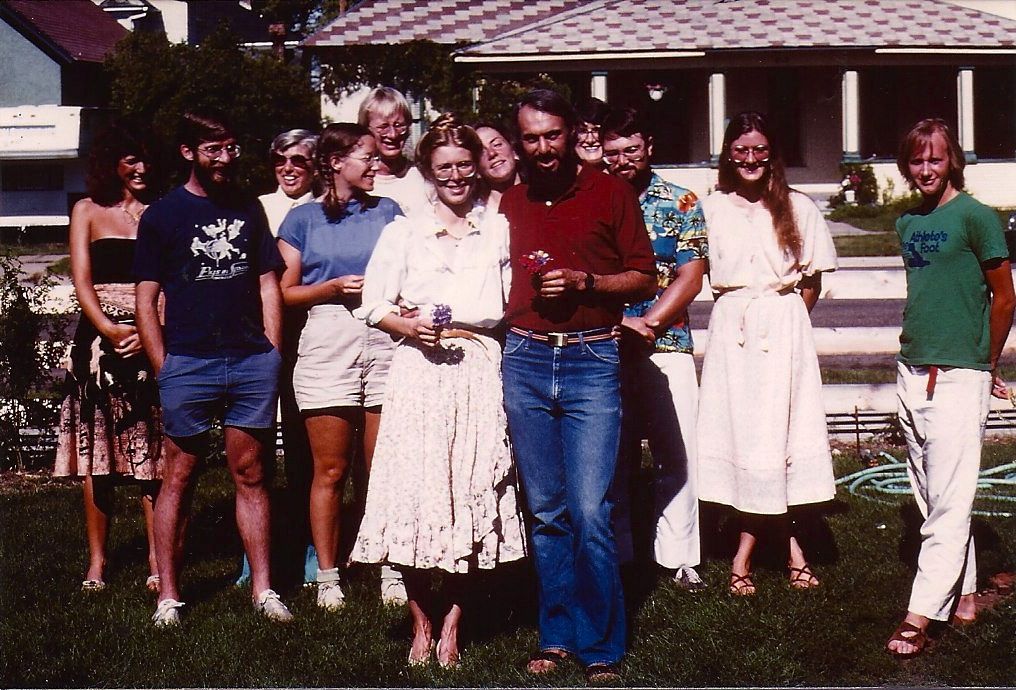 We looked much happier at our Quakerish wedding the day before, having just said our vows to each other outside in my front yard in the company of friends and family.

Even through his brain cancer, the challenge we would never, ever have guessed would strike a guy who was so strong and healthy his whole life. We called on that body of love to help us walk his time in grace, and we did pretty darned well at it. We weren’t perfect–I have had reddish hair much of my life, and a temper to match, and Richard’s stubbornness was no secret to anyone who knew him–but we managed to carry that love through to the end.

And beyond Richard’s death, an end, which as Ralph Waldo Emerson wrote, “is also a beginning.” Which is why I woke this morning conscious of wanting to celebrate this anniversary of our marriage 29 years ago. It’s a way of marking how blessed I was to have Richard in my life, and to share that love for the better part of three decades. 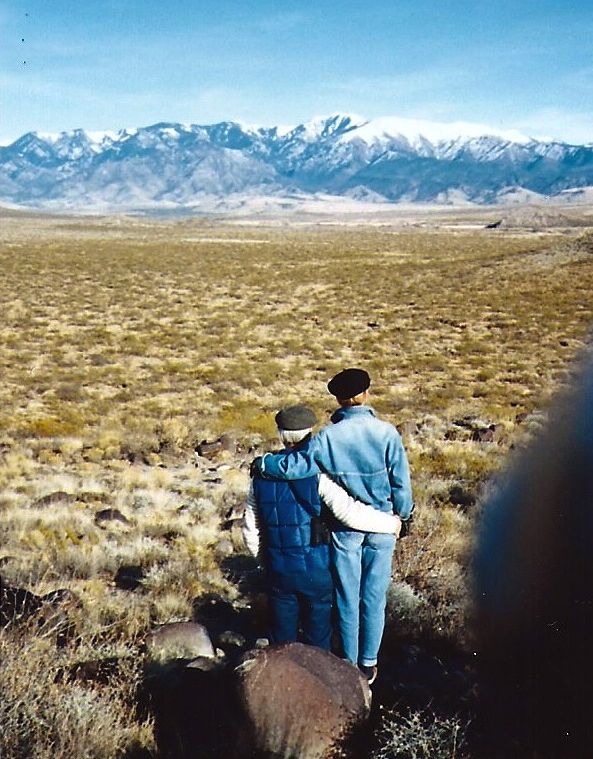 Richard and me at our favorite petroglyph site in New Mexico, Three Rivers. (Photo by Susan Kask)

I still have the love; Richard’s just not here physically to celebrate with me. I don’t think it’s morbid or a sign of “not moving on” to mark this particular day in my life. For me, taking the time to acknowledge this anniversary is about acknowledging the love we shared, and the grief I feel to not have my love beside me still. It’s about embracing the yin and yang of life, the opposites that make life what it is: a rich and complex journey, one where we grow along the way. That’s what I’m doing: growing along the way as my own cycle turns toward–whatever is next.

Even the very word “anniversary,” by the way, harkens to that cycle: it’s Middle English, from the Latin annus, “year” and versus, “turning.” Another year of my marriage to Richard turns, and I walk on. Alone, but filled with gratitude for the body of love we shared, a love that continues to grace my days.