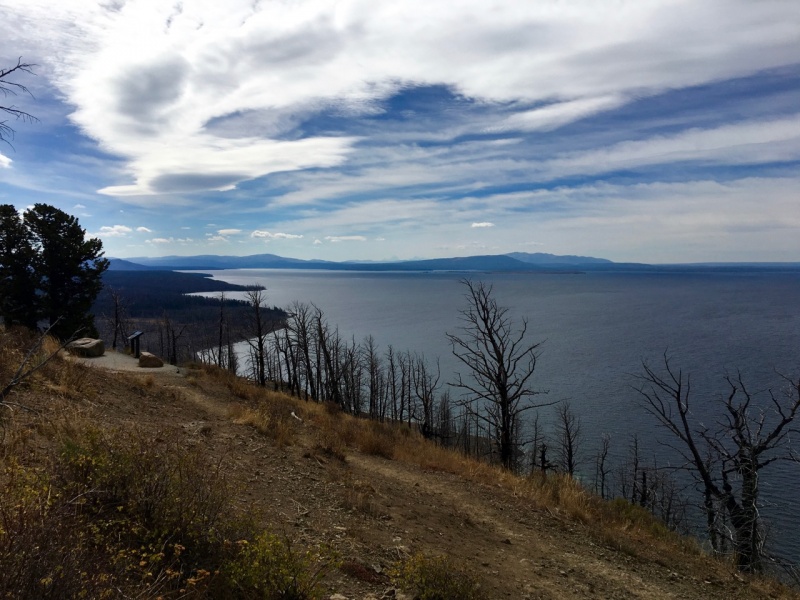 Near the end of my first book, Pieces of Light, a year's worth of journal-style essays about making a home and observing nature in Boulder, Colorado, I wrote a couple of paragraphs that at the time were simply poignant and now seem quite prophetic. The year in Boulder documented in that book came after we had moved from Laramie, Wyoming, where we met and married, to Morgantown, West Virginia, where Richard taught at West Virginia University, and then three years in Western Washington.

In Boulder, Molly finished third grade, and Richard finished his dissertation in Economics and then accepted a position at Iowa State University. I was, I think, in denial. All through that halcyon year of exploring Boulder and its environs, I had hoped that we would somehow be able to somehow stay in the region where sagebrush grows, the skies are intensely blue, and mountains line at least one horizon. The region where my heart is happy.

It was not to be. So before we left for Iowa, I took a solo trip home to northwest Wyoming. I visited friends in Cody, did a little fieldwork with my geology mentor, the late, great David Love, in Jackson Hole, and then spent a few nights in Yellowstone National Park. Where I wrote these paragraphs:

Today I sit in the warm sun on a smooth-as-satin weathered lodgepole pine trunk washed up as winter flotsam on the shore of Yellowstone Lake. The lake stretches for miles, filling a collapsed volcanic dome like a piece of fallen sky, at this moment deep blue and ruffled like wrinkled velvet. The air, scrubbed clean by yesterday's rain, reveals a landscape etched with memories. Here I grew into an adult, pursued my field ecology career, lived the years of my first marriage. It is home to me still. Each valley, each undulating or craggy ridgeline, each meadow, each bit of pattern in the dark forest cover is familiar. …

How could I ever have been so naive as to think that this trip home would make leaving the landscape of the Rockies easier? … I ache at the thought of leaving again, knowing that the going will rip a part of me out, the me that is rooted in these huge, arid landscapes. I hug my arms around myself, anticipating the parting, trying to hold myself intact. It is futile. I must go; I want so badly to stay. …

Once I get up from this log and walk back to my rental car, I begin the leaving. The road away runs east along the lake shore across Pelican Valley, then up through the forests, past the sulphur yellow and ashy white earth of steaming hot springs… finally emerging in the Big Horn Basin at Cody. From there by plane to Denver, bus to Boulder, and thence, gathering my family and possessions around me, by rented truck to the cornfields of central Iowa. Once I leave this log, there is no looking back.

Indeed, there was no looking back.

After two years in Iowa, where Molly finished Fourth and Fifth Grade, Richard began making his name in Economics, and I wrote my first book, we moved to Las Cruces, New Mexico. We lived there seven years, long enough for Richard to get tenure at New Mexico State University and establish a consulting practice as an expert witness in the economics of regulation. 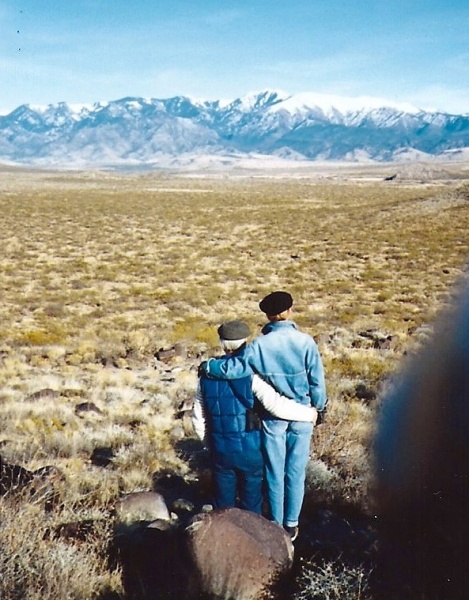 Richard and me at Three Rivers Petroglyphs, New Mexico

During those years, Molly graduated from high school and started college, and I wrote five books, most of them about the desert. I did my best to love where we lived, but I never quit missing the Rockies. So one spring Richard took a year off teaching and we moved north to Salida, his childhood home in south-central Colorado.

We never returned to Las Cruces. Richard's expert-witness work kept him busy for nearly a decade, and when that waned, he tried real estate appraisal, but that didn't suit his thirst for intellectual stimulation. I urged him to explore the abstract sculpture he had considered a hobby his whole life, work with stone and steel and wood that expressed his innate love for this earth. 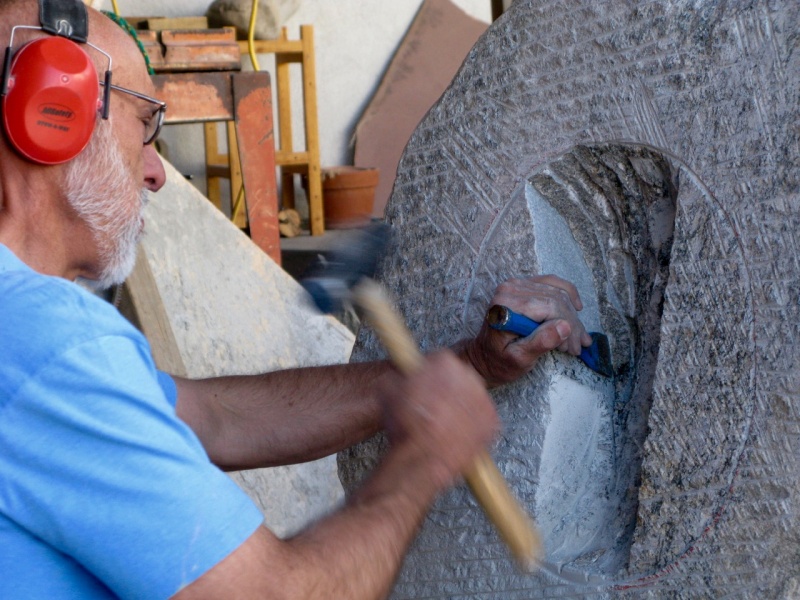 Richard at work on a boulder

Sculpture provided both the intellectual and creative challenge he needed. Richard's art was beginning to gain a following when one quiet summer Sunday morning, he saw thousands upon thousands of birds, transient hallucinations that were the only major sign of the brain cancer that would kill him two and a quarter years later.

Before he died, Richard asked me to stay in Salida where the community had held us so close through that terrible and beautiful journey toward his end. "Don't make any sudden decisions," he said.

I didn't. I couldn't stay in the house he built for us, his largest sculpture with its soaring, light-filled great room, sinks carved from local boulders, and the flagstone shelves that issue from the walls like cliff ledges. The place was too big for me to maintain, and it was my largest asset: I needed the cash out of it to pay the bills.

So I finished the house and built my own snug place, using the one basin from the big house he hadn't ever installed (because he never finished the master bath!) as the vanity sink in my bathroom, a way to take him with me. 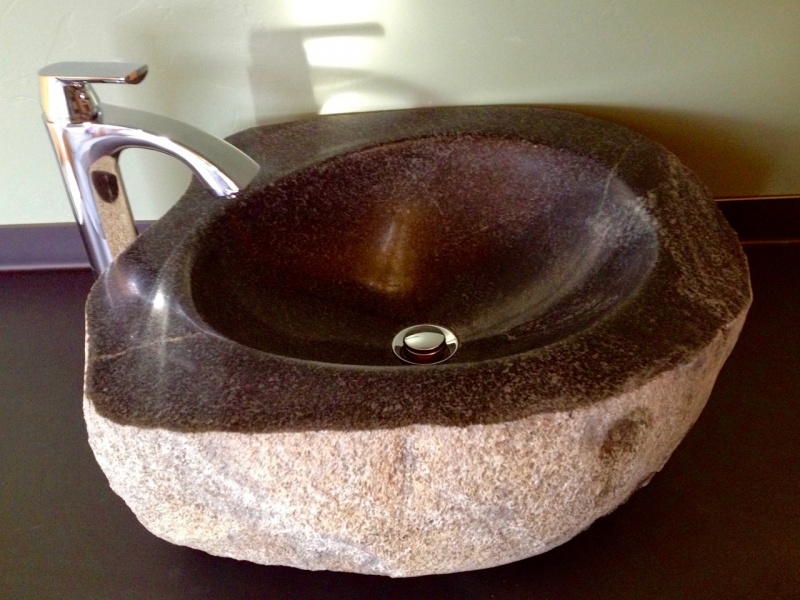 That gorgeous basin, which reminds me of Richard and his saying that rocks are "ambassadors of the earth" every time I wash my hands.

And I settled in, loving the small space and the way it made my feel safe, cradled, in this new journey as Woman Alone.

Which is why, 28 years after I sat on that satiny weathered pine log on the shores of Yellowstone Lake and grieved at leaving the home of my heart, I am finally looking back. I've just returned from a few days in northwest Wyoming, my third trip to Cody and Yellowstone in the past five months.

It still feels like home, even after all these years. And I still have good friends there, some from decades ago, some new. Enough to form the beginnings of community. My heart is happy there, something I think Richard would understand.

So, after talking to Molly and my family, I am planning a move. Not this month or even this year, but before my next birthday. It's time. Home calls. 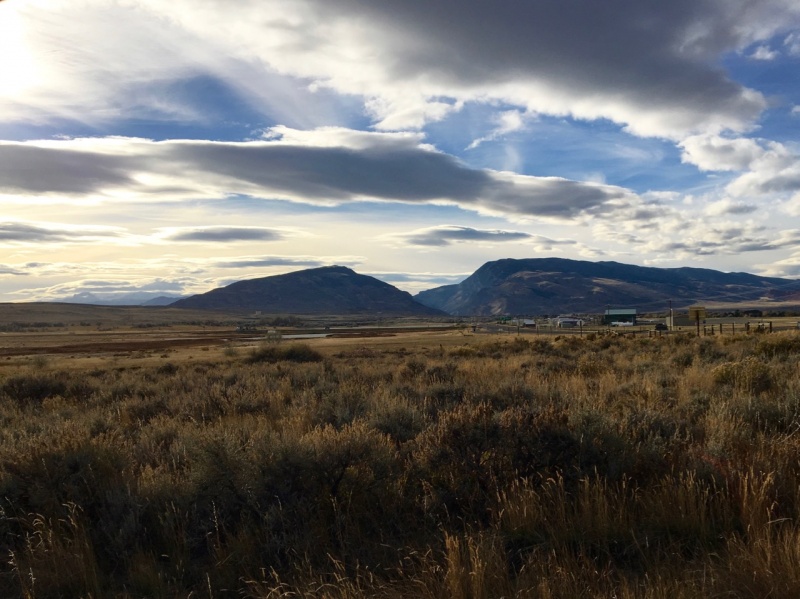