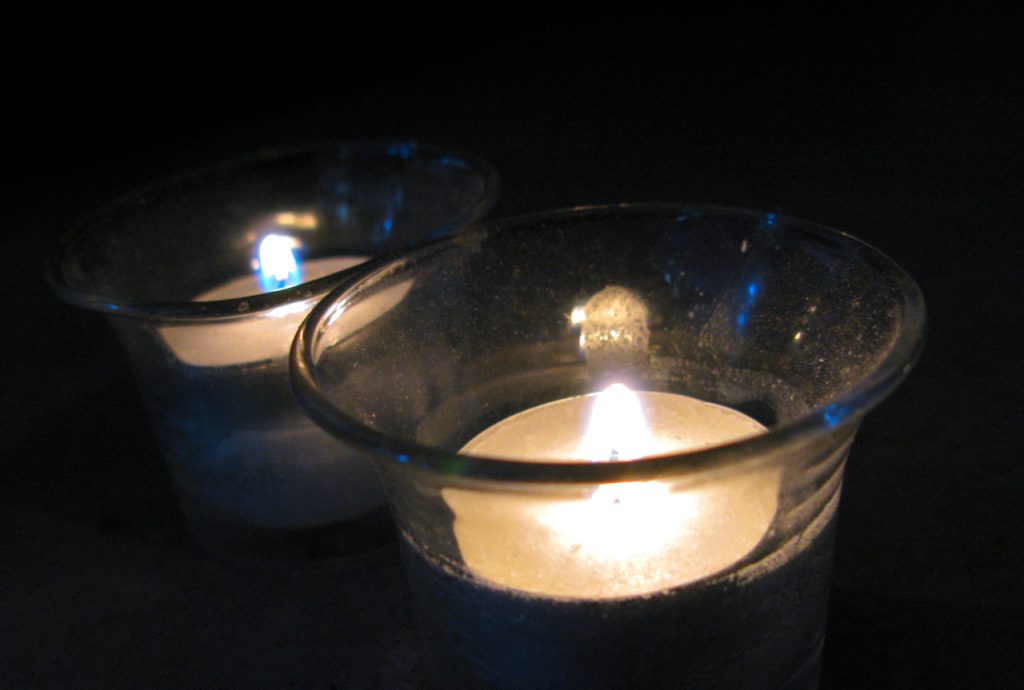 Candles for grief and remembering

When I heard the news of the horrific attack on the French newspaper Charlie Hebdo on January 7th, when gunmen burst into the offices during the weekly editorial meeting and killed nine staffers and contributors, plus one policeman guarding the offices, one out on the street (Ahmed Merabet, whose name and Muslim faith inspired the Twitter hastag #JeSuisAhmed, “I am Ahmed”), and a maintenance man who was simply in the wrong place at the wrong time, I grieved for their lives and for how violence diminishes all of us. A world in which we massacre others for whatever reason is a world where all humanity is stained.

#JeSuisCharlie. In reality, I am not Charlie (the name of the satirical paper comes from the cartoon character Charlie Brown). Nor am I Ahmed. I am not French, I do not draw what we here in the United States call editorial cartoons, but in France are a beloved and revered form of art and political commentary.

Nor am I the young Muslim man who reportedly hid hostages at the Jewish grocery store in the freezer yesterday in the second chapter of that terrorist saga. I am not those shoppers who were held hostage for five hours, or the four who died. Nor am I the police who rescued the remaining hostages, or shot the gunmen in separate incidents in separate parts of Paris.

I am a middle-aged, middle-class white American woman who has never been threatened by terrorists, never had to worry about whether the color of my skin, my political beliefs, or the sound of my voice would inspire others to shoot me.

I do know something of the terror of random violence. Late one snowy night decades ago in Laramie, Wyoming, I chanced to walk by an alley where a man wearing a ski mask and a dark coat exposed himself. I ran, terrified, aiming for the porch of my friends’ house two blocks away. I can still hear the pounding of his feet on the creaking snow, and the ragged gasping of my breath and his as his longer legs gradually closed the distance between us. He didn’t catch me. The door opened, my friends pulled me safely in, and he faded into the night.

So while I am truly not the victims of the horrible attacks in France, or in Nigeria, where the Boko Haram killed hundreds more people last week, or Michael Brown in Ferguson, Missouri, or anywhere else in the world where people are massacred simply because they are who they are, and someone else who believes they have the right to kill because of it, I am human. And that connects me. It connects all of us.

As the Sixteenth-Century English poet, lawyer and cleric John Donne so famously wrote in his essay “XVII Meditation”:

No man is an island, entire of itself; every man is a piece of the continent, a part of the main. If a clod be washed away by the sea, Europe is the less, as well as if a promontory were, as well as if a manor of thy friend’s or of thine own were: any man’s death diminishes me, because I am involved in mankind, and therefore never send to know for whom the bell tolls; it tolls for thee.

To paraphrase Donne’s gorgeous language, Every person is a piece of the continent, a part of the whole. … Anyone’s death diminishes me, because I am involved in mankind…. The [funeral] bell tolls for me and thee, for all of us.

#JeSuisAhmed. #IamMichaelBrown. We are all connected. Any violence diminishes our shared humanity.

How do we respond? For me, it’s important to remember is that there are about 7.2 billion people on this planet. And most of them aren’t shooting or terrorizing each other.

So while the terrorists and haters may shout/shoot the loudest and get the most attention, they’re not by any means the majority of human beings. Most of us are still, well, human. Which to my mind means capable of understanding that we are different. That we won’t always agree. Which in fact is a good thing, because diversity is healthy for humans and all other species.

My response is to redouble my resolve to practice kindness and generosity. Especially toward those who don’t look like me, speak like me, or behave like me. Because they are part of the main, the species, my people, too.

No, I am not Charlie or Ahmed, or Michael Brown or the Nigerian schoolgirls. But I am human, and I will behave like the best we humans are capable of, not the worst.

My beeswax intentions candle, burning with lavender and sagebrush from my garden