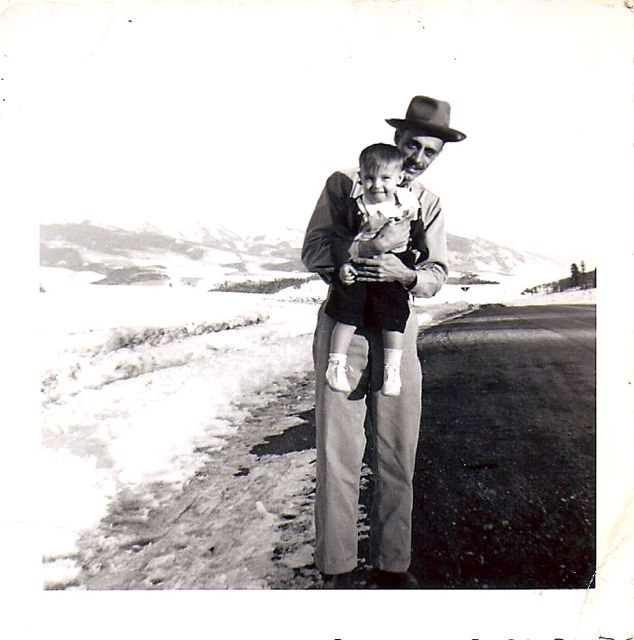 Richard and his dad, Raymond Cabe, outside Salida, winter of 1951

Today, July 16th, 2012, would be Richard’s 62nd birthday. Molly and I decided last winter that we wanted to mark the occasion because while remembering is painful, forgetting his life and the joy he took from it would be worse.

Picking a weekend was easy: his favorite summer event in Salida, the Colorado Brewer’s Rendezvous, where microbreweries from around the state set up tasting casks under the shade trees in Riverside Park a few blocks from our house, was scheduled for Saturday, July 14th. Perfect.

The theme was easy too: it’s a long-standing Cabe-Tweit tradition to combine playing pétanque (a French game of bowling on gravel using steel balls, another of Richard’s summer delights) on our front-yard court with brunch on the morning of the Brewer’s Rendezvous. Once we had the date and the theme, we invited the combined Cabe-Tweit clan plus a few dozen friends, and left the planning and organizing until later.

The day before I left for the river trip, barely 10 days before the petanque brunch, I contemplated preparations. We had always served fritatta, muffins, and fruit salad with homemade yogurt, plus mimosas and an assortment of other beverages ranging from Trippel, Richard’s favorite beer, to coffee and natural sodas. Since it would be just me preparing food for 60 or so guests, I gave myself a break and ordered the fritattas from Ploughboy Local Market, and the muffins from the new bakery downtown. The point was to have a day he would have enjoyed, not to stress over it. 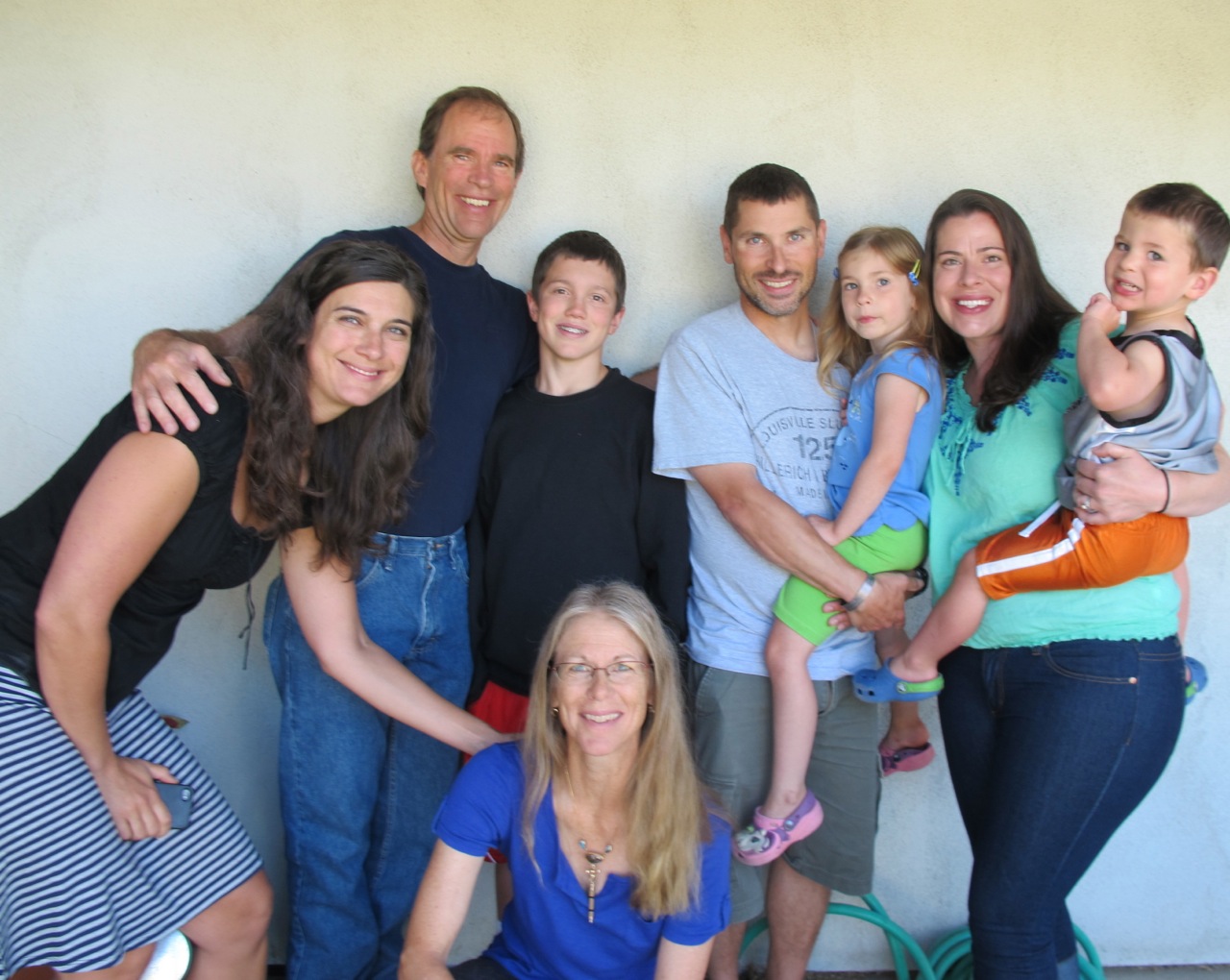 Molly, my brother Bill, great-nephew Connor, Matt, Fiona, Sienna and Porter Bryant (Sienna is Bill’s middle girl), and me in the front row. Thanks to Mark Allen for the photo.

Two days after I shook the sand out of my river shoes, the Tweit clan began arriving. First my middle niece, Sienna, her husband Matt, and their four-year-old, Fiona, and three-year-old, Porter, pulled in from Washington State via stops at Arches National Park and Black Canyon of the Gunnison, among other places. Then Molly and Mark, who flew in from San Francisco; and late that night, my brother and my eldest great-nephew, Connor, also from Washington State, but fresh from a backpacking trip in the San Juan Mountains via the Durango Silverton Narrow Gauge train.

The next day, Friday, we went into serious party preparation, beginning with weeding the petanque court, which for some reason my wildflowers love to colonize. (Clearly, they don’t understand the hazards of play!) Molly, Mark and Bill dug and pulled and raked until the court looked better than it has in years. 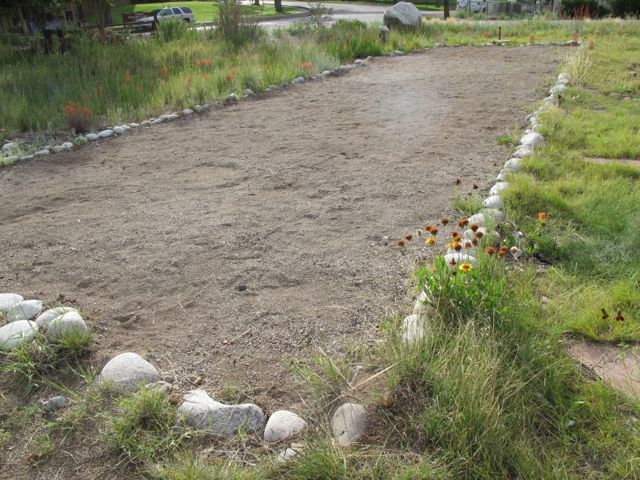 The freshly weeded and raked pétanque court, outlined by river rocks and native wildflowers and grasses.

Next we laid in beverages, hauled the 12-foot-long chop saw table from Richard’s studio over to the front porch to hold food, and bought recyclable plates and cups.

Saturday morning we moved the big umbrellas to each end of the court, distributed chairs on the porches and patios, filled the chop-saw table with food and the big galvanized bucket with ice and drinks, arranged mementos at one end of the food table, including a candle made from the remains of the luminarias from the celebration of Richard’s life (thanks to Ed & Paula Berg, and Arlene Shovald) plus an iPad slide show put together by Mark and Molly, and then hung out. 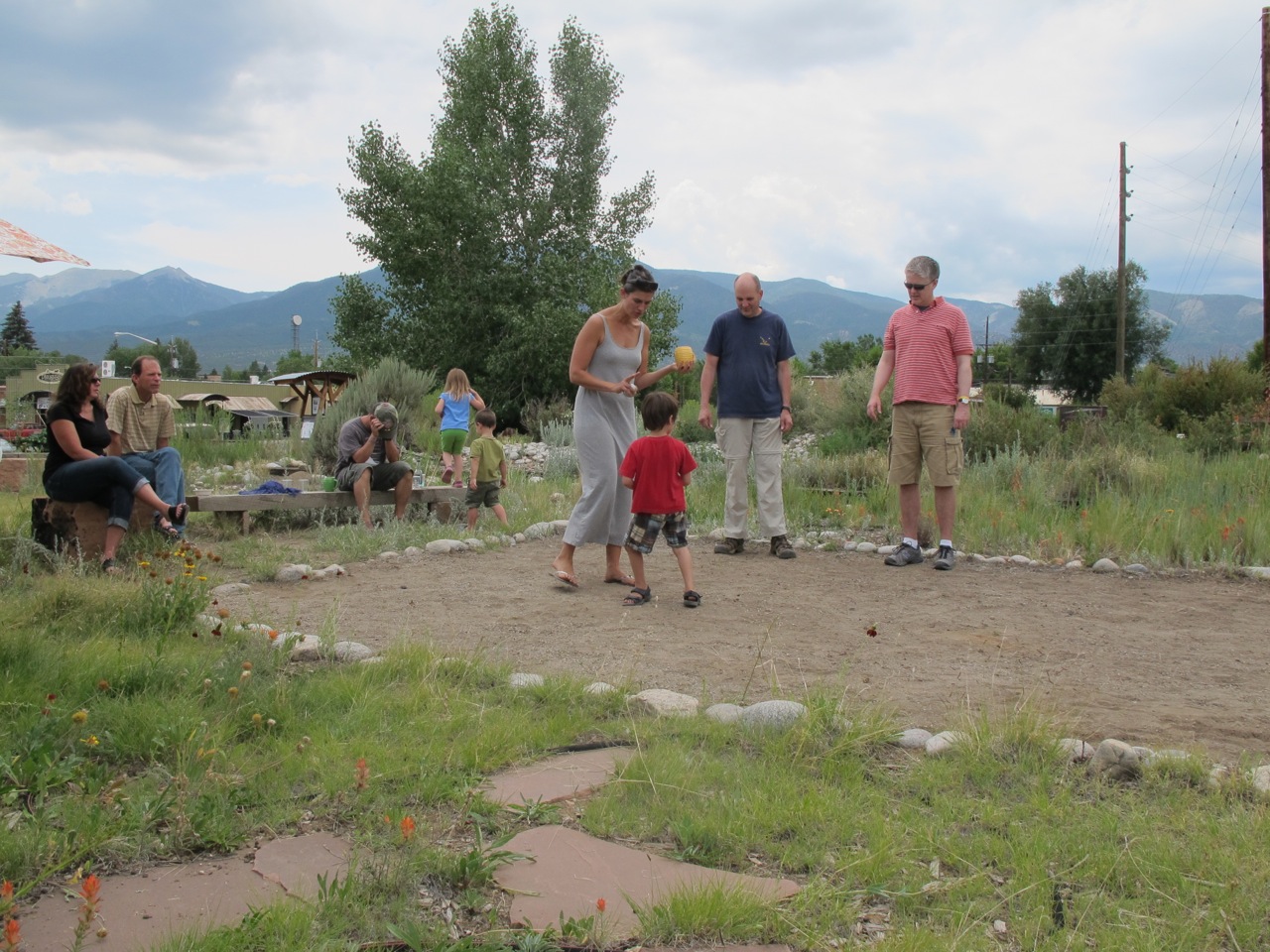 Soon, the porches and yard were full of people eating, drinking, chatting, and either pitching boule or cheering on the pitchers. I flitted about, greeting guests, opening champagne bottles, refilling the coffee carafe, making sure everyone had food and drink, and giving tours of the house and Richard’s studio.

It was a great party, the kind where you look around and realize that people who were strangers a few minutes ago are now talking animatedly, and kids of all ages have gotten into the spirit of play.

By the time a rain shower moved in and the party attendees sheltered under the umbrellas and porches, it was mid-afternoon and time for those who were headed for serious beer-tasting to be on their way, and for the rest of us to clean up. 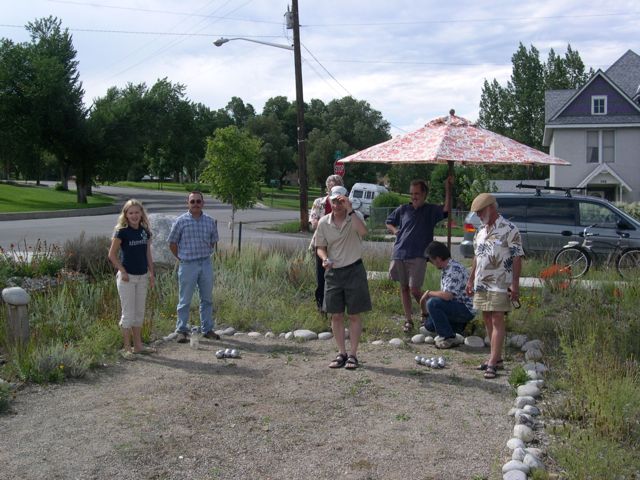 Some talking, some pitching, all enjoying the kind of gathering Richard loved….

When the house was quiet again, I poured myself a mimosa (my first, if you’re counting) and raised my glass in the direction of the now-quiet pétanque court.

“Happy Birthday, my love,” I said. “You are much missed and well-loved.”

I swear I could feel him smiling.