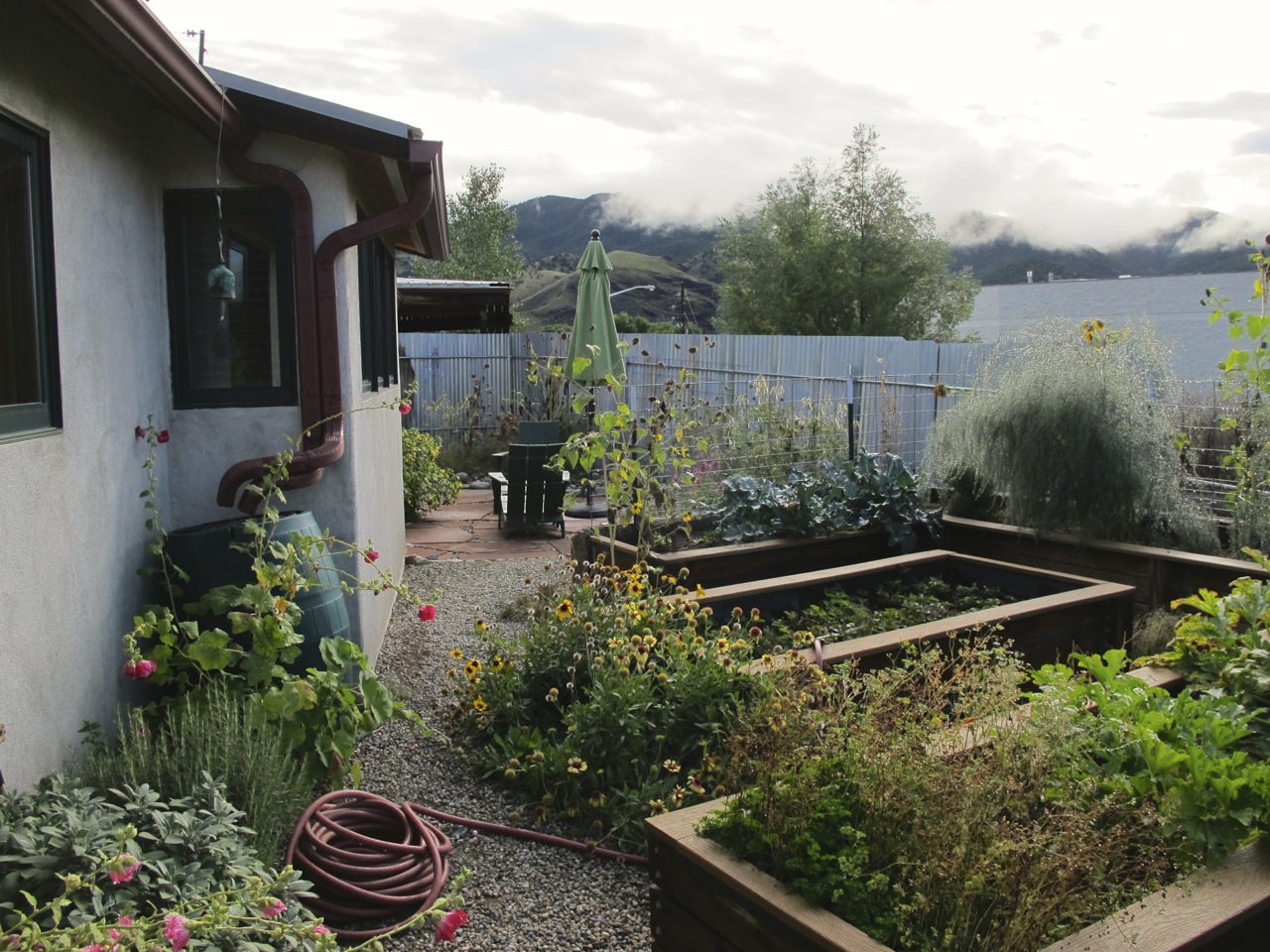 Part of the kitchen garden at Terraphilia last fall.

At Terraphilia, my old house, I grew everything from strawberries and asparagus to eggplants and tomatoes in a large raised-bed kitchen garden that Richard built for me while the house was still under construction.

I chose to locate that organic garden within the containment wall where above-ground oil tanks had once stood. In my mind, the garden provided a powerful symbol of our ability to heal that formerly blighted industrial property. Each bounteous and beautiful harvest gave me hope for larger project of restoring this battered earth. 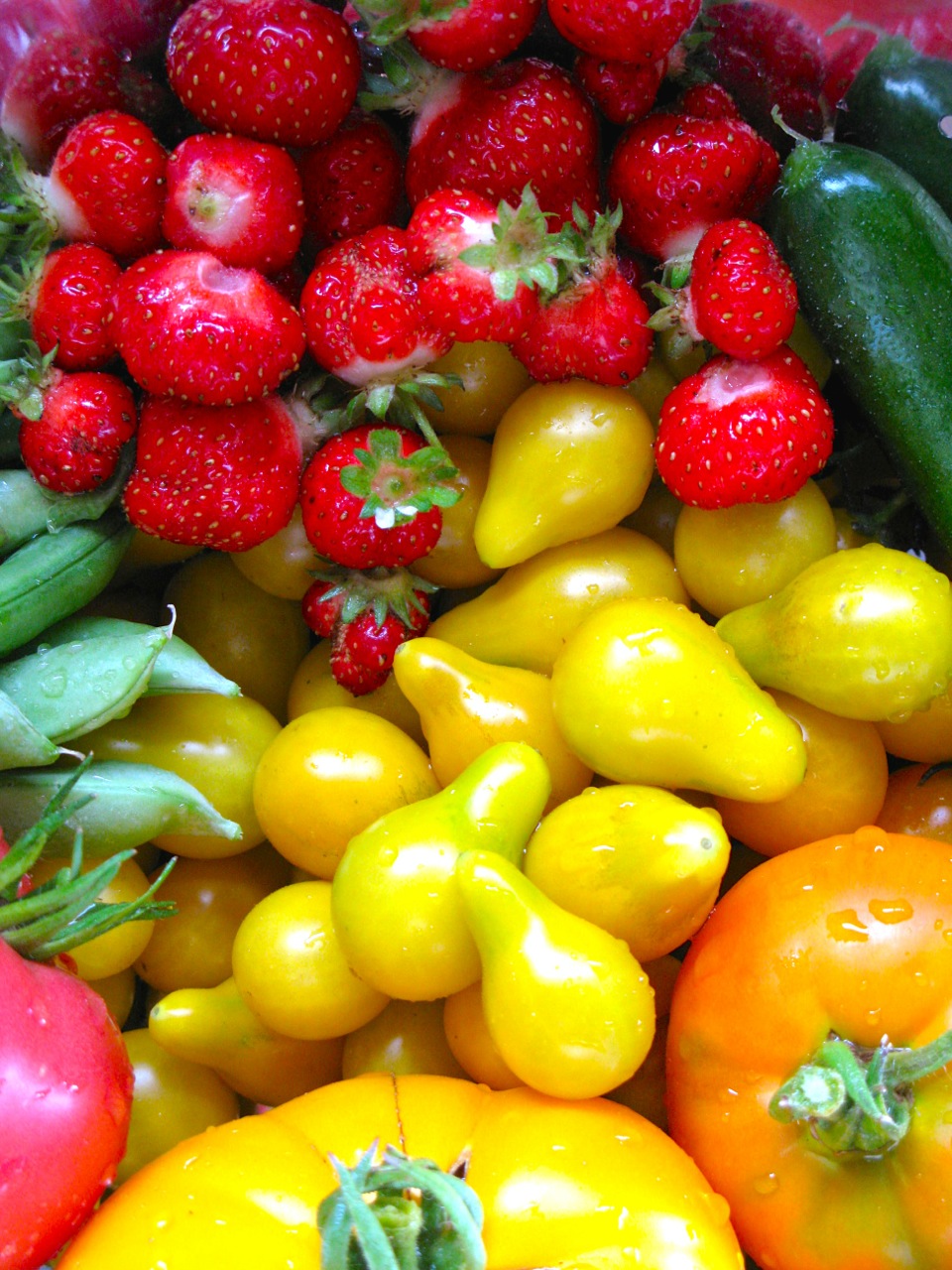 A morning’s harvest from my old garden

Now I live by myself at the other end of the block on the last chunk of this once-industrial property. I don’t need a huge kitchen garden, and I’m next to the creek the mule deer follow through the neighborhood every night, munching as they go.

Which is why I planned my new kitchen garden in containers on the deer-proof, custom metal-grating deck that wraps around the front and side of my new house. I sowed greens in a couple of large pots about a month ago, but the main part of the garden will sprout from a round metal stock tank I salvaged from Richard’s studio (it served as his wet-carving station for sculpting “small”–less than ton-size–boulders). 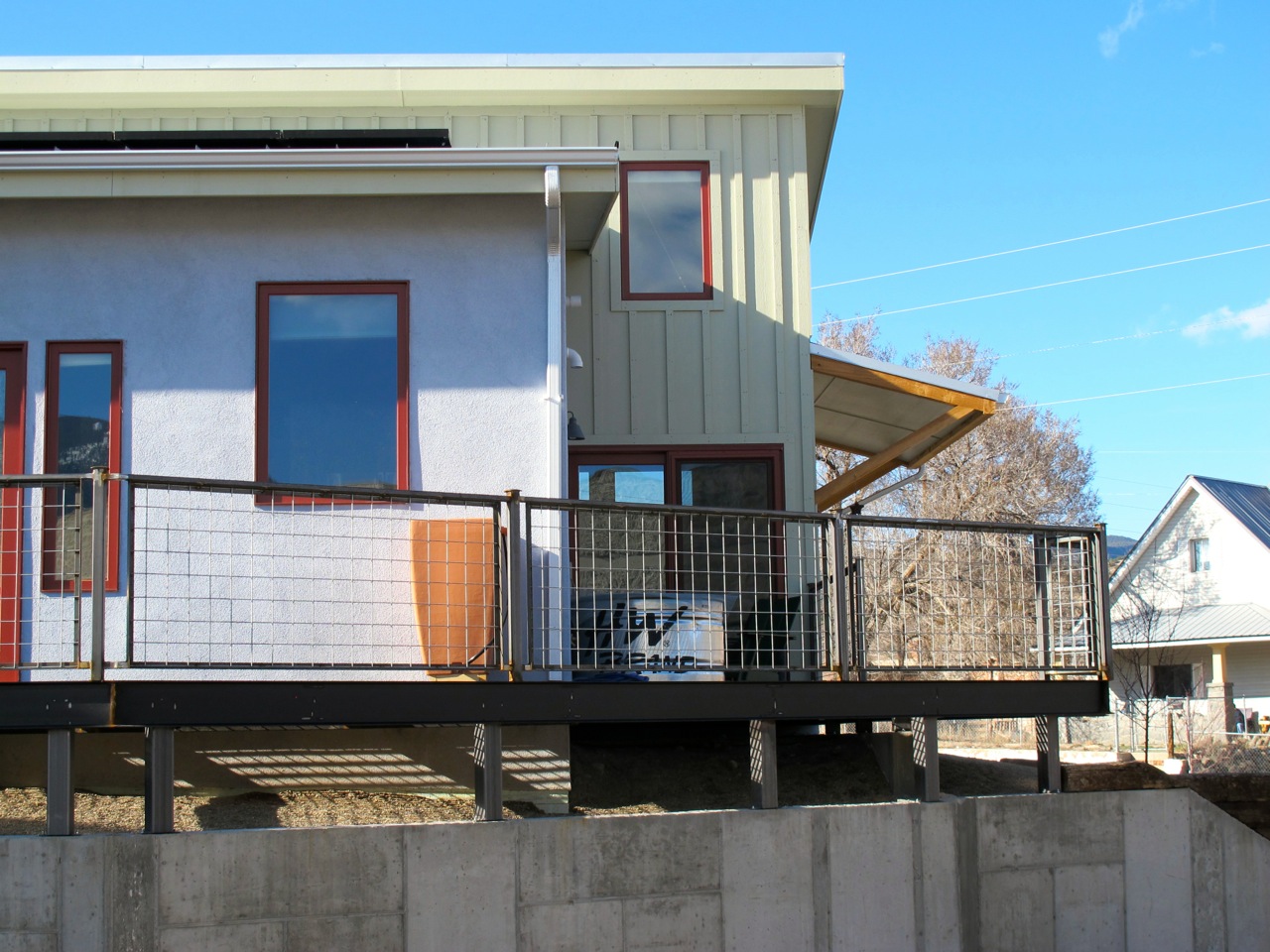 The stock tank on the street-side part of my front deck.

I’m behind on starting that garden, in part because my deck is not finished (it lacks approaches–steps and ramp–leaving a two-foot drop at each end) and in part because I’ve been on the road teaching gardening most weekends since late winter, instead of doing my own gardening.

On this rare weekend at home, I determined to make progress. First I hauled roadbase (crushed gravel) from the pile behind the garage to the front deck as the drainage layer of my soil column. 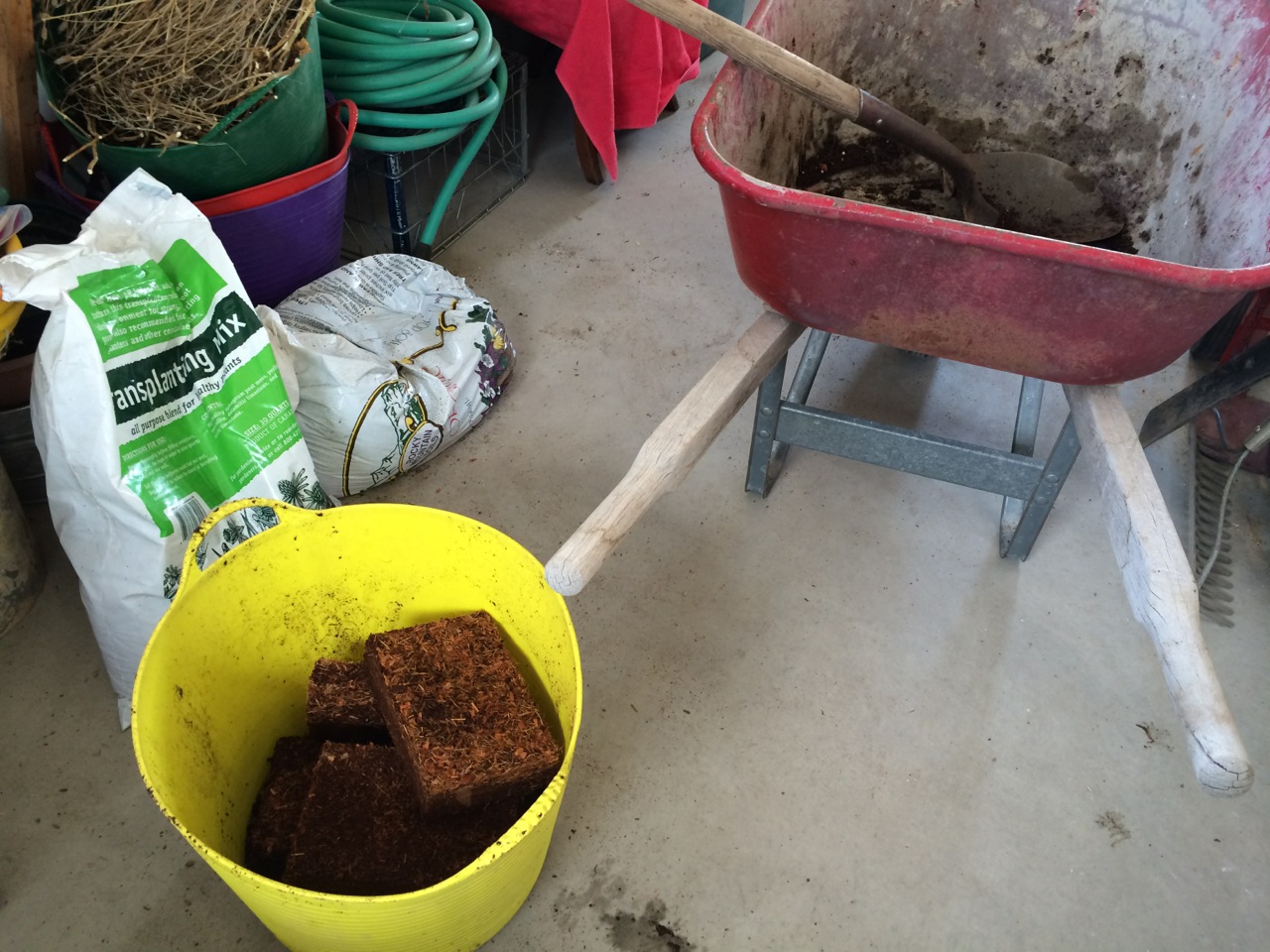 Coir bricks soaking up warm water in a garden trug next to the wheelbarrow.

Then I mixed my own organic container soil blend using coir bricks, condensed blocks of shredded coconut hull, to provide fiber and keep the soil from compacting, mixed with organic compost from a local farm, plus the remainder of a bag of organic transplant mix I use in growing my own heritage tomato, eggplant and basil plants. 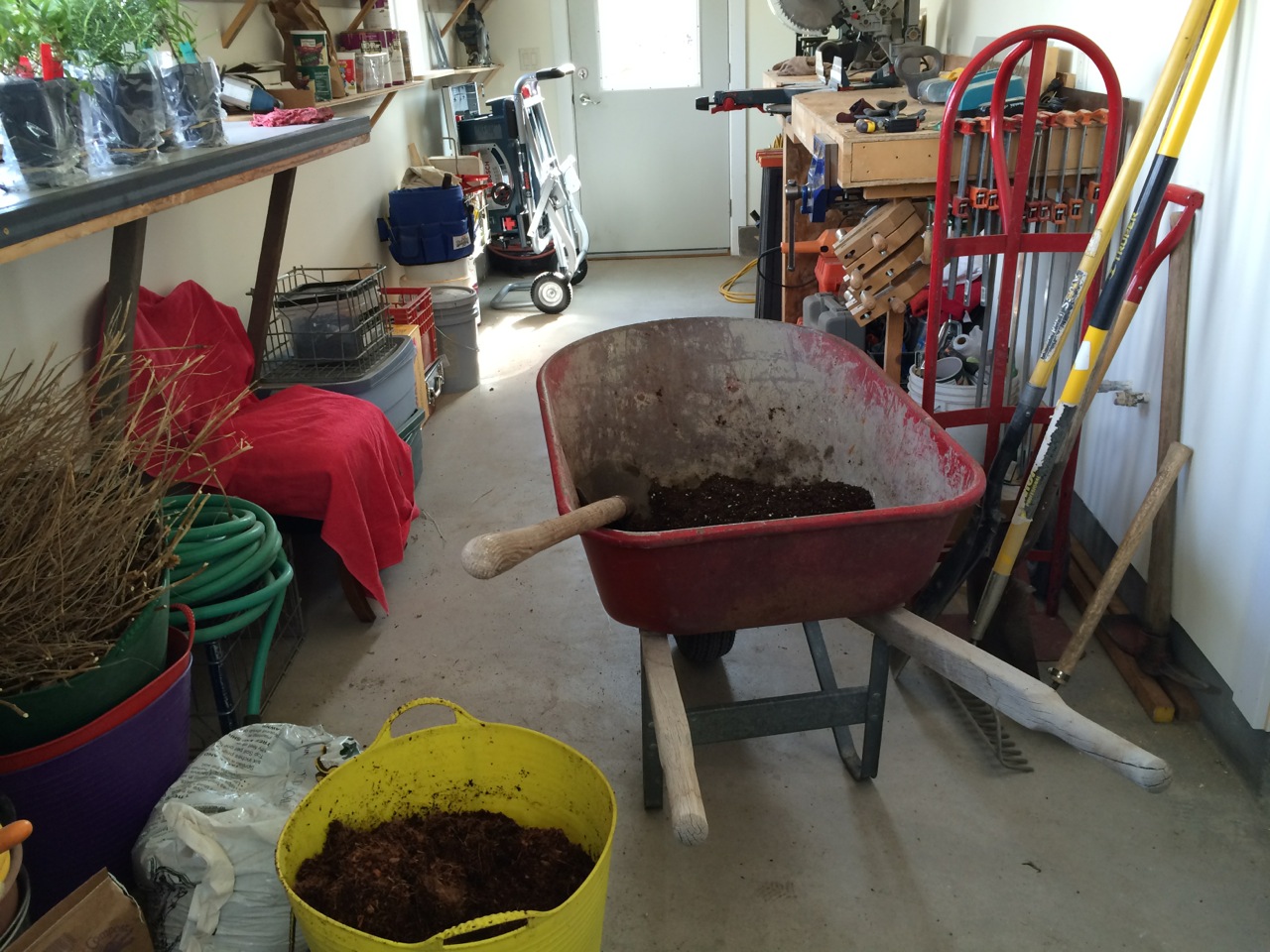 Mixing soil in the wheelbarrow in my sunny workshop.

I re-hydrated the coir bricks in a trug in the workshop/sun-space off my garage, and then mixed them with the rest of the soil in my big construction wheelbarrow. 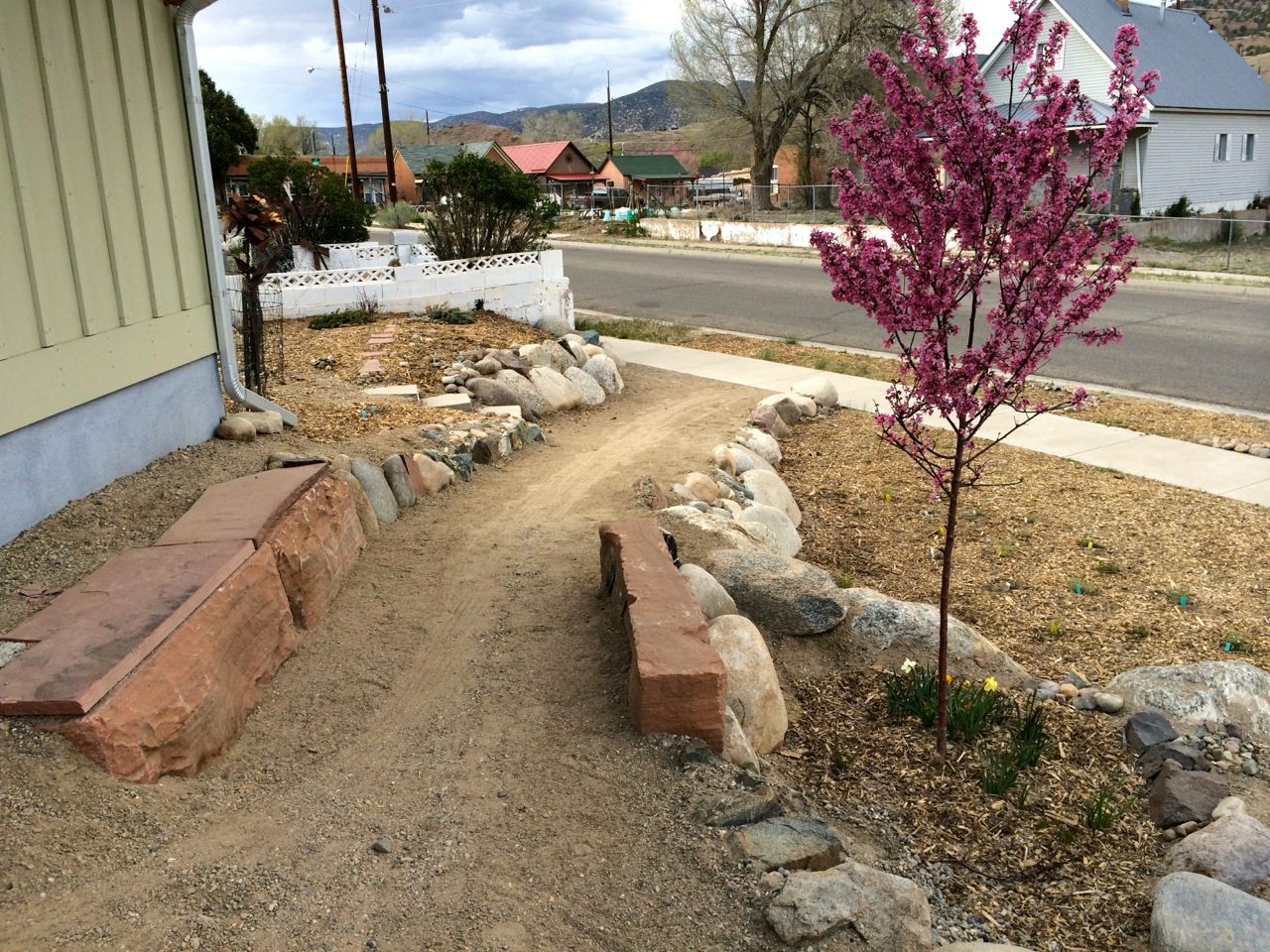 Then I pushed the full, heavy wheelbarrow along the creek bank past the garage and the house, up the sidewalk along the street, and then up the path that cuts across my steep front bank. 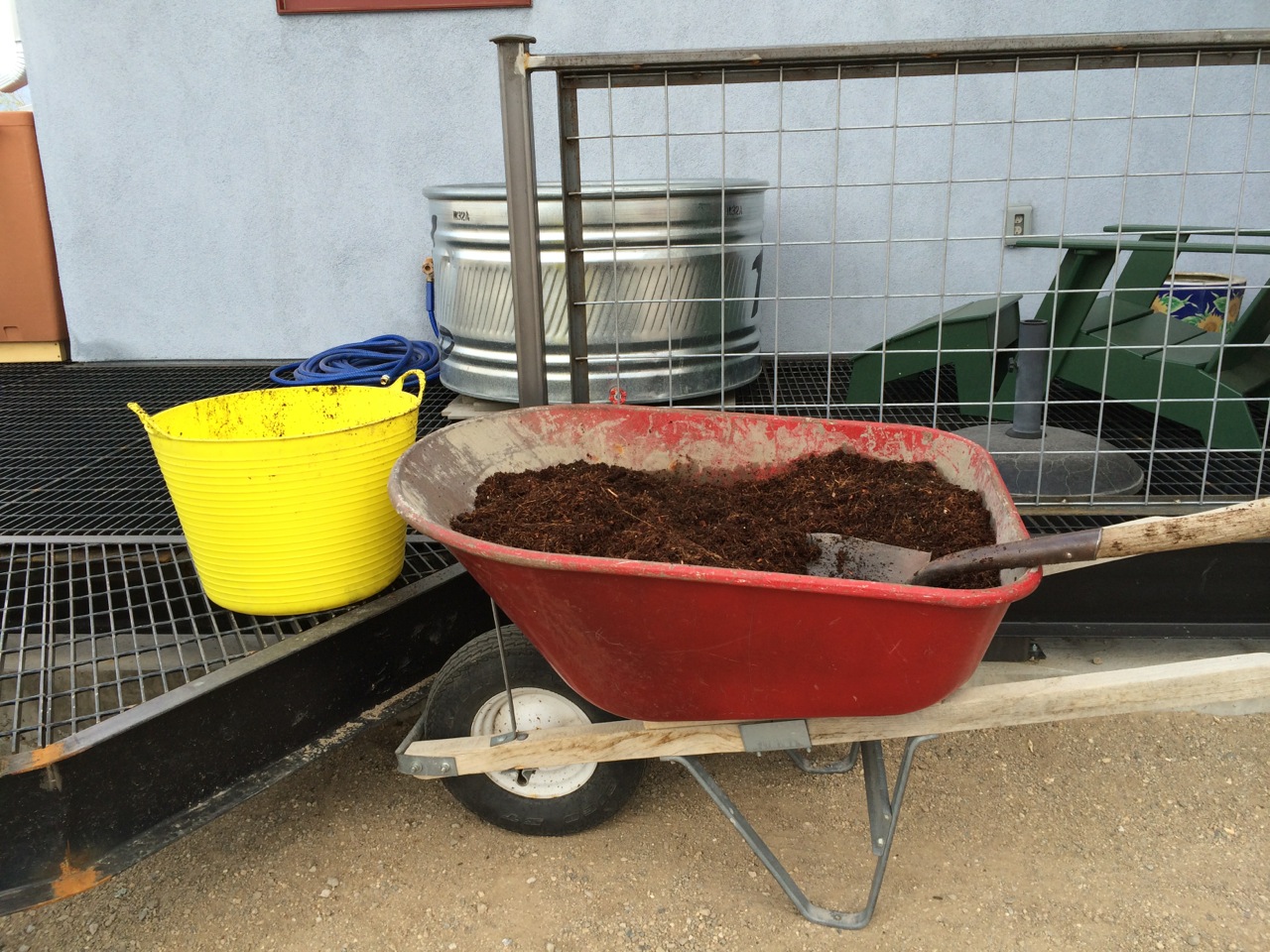 And then shoveled the soil into a trug, lugged the trug up onto the deck (if the ramp was in place, I could simply have rolled the wheelbarrow up), and dumped it, trug by trug, into the stock tank. 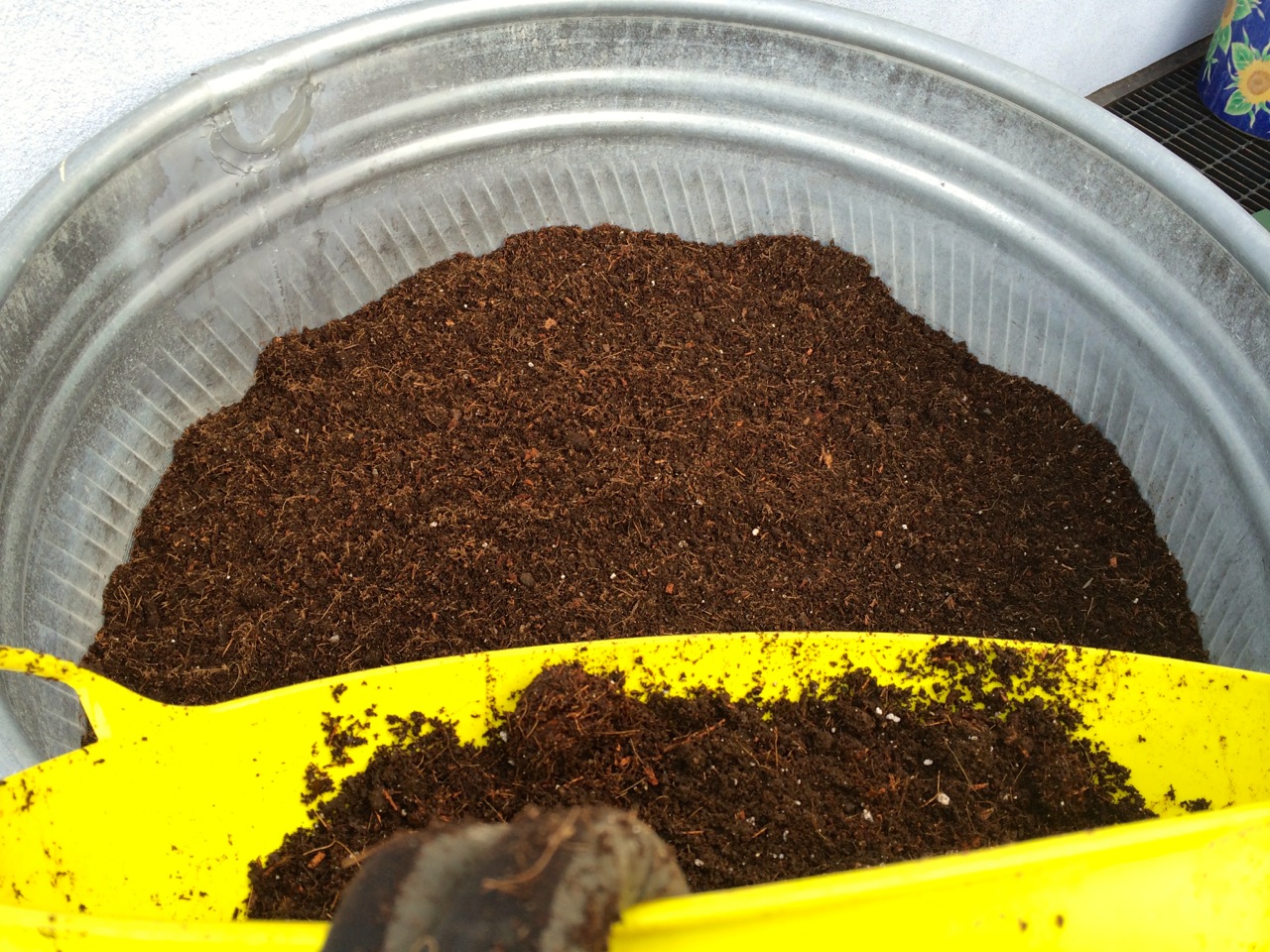 Dumping a trug of soil mix.

Two heaping wheelbarrow loads of soil later, my shoulders and back were feeling the strain, so I knocked off for the night. When the weather warms up again (the next two nights are forecast to be in the twenties; it’s drizzling snow right now), I’ll finish my new kitchen garden.

As I plant tomatoes and other edibles, I’ll think of my late love, builder of garden beds, houses, and sculptor who loved this earth. Like my old kitchen garden, this new one is a symbol of our ability to heal this battered earth—and my ability to heal myself. 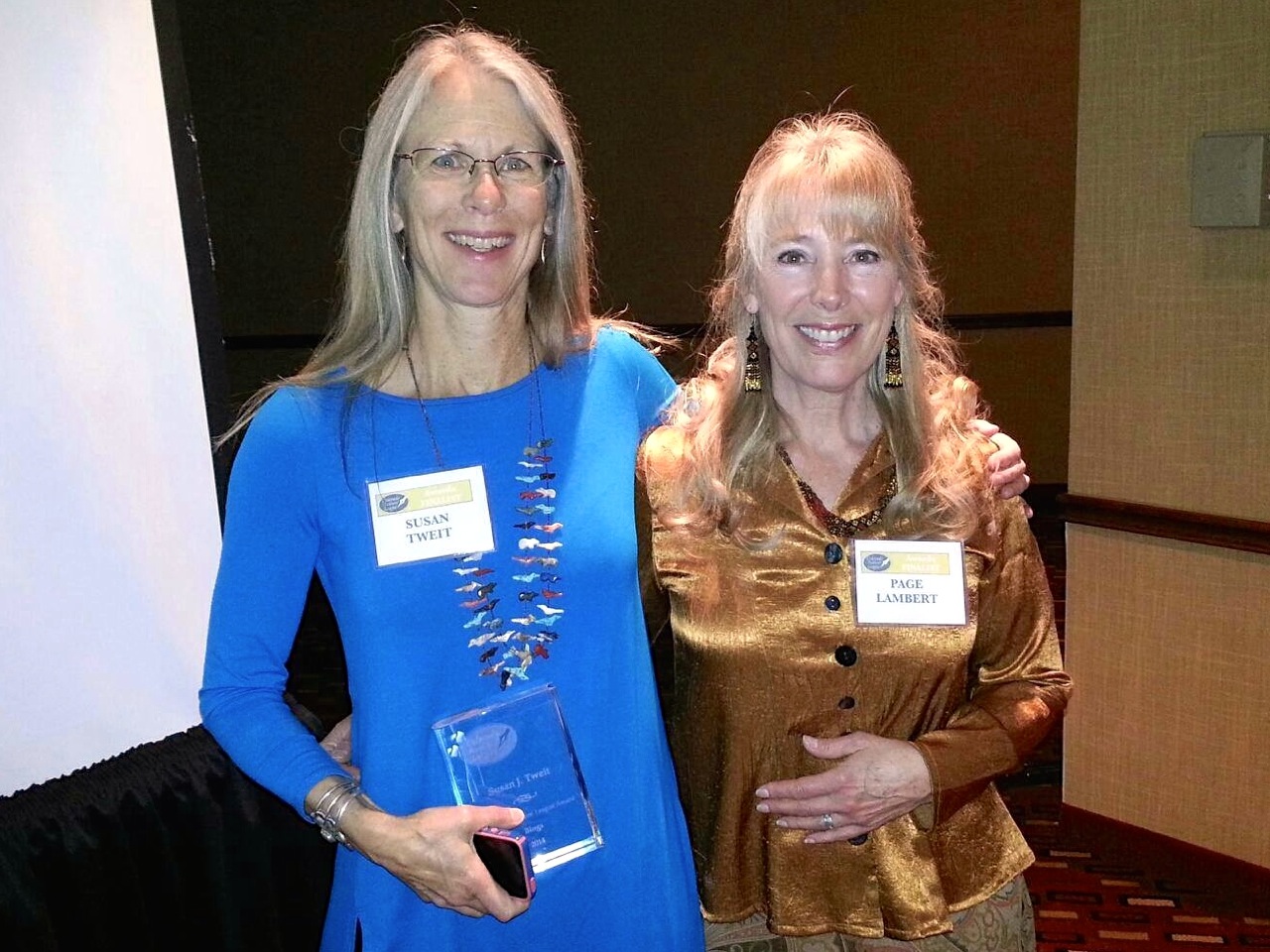 With friend and fellow author, Page Lambert, holding my crystal “book” after the banquet. Photo: John Gritts (thanks, John!)

One more thing, a brag: Last Thursday, I won the 2014 Colorado Authors’ League Award for blogs. It’s a special honor coming from my peers. Thank you all for the support and companionship on this writing road!