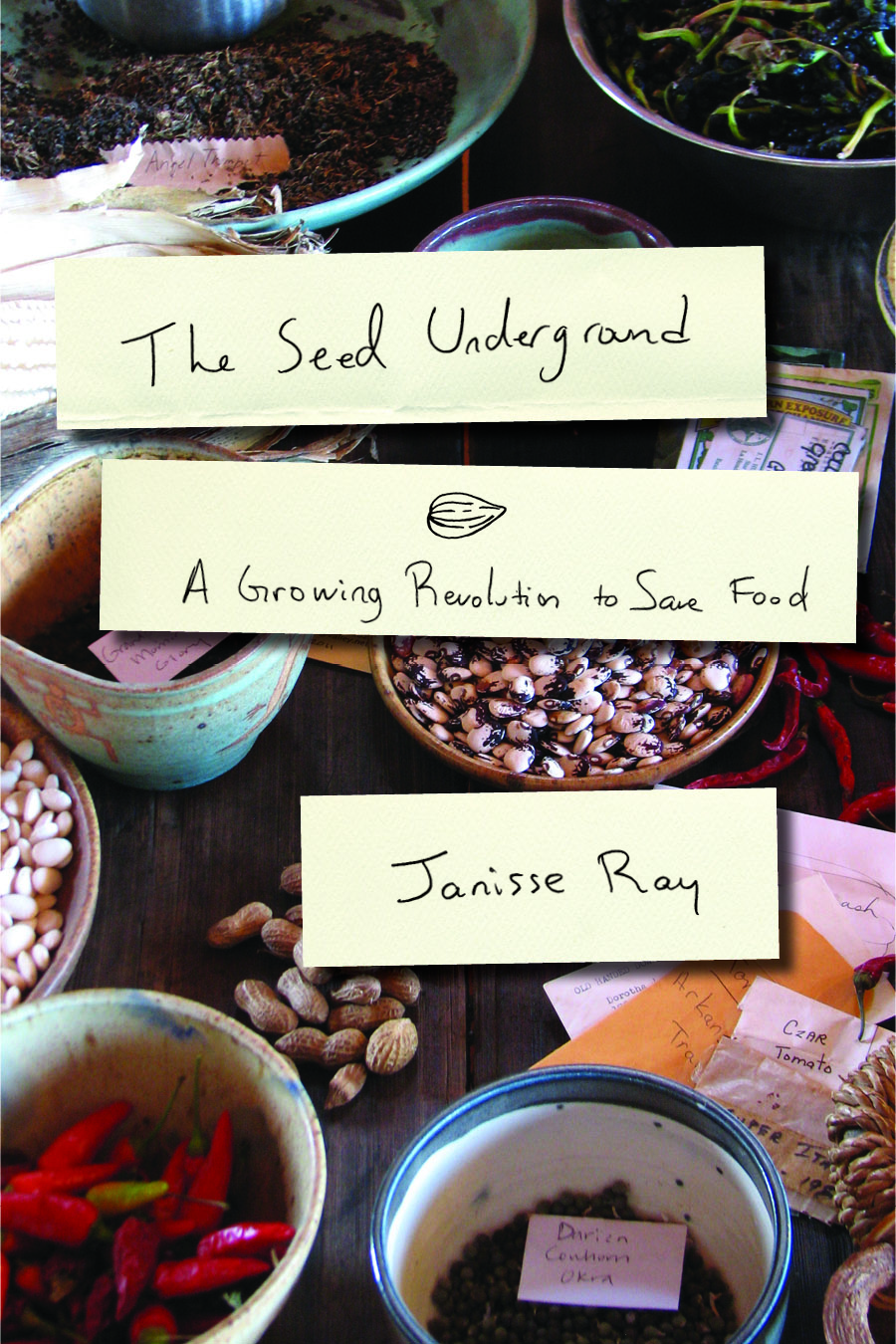 Last week I read two of the books in the “to review” stack on my desk: Janisse Ray’s The Seed Underground: A Growing Revolution to Save Food and Cultivating a Movement: An Oral History of Organic Farming & Sustainable Agriculture on California’s Central Coast, edited by Irene Reti and Sarah Rabkin.

If you care about food and how we grow it in this country, both books are “must-reads.” Ray writes an impassioned and informed manifesto, a call to learn about and save the thousands of unique varieties of food plants we have carefully bred. Reti and Rabkin’s book weaves interviews with a fascinating and diverse cast of characters into a picture of how organic farming sprouted in California.

Here are excerpts from those reviews:

The Seed Underground is a call to grasp why seeds matter, and then to act on their–and our–behalf. As Ray writes in Chapter Two, “A Brief History of Industrial Agriculture,” seeds and the genes they carry are an inheritance we need to survive. And that inheritance is being stolen:

Some things are inherent to the earth and thus belong democratically to all its inhabitants. Air and water, for example, are part of the public domain and should be forbidden in the marketplace. Seeds–always part of the great commons of human history–can no more be owned than fire. Or the ocean. And yet, the biotechnology industry has steadily made its way through courts and legislative halls like an evil maggot, claiming what does not belong to it, saying life can be owned. And it can’t, Monsanto. It can’t Syngenta.

That was Ray the thundering preacher speaking. Here comes Ray the poet, ending what might have been a dry chapter with this lyrical, heart-hooking passage. 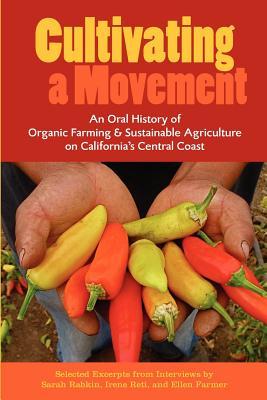 Cultivating a Movement, an outstanding example of oral history, edited by Irene Reti and Sarah Rabkin

“We in the United States are in the early throes of a revolution,” writes historian Linda L. Ivey in the foreword to Cultivating a Movement, “a radical change in the way we think about food.” The revolution Ivey refers to is the organic farming movement, the biggest change to American agriculture since the adoption of synthetic pesticides after World War II. “For this development… we can thank, in large part, a group of revolutionaries from the Central Coast of California.”

More than two dozen of those farmers were interviewed for this book, a project of the University of California, Santa Cruz. Some farmers, like Betty Van Dyke, who grew up on her Croatian-American family’s orchard in Cupertino in the 1930s, were born to the land; others, like Amigo Bob Cantisano, founding organizer of the Ecological Farming Conference, were hippies.

Cultivating a Movement brings the revolution of organic and sustainable farming alive through the voices of those with dirt under their fingernails as well as those who crafted the original organic-labeling legislation. It’s a satisfying and nourishing read. (Read the full review.) 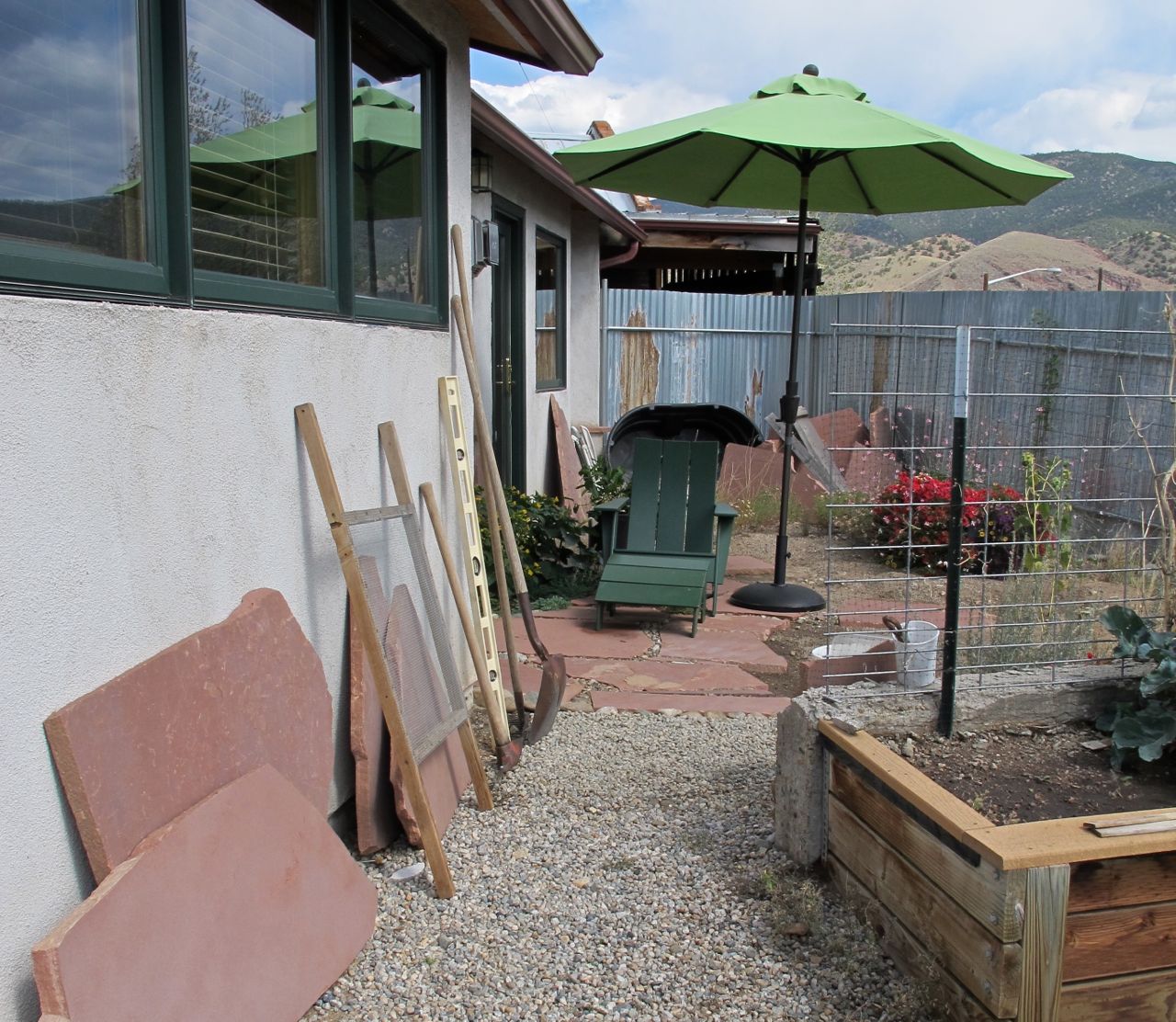 The view of the patio-in-progress from the kitchen garden.

And now the brag:

This weekend I resumed laying flagstones in the patio-in-progress off my bedroom. Fourteen months ago, Richard and I laid the first stone. When he could no longer physically help, he showed me how to pry the rocks out of our cobble-laden soil, sift the soil to make a sandy bed, level that bed and lay a flagstone. He also taught me how to safely move the smaller flags myself. (I can’t move the big ones, which weigh considerably more than I do; the smallest flag I laid this weekend weighed just over 50 pounds; the largest weighed 80.) 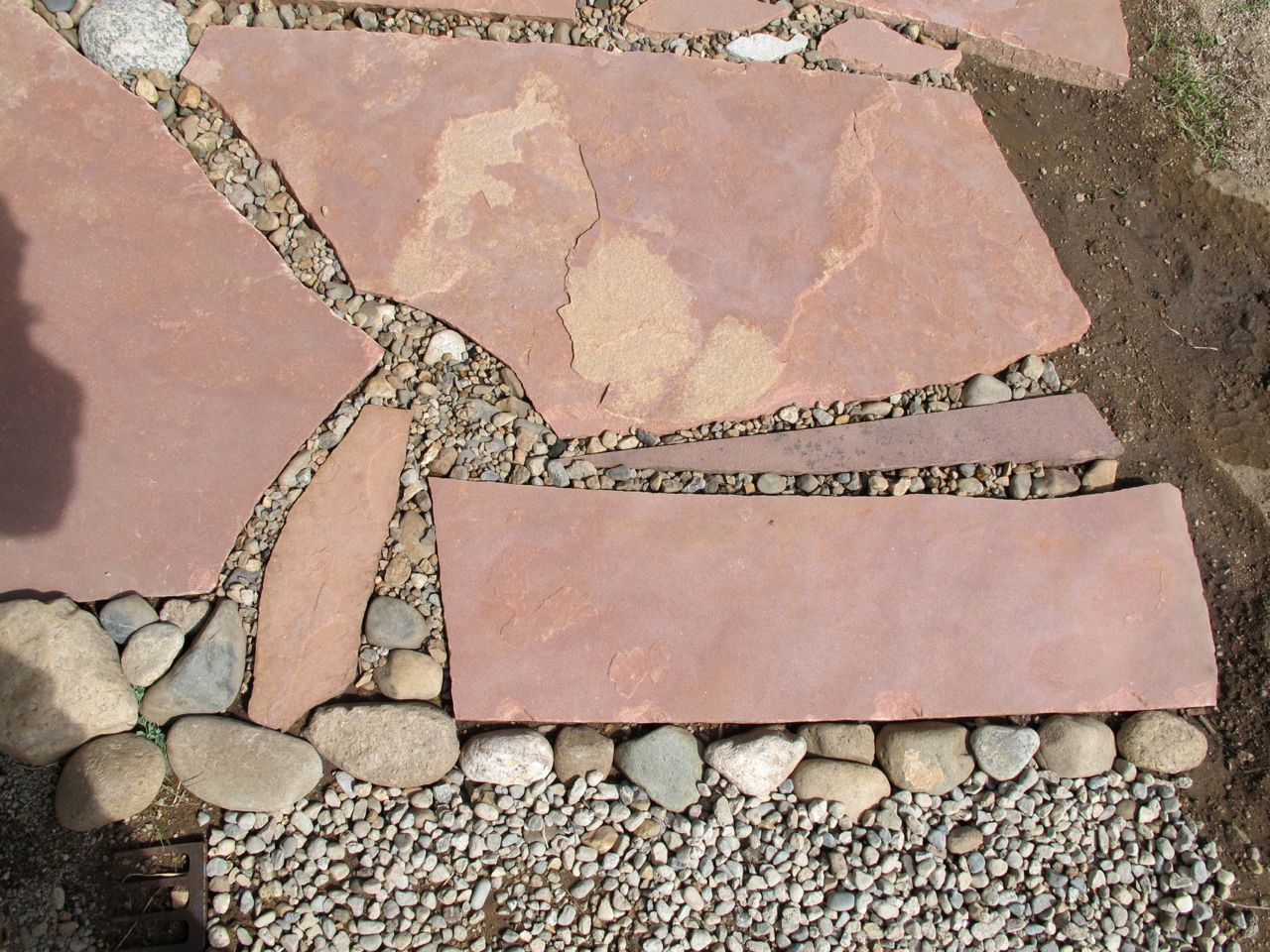 Two of the stones I laid this weekend, in their bed of sifted soil, embedded in a matrix of the gravel and rocks from that soil, plus flagstone fragments.

I laid three flags this weekend, and before I cleaned and stacked my tools (they’re leaning against the house wall in the photo above), I used the mattock to loosen the rocks where the next two will go. And I extended the gravel path from the kitchen garden to meet the edge of the new patio.

Working with these flagstones connects me to the joy we grew in our life together, and to this beloved if rocky ground. It leaves me feeling tired, but very blessed….