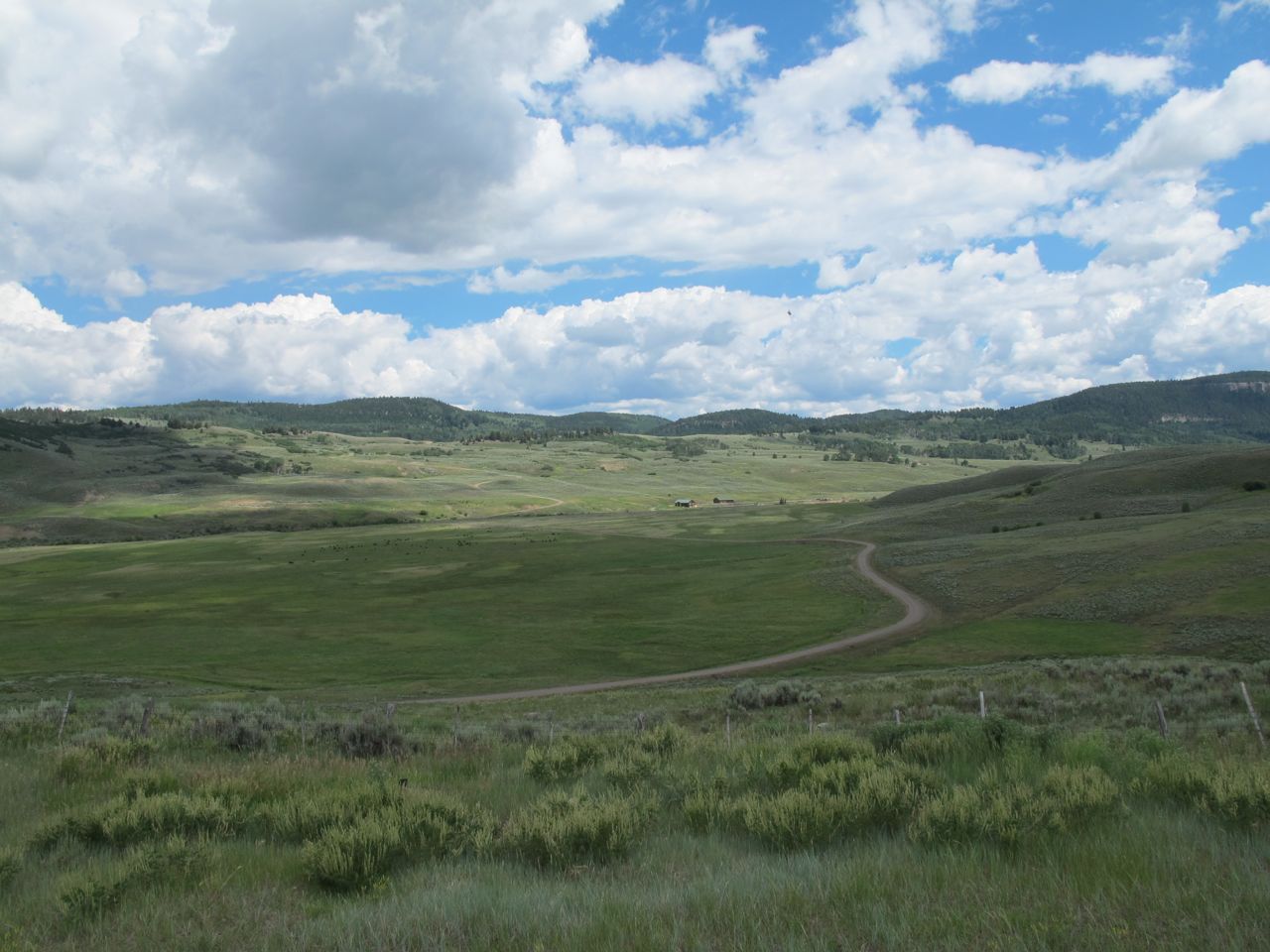 Foothills of the San Juan Mountains along US 50 east of Montrose, Colorado

I hit the road for Western Washington last Tuesday. Only my adventures started the afternoon before when my real estate agent, Kathleen Nelson of Keller Williams, called to say that her broker was preparing an offer on Terraphilia.

“Cool!” The place been listed for less than three weeks. But I wasn’t entirely surprised: On Sunday afternoon, a woman had knocked on the door.

“We were driving by and saw the for-sale sign. We’ve admired the house, and we called your agent but didn’t get an answer. Do you have a brochure?”

I ended up giving them a quick tour. Afterwards, they apparently went straight to see Kathleen’s broker, their former neighbor, at home.

Kathleen chuckled. “Yes. Mark’s working on their offer now. I should be able to email it to you soon.” 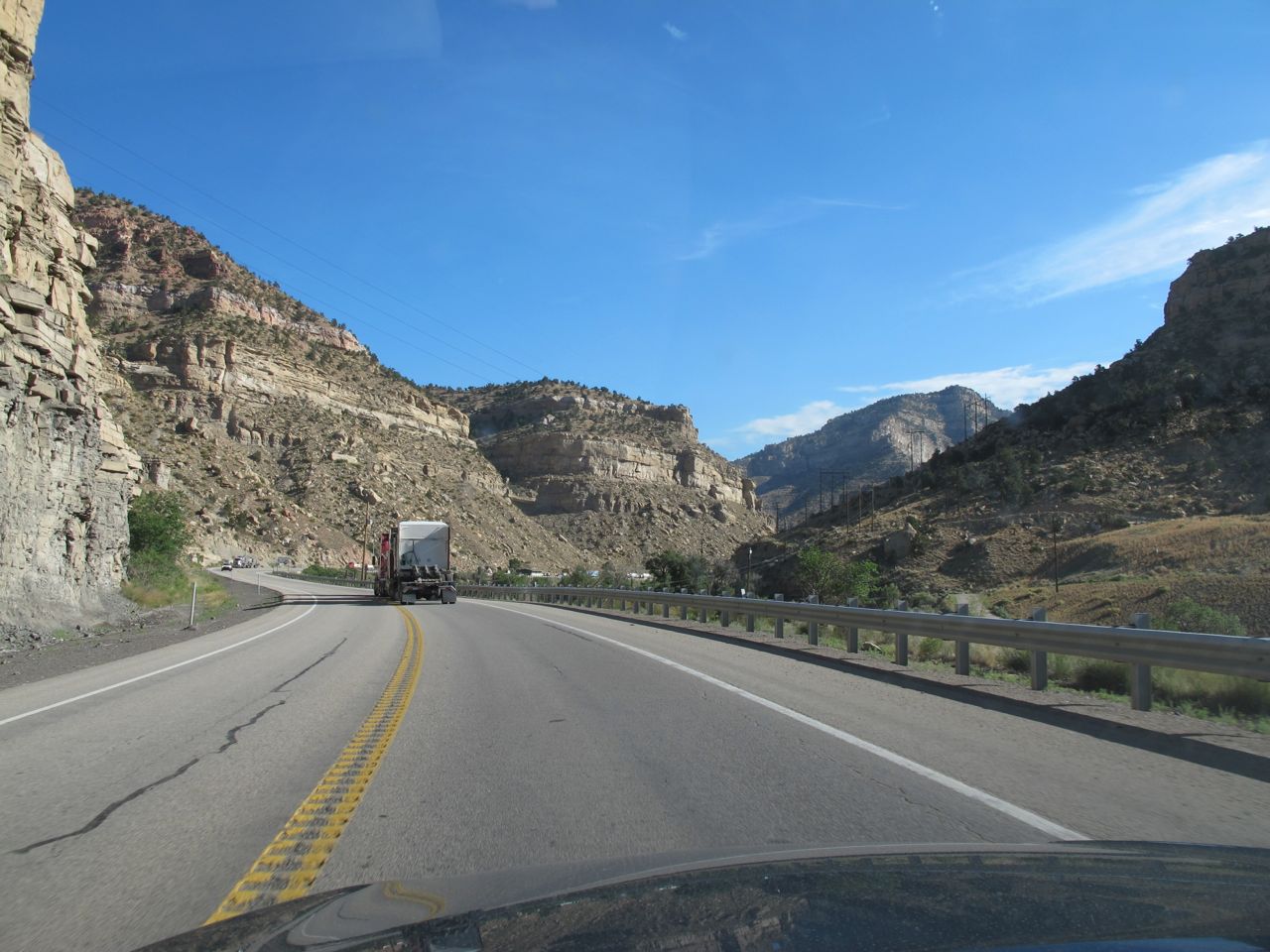 Price River Canyon, above Price, Utah, along US 6.

Keller Williams’ e-document system had hiccups, so it was 4:30 p.m. by the time I got the offer. I skimmed it and called Greg Powell, the lawyer I rely on for real estate issues. He was out of the office. No problem, except I was leaving on my 1,500-mile, three-day drive, the next afternoon.

Greg called back at six-thirty that evening. “I could go over it with you now.” I walked over to his office and we spent 45 minutes reviewing the offer.

I was too excited to get much sleep that night.

The next morning when I should have been doing last-minute prep for my road-trip, I was discussing a counter-offer with Kathleen.

I finally hit the road one o’clock (I only had a seven-hour drive to my night’s destination). Before I left, I made sure Deborah Robson, the newly arrived Terraphilia Writer Resident, had what she needed. I didn’t even forget anything particularly important. 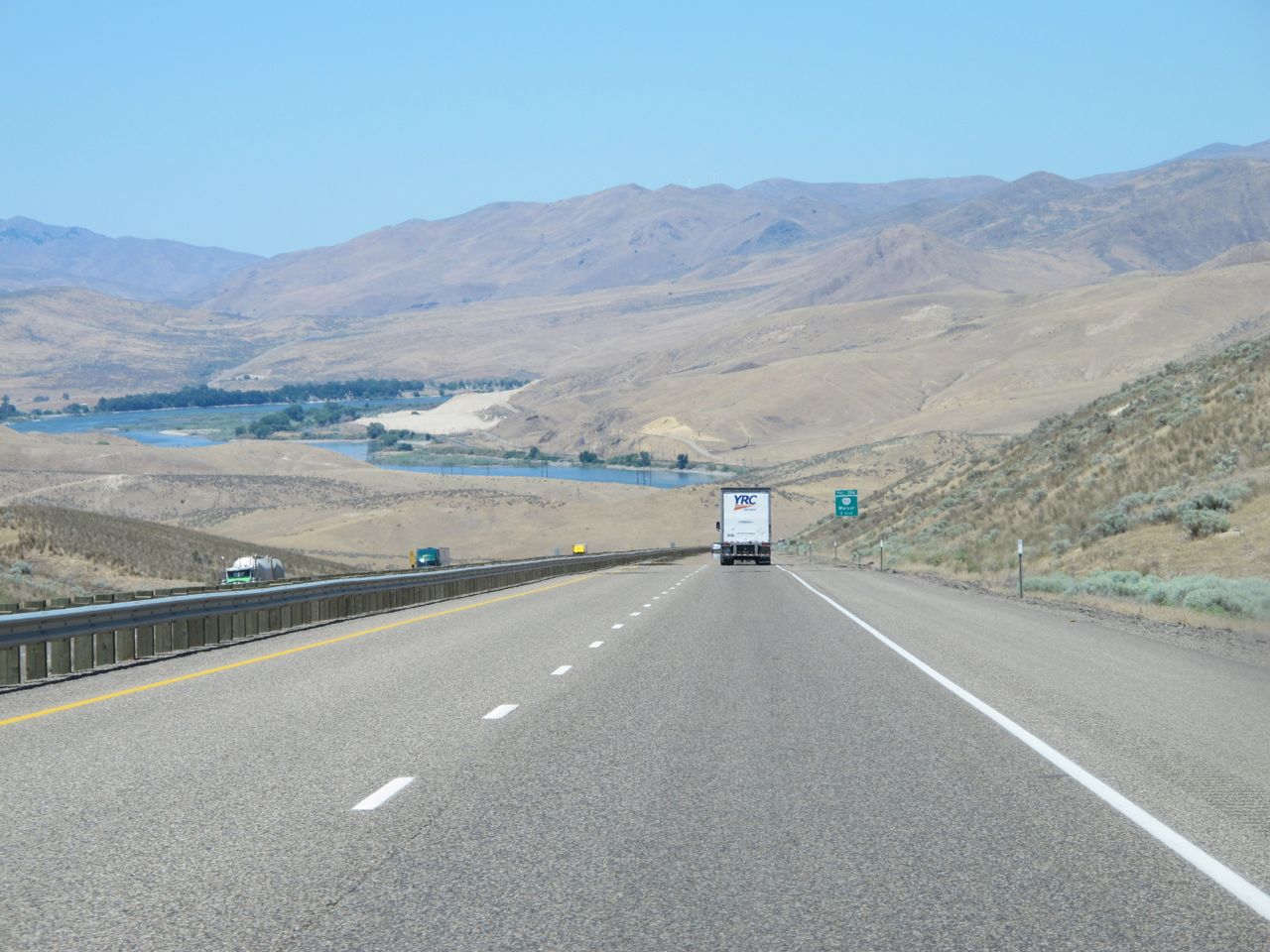 Snake River at Farewell Bend, just before it heads into Hell’s Canyon on the Oregon-Idaho border

At three-thirty, I was driving through Montrose, Colorado, when Kathleen called.

“Another offer just came in.”

“I can look over it when I get to Price, Utah, tonight, but that won’t be until after nine o’clock tonight.”

“They know they’re second in line and that you’re traveling, so they gave you until Thursday morning to respond.”

That night, I read through the e-document with offer number two, and forwarded it to Greg with a note that I needed to talk to Kathleen before he read it.

My first stop to check email on the road the next morning was at a Starbucks in Spanish Fork. I found a counter-offer to my counter-offer on the first offer. I read it through and left a phone message for Kathleen. 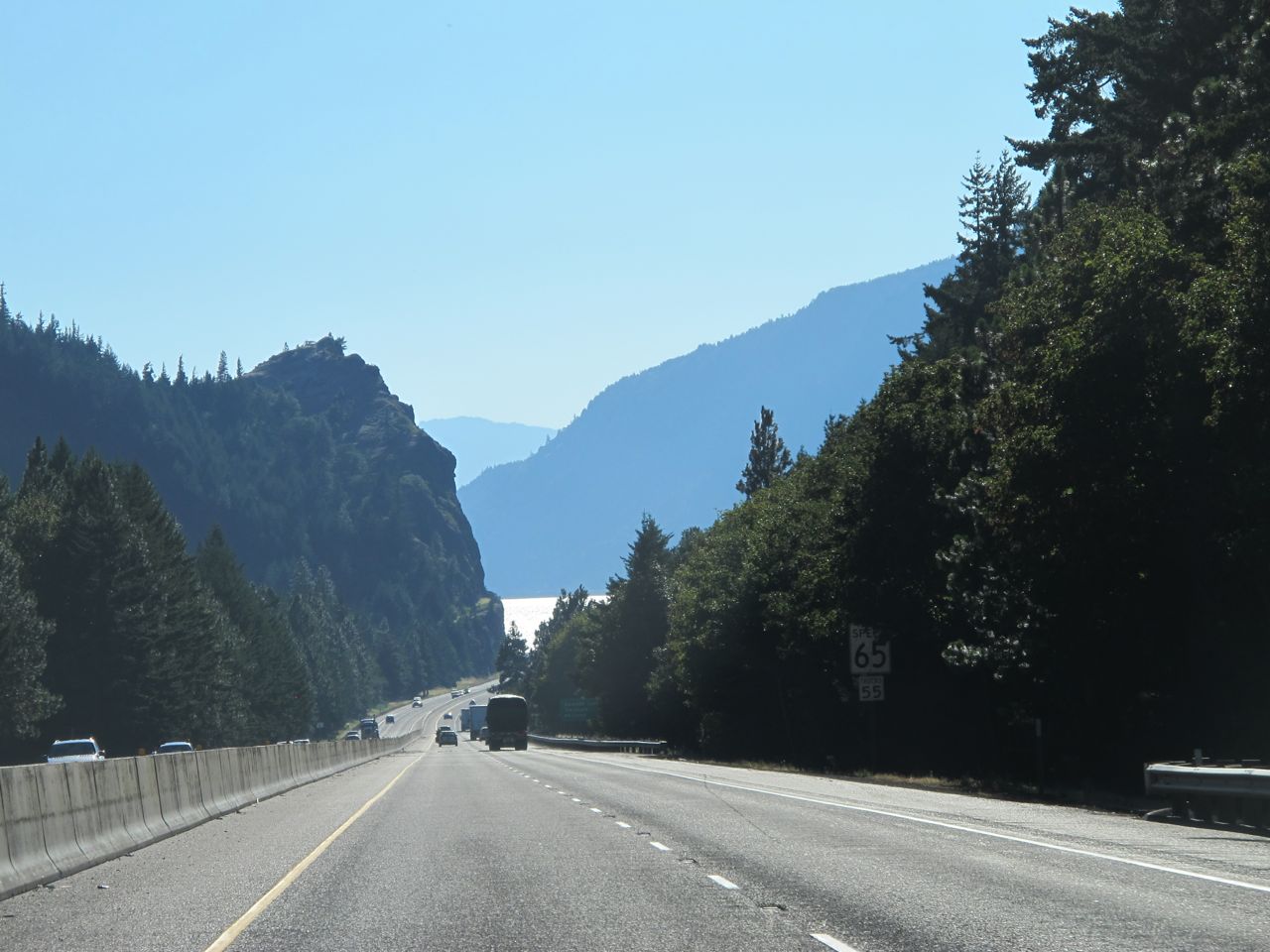 She called just as I stopped at a rest stop in northern Utah. We discussed my counter to their counter to my counter on their original offer. (Got that?) She relayed the information to Mark and called back to say he thought they’d go for it.

Which meant I would need to sign an e-document before close of business that day (Wednesday). No problem, except that I’d have to locate wifi before I left Utah and headed into a very scenic hundred-mile stretch of southern Idaho that is off the digital-service map. 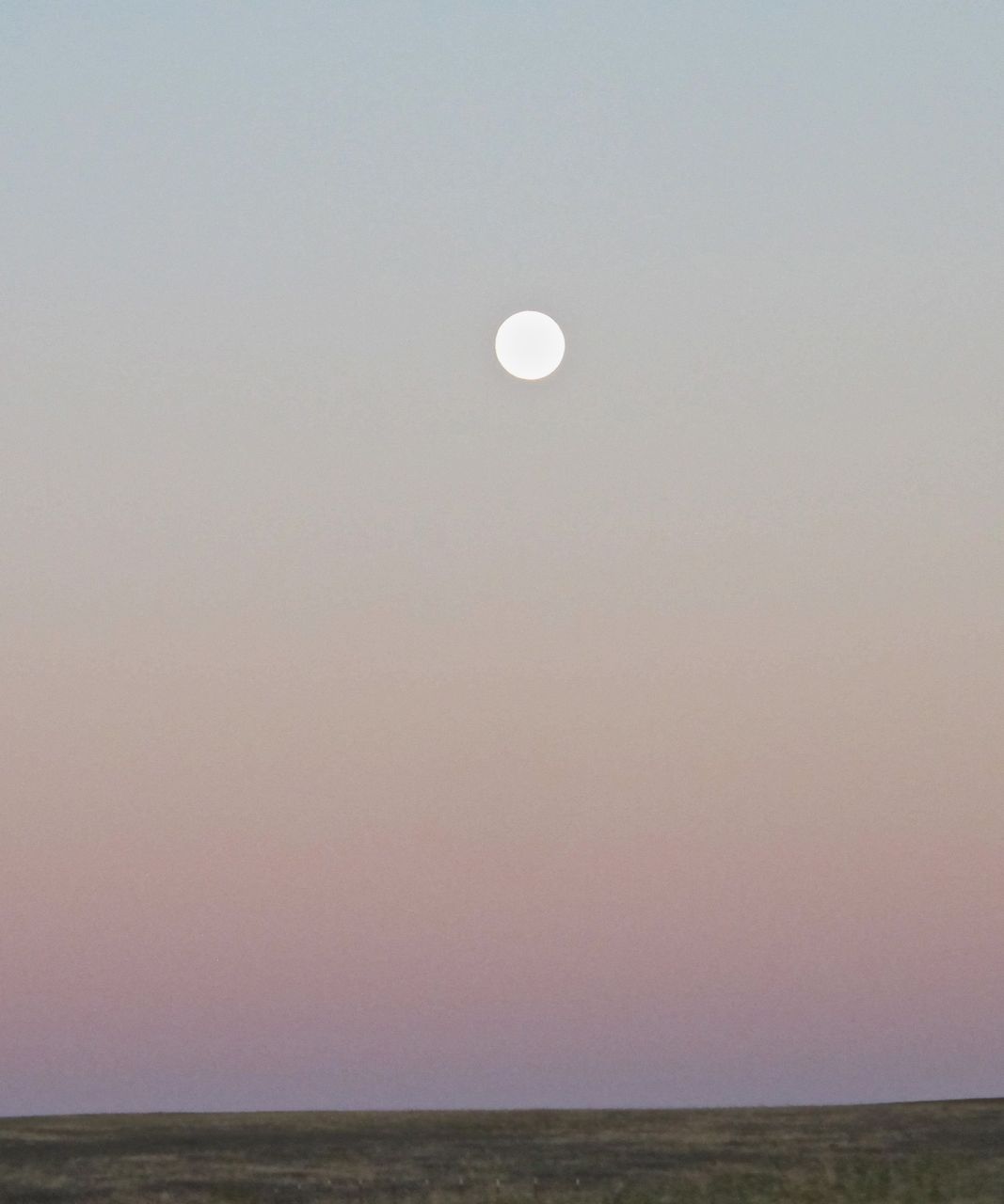 Moonrise over the Columbia Plateau

So I negotiated my way west. When I arrived at the comfy Tweit/Winter farmhouse atop Tumwater Hill outside Olympia, Washington Thursday night, I had news:

“I have a contract on my place.”

“And another in the works.”

After a weekend spent enjoying family–including Molly, who flew in Saturday morning–and celebrating the birthday of the second-youngest of the Tweits (my great-nephew Colin Roland), and the eldest (my dad), I hit the road for home yesterday afternoon.

When I checked email before leaving Pendleton, Oregon, this morning, Kathleen wrote that the second buyers had accepted my counter-offer. So now I have two signed contracts to buy Terraphilia. Closing on the first contract is scheduled for September 13th, a mere eight weeks from now. Yikes!

(The photos give a sense of the country I drove through while negotiating two real estate contracts. Scenic and very restful, unless you really need wifi or cell-phone service.)